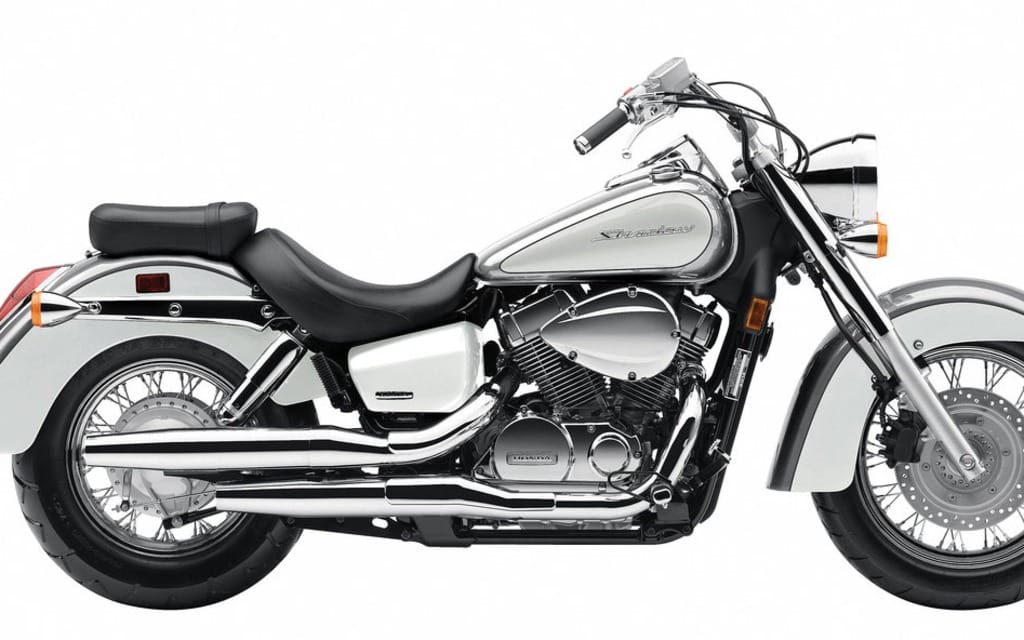 Not long ago, circumstances dumped a low-mileage 2008 Honda Shadow Aero into my life. I spent a lot of time on that machine, racked up the kilometers and regained the feeling I had on the roads of Europe with a CB350 while stationed there in the ’70s. Now we live near the Rockies and have some good twisty roads for day trips in the East and West Kootenays of B.C. My wife Linda and I spend winters in Arizona so my riding season spans more than eight months.

In April 2013 I decided to ride across the country to Fredericton, N.B., where we have a string of military buddies. Linda wasn’t game, but a couple of Web sites were helpful in planning the trip. Camping as much as possible would keep motel costs down. I departed Cranbrook, B.C., on July 13.The excitement came to an abrupt halt on the second day when the bike sputtered and coughed as I tried to depart my nephew’s place on that sweltering Sunday morning in Medicine Hat, Alta. Like many a town out west, motorcycle dealers are not open on Mondays so the local Honda shop was not an option. The lone repair shop that was open had a backlog of repairs and couldn’t even tend to my bike till Tuesday. The vacuum diaphragm in the petcock turned out to be the culprit (which was skillfully repaired, not replaced), and after a miserable four days of “forced rest” I turned my back on Medicine Hat.

Avoiding the Trans-Canada Highway, I chose sparsely populated roads farther south through the Prairies. No rain, much sun, and strong winds lent me an occasional tailwind. I adjusted my own speed to that of the wind several times and felt an eerie though pleasant and puzzling calm, like in a vacuum.
At a small border crossing in North Dakota a U.S. border guard confiscated my Robax muscle relaxant and back pain medication, then wanted to inspect my tent sack, but as I unhooked a bungee cord, it slipped and snapped, knocking off my glasses. She immediately ceased her inspection and allowed me on my way. The ride across the northern states and eventually back into Canada at Sault Ste. Marie was enjoyable and uneventful.

At the Soo, my wife’s cousin joined me for a day on his vintage Shadow. Then I rode solo again, down through Ontario and into Quebec, stopping at Sudbury, Angus, Orangeville, St. Catherines, and Gatineau, staying with friends and relatives.

I encountered truly wicked rain east of Trenton along Hwy 7 to Gatineau. Then it was my almost constant companion all the way to New Brunswick, through Vermont where the sun briefly shone, then into New Hampshire and Maine where it did not. The sky opened up in Farmington Maine, with rain, hail, lightning, and thunder. A fellow biker and I found a measure of refuge under some roadside trees.

One of the prettiest sights on the way back into Canada was the train station at McAdam, N.B. Google it and see if you don’t agree. I stayed four days in Fredericton and purchased an expedition-quality rain suit. Not a half hour out of town on the morning of my departure for home, the skies opened again. I would wear that rain gear from the Houlton, Maine, border crossing til my re-entry at Ogdensburg, N.Y., two nights later. Through Sault Ste. Marie again, into the U.S. and all the way west to Montana on US 2 under a wonderfully blazing hot sun and crystal clear skies. After Glacier National Park I re-entered Canada at Eureka, Mont.

The Shadow has a limited fuel range. Frequent fuel breaks were both a bother and a benefit as I experienced no muscle, neck or back pains as a result of those imposed stops. Never did need that Robax! A decent rest area was never ignored. No speeding tickets and I was not a choirboy all the time. What have I learned from this, my longest road trip ever? Prepare yourself and the bike well. Carry what will be needed for a worst-case weather event; don’t cheap out on rain gear, including overboots and rubber gloves. Avoid camping. Carry a variety of gloves. Ensure your gear can be easily and quickly accessed. Watch the weather forecasts.