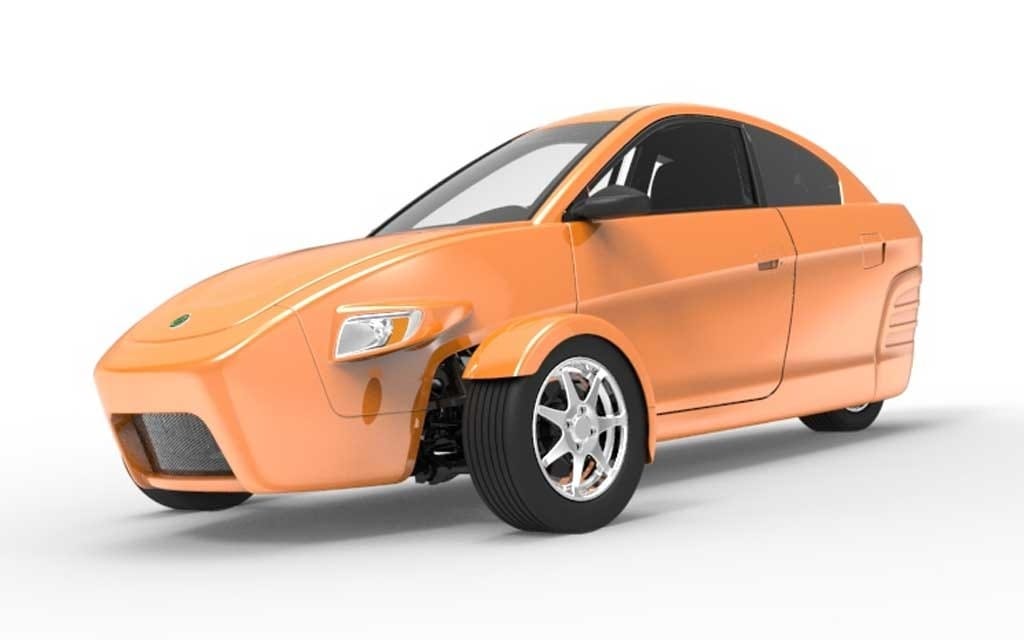 It’s not really a motorcycle

Elio gets legal exemption for three-wheeler
The makers of a three-wheeled car that promises excellent fuel economy has convinced Michigan legislators that it should not be treated as a motorcycle.

The Elio is a light three-wheeler, powered by a 55 hp engine, that the company says will cost about $6,800 U.S. when its put on sale in 2014.
Dealernews reports that only an ordinary drivers licence will be sufficient to legally drive the Elio in Michigan after the passage of a bill in the Senate. Three-wheeled vehicles are normally treated as motorcycles in the United States, which means helmets must be worn in most states and a motorcycle operators licence must be held by a driver.

Elio Motors is also asking for an exemption from the requirement in some states to wear a helmet while driving the vehicle.
California, Texas, and some other states have exempted the Elio from motorcycle requirements.