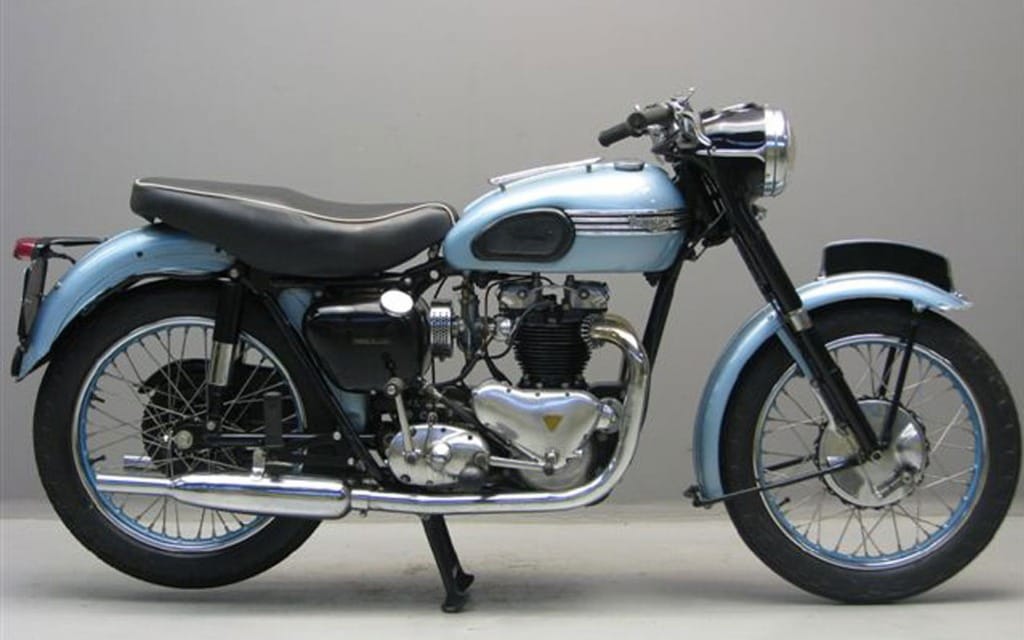 Never give up
A 72-year-old resident of Omaha, Nebraska, will get his Tiger back years after it was stolen from his backyard, NPR reports.

The 1953 Triumph Tiger was found in a shipping container bound for Japan. An investigator for the National Insurance Crime Bureau ran the motorcycle’s VIN through a database and it came up stolen. In 1967.

The theft was lodged with Omaha police, who still had a record of it and were able to direct the insurance cop to the bike’s lawful owner. The Omaha man still rides, and is looking forward to getting his Triumph back. It’s apparently in very good shape, and is on its way home.

Where it’s been all these years is a mystery.