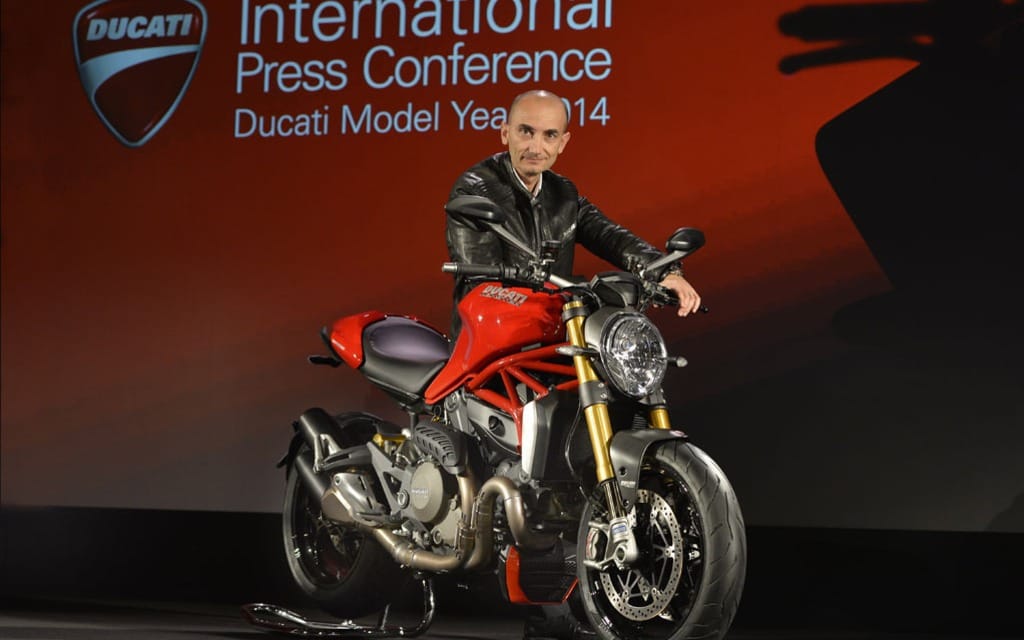 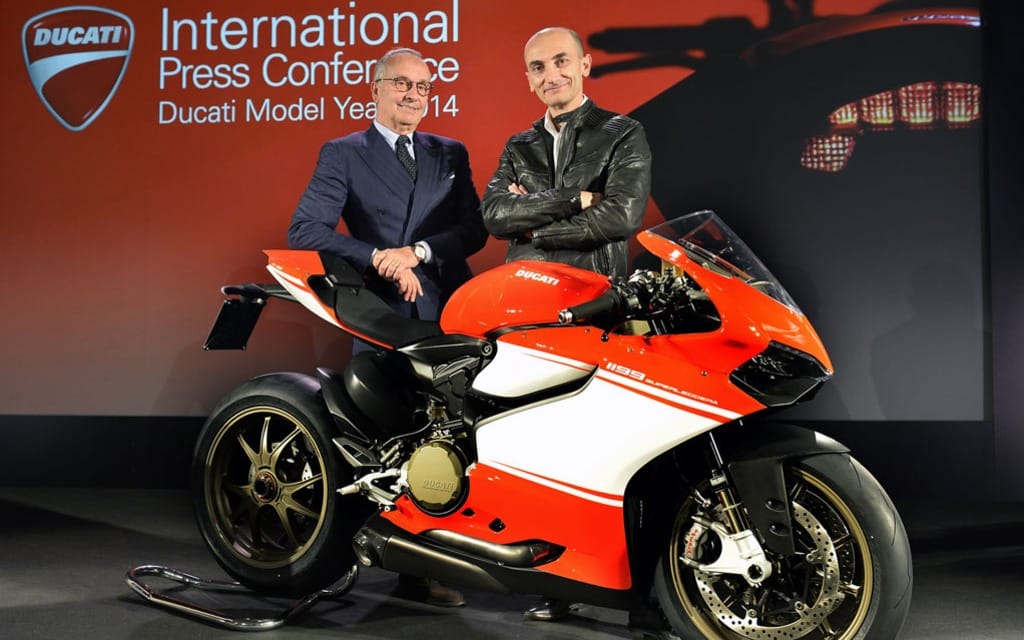 Look out for new Monster
Ducati will show off a new 1200 Monster at the EICMA International Motorcycle Exhibition in Milan this week.

The 899 Panigale, which was shown to the public before the Milan show and is already being sold, will be highlighted at EICMA along with the limited edition 1199 Superleggera and the new Monster 1200.

Powered by the 1198 Testastretta engine with an enhanced set-up for mid-range power delivery and rideability, the brand new Monster uses an entirely new chassis and high-spec brakes, suspension, single-sided swingarm and lightweight wheels. The Monster will have an adjustable seat, 8-level traction control, 3-level ABS and 3-level Ride-by-Wire. A Monster S model will have an engine that the company says will make 145 hp, and  92 lb-ft of torque, and will boast a dry weight of 182 kg.

Another major addition to the 2014 range is the 1199 Superleggera, which was previewed through an exclusive website, accessible by invitation only and intended to reward Ducati’s top customers. About 90% of the 500 motorcycles that will be produced have already been sold, with the entire production run expected to be delivered by July 2014.

A fourth new Ducati won’t be revealed until 2014, the company says.

“For Ducati, EICMA is a key, strategic event,” Domenicali said during a presentation press conference. “Despite the slow market, Ducati looks to the future with optimism and confidence, implementing both a major product development plan and constant technological innovation.” He said he expects strong sales to continue for Ducati.

Walter de Silva, who heads the Volkswagen design group (Volkswagen owns Ducati) was also at the press conference and said Italian styling and design is a key component of Volkswagen’s brands. “Many Ducati motorcycles, especially the latest models just presented such as the 1199 Superleggera or the new Monster 1200, epitomise the Italian style for which we are renowned and revered worldwide.”

The press conference also allowed Ducati to re-state its commitment to road racing in the coming year after a poor season. In MotoGP the Ducati Team riders will be Andrea Dovizioso and Cal Crutchlow, while Chaz Davies and Davide Giugliano will ride the 1199 Panigale for the 2014 World Superbike season.