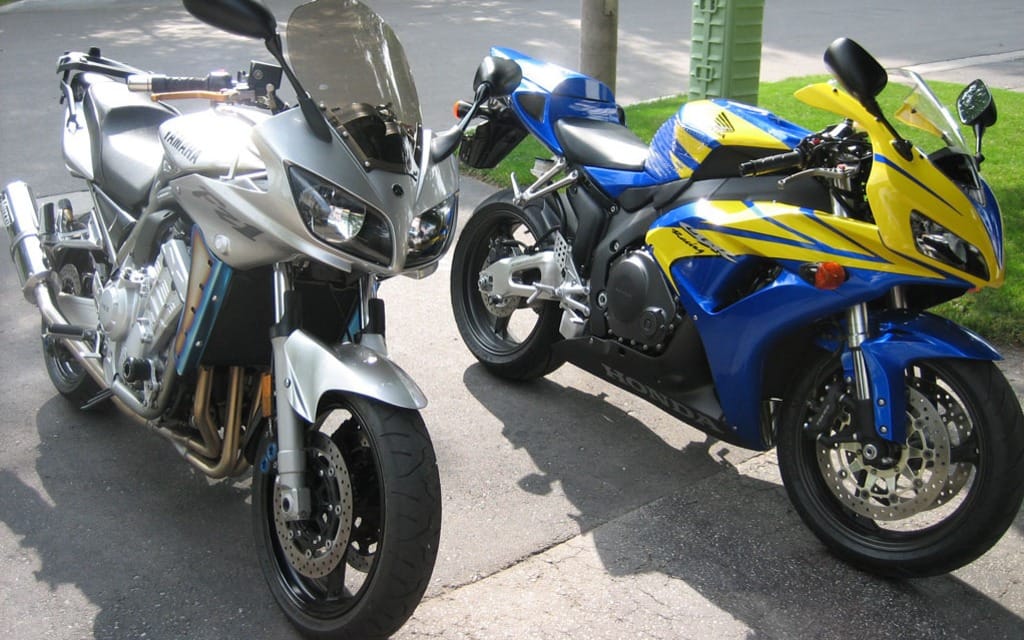 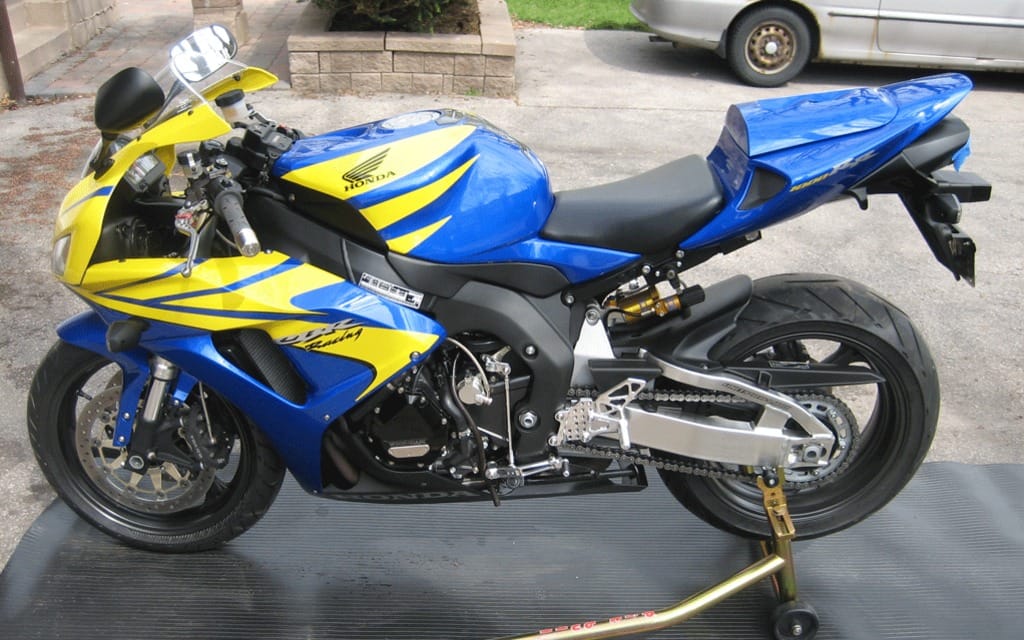 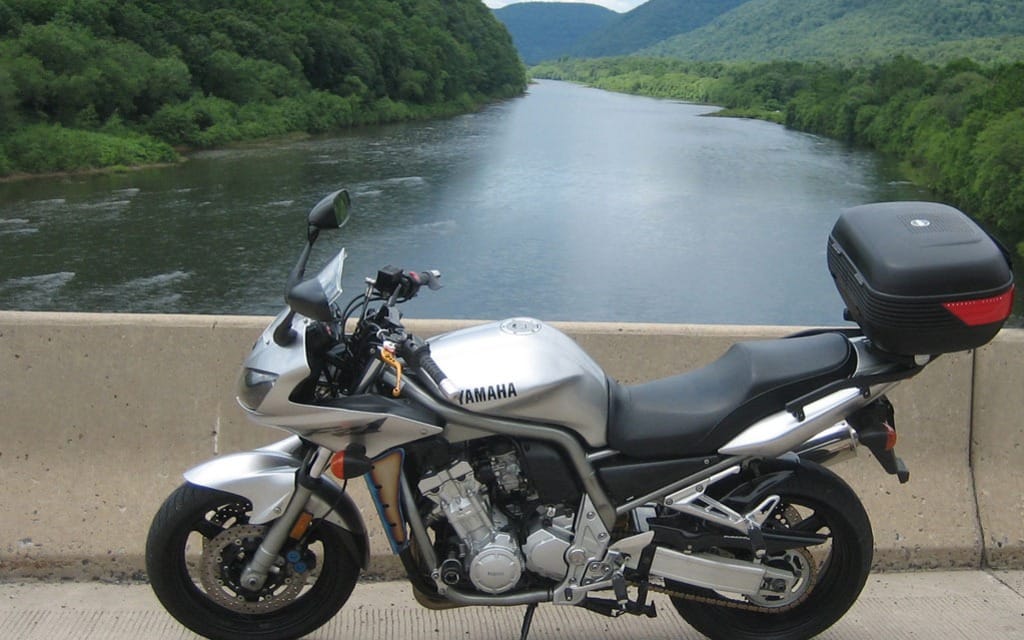 “The more I rode the bike the more impressed I was with its comfort, supple suspension, sensitive feedback and more gracefully consistent lines through backroads.” — That’s Bruce Reeve, writing in 2001 about Yamaha’s new, nearly naked FZ-1. But wait. Graceful? Sensitive? Is he talking about a slightly down-tuned R1, or his hair stylist? Let’s continue: “If good manners aren’t enough, just turn up the dial and the FZ-1 runs away.” Somewhat better, anyway. In this comparison test of the 1,000 cc Yamaha and a 900 cc Honda, the FZ-1 scored for its comfort and, with 127.6 rear wheel hp, superior engine performance.

Then there was Neil Graham, writing about Honda’s 2006 CBR1000RR: “I entered what I believed was a fast sweeping corner only to realize, with horror, that it was a very tight bend. But I heeled the bike over and with knee and toe skimming the tarmac I nonchalantly made it through. I’d never gone through a corner as aggressively, but the Honda was nowhere near its limit.” That 2006 Honda was 3.6 kg lighter than the ’05 model and, as Graham learned in an eye-blink, easier to flick into a turn, and so his review emphasized diplomacy over brute force. “The Honda is so willing and forgiving that it instills confidence—it’s as docile as an Accord four-door at low speed.” Nevertheless, Graham found that twisting the throttle and revving the CBR to its limiter produced a highly satisfying lunge.
This month’s man purchased this month’s machines new from dealerships, starting with the Yamaha. And he’s no dummy—he waited until his wife was out of town.

HOW DID YOU ACQUIRE THE BIKES?
I bought the FZ-1  in 2002 while my wife was visiting family in  Japan. She wouldn’t even sit on an R1 at the bike show, so the FZ felt like a good compromise, and it was cheaper than my first choice, a Honda Blackbird. The FZ1 was great but I still lusted for a pure sportbike. In 2006 my wife went to Japan again, so I went with her, and one day we visited a Honda dealership in Tokyo and they had a yellow and blue CBR1000RR. You don’t often see those colours on the CBR and I’d forgotten how good they looked. So in early 2007, I bought a new 2006 model from Markham Outdoor Power.

WHAT HAVE YOU MODIFIED?
After I had the FZ-1’s engine rebuilt, I changed a number of things on the Yamaha. The stock exhaust was incredibly heavy so I replaced that with a full Muzzy system. I put in a jet kit, I put Öhlins springs in the fork and an Öhlins shock and steering damper kit, steel-braided brake lines, frame sliders, and a handlebar lowering kit. I tried out some LED lighting, an undertail kit, and taller windscreens, but I didn’t like them and went back to the stock windscreen and tail configuration. I did also install some Givi bags.
With the CBR, I put on HeliBars risers, an Öhlins shock, steel-braided brake and clutch lines, a TSR slave cylinder, and recently I put on Harris rearsets and Woodcraft engine covers. The bike was fast enough so I didn’t change the exhaust or modify the engine. I did take off the passenger pegs and I installed a Givi plate on the passenger seat so I could use the bags on longer trips, but I haven’t tried that out yet.

WHY DID YOU REBUILD THE FZ-1 ENGINE?
Ryan Gill who works now at Pro 6 Cycle in Toronto did the rebuild about seven years ago. He had his own shop back then, and he said the rod bearing was improperly installed or maybe defective. It was at about 22,000 kilometres and it starting making a strange knocking sound. If I had been harder on it, it might have gone before the warranty was up, but Yamaha did offer to cover the cost of parts as long as I had the work done by a Yamaha dealer. I had a friend who strongly recommended Ryan for the work, so I took it to him and I still think it was the right way to go.

WHAT DO YOU LIKE BEST ABOUT EACH BIKE?
The FZ-1 can be easily modified to suit the rider’s needs. There’s so much aftermarket stuff available that it can be made sportier or more touring-oriented easily. And it’s big and rangy enough to use on long trips, but small enough to hang with the sportbike guys on twisty roads. So I would say its flexibility. With the Honda, I like the centre-up exhaust system. It reminds me of older Ducati superbikes, and Honda’s NR750.  I also like the electronic steering damper, but I’ve heard that some track riders ditch the early version of it.

HOW FAR HAVE YOU RIDDEN THEM?
I’ve taken the Honda to Barry’s Bay, just south of Algonquin Provincial Park. Now that I have the HeliBars and the luggage, I hope to take it farther, probably down into the States. I’ve ridden the Yamaha to Pennsylvania with my wife. When I was younger I rode to Kentucky and West Virginia, and to New Hampshire, but I found that the riding in Pennsylvania is really nice. Which is good because it’s so close to southern Ontario. Some of the towns there are a little rough, though. I parked a bike in my motel room once to keep it away from some construction works in Williamsport.

IS THERE ANYTHING WRONG WITH THE STOCK HONDA?
Not really. It took me a while to get used to the fuel-injection and the throttle response. You have to be careful with the immediacy of the Honda’s throttle response, but once the tires are warmed-up she’s pretty friendly, too. Other than that, the engine feels a little dull unless you’re winding it out. The colours are a little young for me now, too, but that’s my own fault.
It’s ironic that I had to put handlebar risers on my pure sportbike, or that I can’t ride it any faster than my sport-tourer, but for me a large appeal with this category of machine is the technology employed in its construction. The arching frame, the beautiful swingarm, the placement of the engine, the materials and components, all that stuff fascinates me. I know I can never push the bike to its limits, but it’s neat to know that I own such a machine.

AND THE YAMAHA?
The FZ’s wind protection isn’t bad, but I felt it could’ve been better. That’s why I experimented with the aftermarket screens, but I never found anything I liked better than the stock screen

HAVE YOU CRASHED?
No, but I did have a minor close call with the Honda once when I was taking it off the rear stand and forgot to put out the sidestand. I was standing beside it at the time and it just sort of fell into me, so I stopped it from hitting the ground. I was lucky that it’s such a light machine.

IF YOU COULD KEEP ONLY ONE,
it would be the Yamaha. I’m probably a more confident rider on the FZ-1. The handlebar gives great leverage in corners and the throttle response from the carbs is more friendly, too. Quality must have been a priority with Yamaha because even after 11 years it still looks good.

BACK PAGES
FZ-1: Downshifting one or two gears produced no discernible power increase, but rowing down to third or even second gear would bring the engine speed above 7,000 rpm, and at that point you’re introduced to a whole different world. —April 2001
CBR1000RR: “I know this bike too well,” Crevier says. “The power is a bit boring and the peg feelers drag too easily, but it’s a great track-day bike because of the solid handling and the great brakes.” —September/October 2006