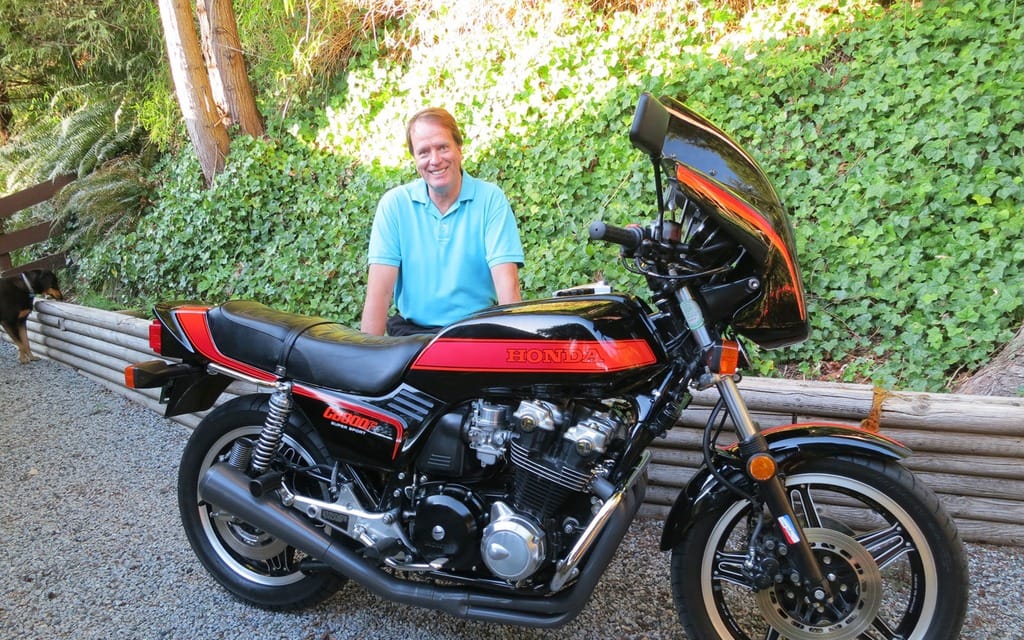 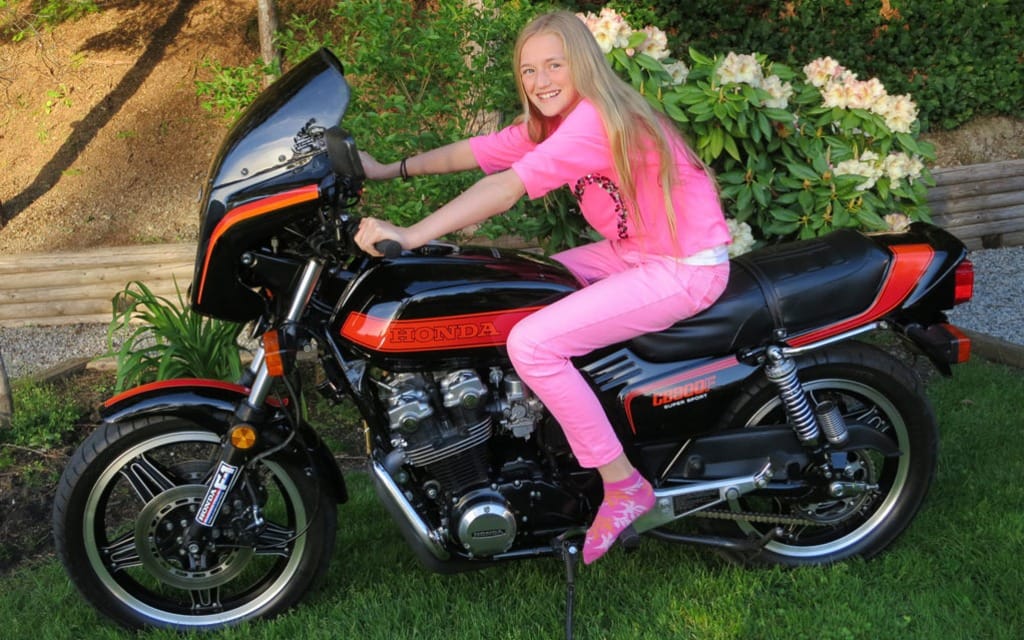 Was it a left-handed compliment when Cycle Canada’s editors called the CB900F “all that a 750F rider ever wanted”?
Not exactly. The test of a 1981 model in the June ’81 CC revealed that the 902 cc Honda was better in many respects than the 750 Super Sport it appeared to be based on. “It’s forte and its breeding are in the European environment,” the report concluded. “It has the speed, endurance, handling and braking to strafe the autobahns and Alpine passes at the head of the pack.” Technology would soon leave big, unfaired, air-cooled fours behind, but in 1981, if you wanted a high-performance Honda, you wanted a CB900F, and 32 years later, nobody who’s owned one has ever forgotten how gorgeous it looked. Mike Robson, who has owned this example for just over half his life, keeps it just about pristine—in fact, maybe a little too pristine.

How did you get into motorcycles?
I’ve only had three bikes. First, a CB175 Honda, and the reason I ended up with that was I got pulled over by the police when I was taking my driver’s test in a car, so I flunked my driver’s test and I decided I’d go out and get a motorcycle. I went through a red light, so the cop comes up to me and says, “Can I see your driver’s licence?” and I said, “I haven’t got one yet.” After that bike I got a Kawasaki 500 triple. That was a lot of fun, that thing. And then I bought this because they were coming out with turbo bikes, and I didn’t want that, so I bought this.

Why so few kilometers after all this time?
I only ride it about a thousand or fifteen hundred kilometers a year, usually all on one weekend. I used to sell Porches for a living. I got a new demonstrator every three or four months, so the thrill of driving those around superseded the motorcycle for a while.

Has it ever let you down?
I’ve had two issues since I bought it. The stator gave out on me one day in Washington state. I rolled to a stop at the end of this driveway and I walked up to the house and asked the lady if I could leave the bike there for a while, and she loaned me her car. So I tried to go up to Canada to get a new battery. They wouldn’t let me across the border with her car, so I left it there and I hitchhiked up to Abbotsford, and by the time I got back to her house, she was calling the police because I’d been gone for about eight hours. I made it home with the new battery and got it fixed.
And then I just had a rear brake caliper seize on me this past weekend, and I had to rotate the caliper off the disc and drove home with just front brakes. I got that fixed a couple of days ago.

How did you get into motorcycles?
I’ve only had three bikes, a CB175 Honda, and the reason I ended up with that was I got pulled over by the police when I was taking my driver’s test in a car, and so I flunked my driver’s test, and I decided I’d go out and get a motorcycle. I went through a red light, so the cop comes up to me and says, “Can I see your driver’s licence?” and I said, “I haven’t got one yet.” After that bike I got a Kawasaki 500 triple. That was a lot of fun, that thing. And then I bought this because they were coming out with turbo bikes, and I didn’t want that, so I bought this.

What have you modified?
It’s mostly original, but I have an Ontario Moto Tech 4-into-1 exhaust, Wes Cooley Superbike Bars, a Shoei FM2 fairing, 1984 Suzuki mirrors, and Hondaline crash bars on it.

Have you crashed on it?
Because I don’t drive it very much, my tires tend to last a long, long time. And one day I was coming into this corner and I felt the back end lock up. I think it was partially to do with a bad brake caliper and a bad tire, so I let off the brakes and before I knew it I was on the outside of the corner. I looked down and saw sand, so I was horrified, I thought, “This is gonna be ugly,” and I made a promise to myself I wasn’t gonna drop this bike no matter what. And it was lucky, because the ditch was quite steep, so I just sort of went off the edge, and I slid down the sandy bank but I ended up on the top of the ditch with the bike leaning against the side. It didn’t fall over. So the only thing I damaged was the front fairing and the turn signals. I had a crash bar on it so it didn’t damage the paint. But I was looking down at it with a broken collarbone, wondering what the hell just happened?

The tow truck driver brought the bike to my house, and the first thing he said to me was, “Man, your bike is really heavy.  Sorry, but it fell over.” And naturally it fell over on the good side, so I had to replace both right side turn signals and get the exhaust ceramic coated. The only mark on it now is a scuffed crash bar. It’s hardly noticeable but I have a brand new Hondaline crash bar to install if it ever bugs me.

And I couldn’t find another fairing like that for the life of me. It took me about a year. I phoned every place I could think of, and everyone said no, those are long gone, and then I got a lead about this guy in the States, and so I phoned him and said, “You got any FM2 Shoei fairings?” and he goes, “Yeah, I got about 600 of them.” I just about fell off the floor!

How much maintenance  have you done on it?
I keep good records, so I know I’ve done 35 oil changes since it was new, it’s had seven batteries, new fork seals at 18,934 kilometres, the new stator at 24,683, a new chain at 31,210 kilometres, a rebuilt rear caliper at 34,583. And it’s had three front tires and four rear tires. The clutch, front brakes, paint, seat, and rear sprocket are all original, but it’s only had the chain replaced once, and I just replaced the brake pads. I’ve got the brand new Honda exhaust in a box with 70 kilometres on it. In ’83 I bought the Ontario Moto Tech 4-into-1 and about every four or five years I take it off and get it ceramic coated again, so it’s still good. I also have the original Dunlop tires with 12,000 kilometers on them, original mirrors and original handlebars and a brand new pair of Öhlins rear shocks in the box.

You take good care of it.
Anything that bike needs, it gets. Money is no object.