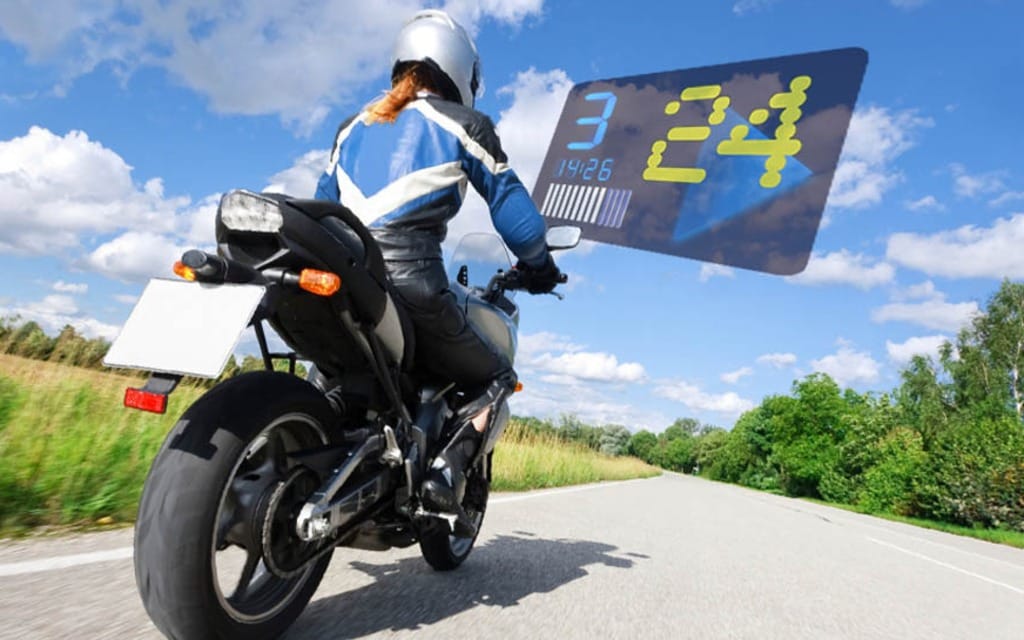 Keep your head up

It’s called a HUD, is said to be similar to that used by fighter pilots, and it projects an image with important motorcycle information, such as speed, gear selection, and engine speed, to a visual field in front of the motorcyclist. The HUD image does not interfere with the rider’s normal vision, the company says, so a rider can use it while still seeing the road ahead in a normal manner.

The system will be available in Britain at a cost of about 400 pounds. It will consist of three parts, an in-helmet display, a cell-phone-sized motorcycle unit, and a handlebar-mounted control panel. An average home mechanic will be able to install it quickly, the company says.

“The Bike HUD is intended to work in the rider’s peripheral field of view and make riding safer,” said Dave Vout, an engineer who founded Bike Systems in 2012.

The HUD would be useful to street riders as well as racers, he said. No word on availability in Canada, but the company is seeking investors through Seedrs.