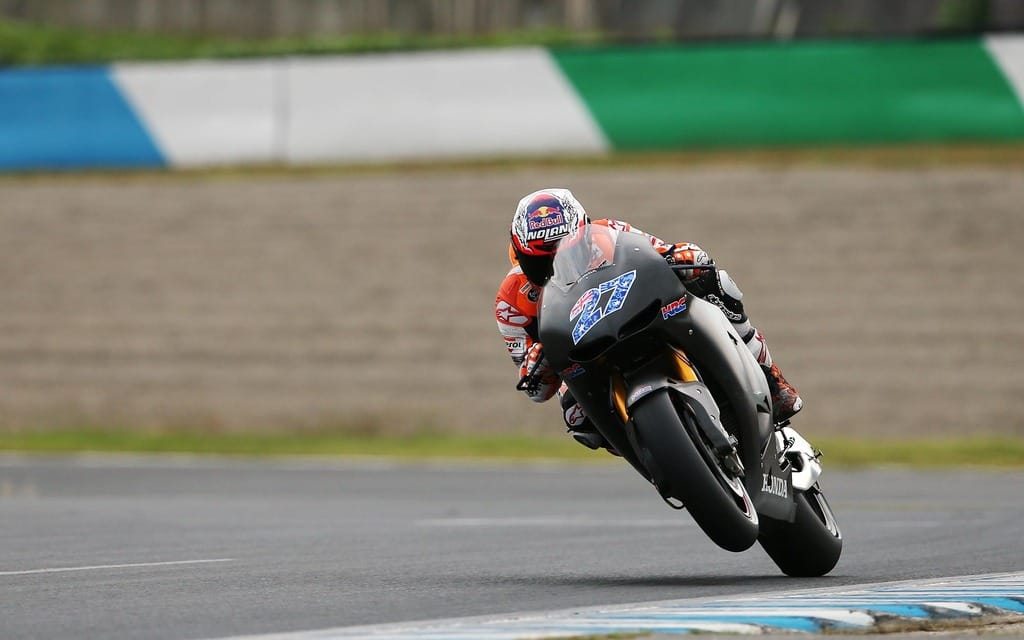 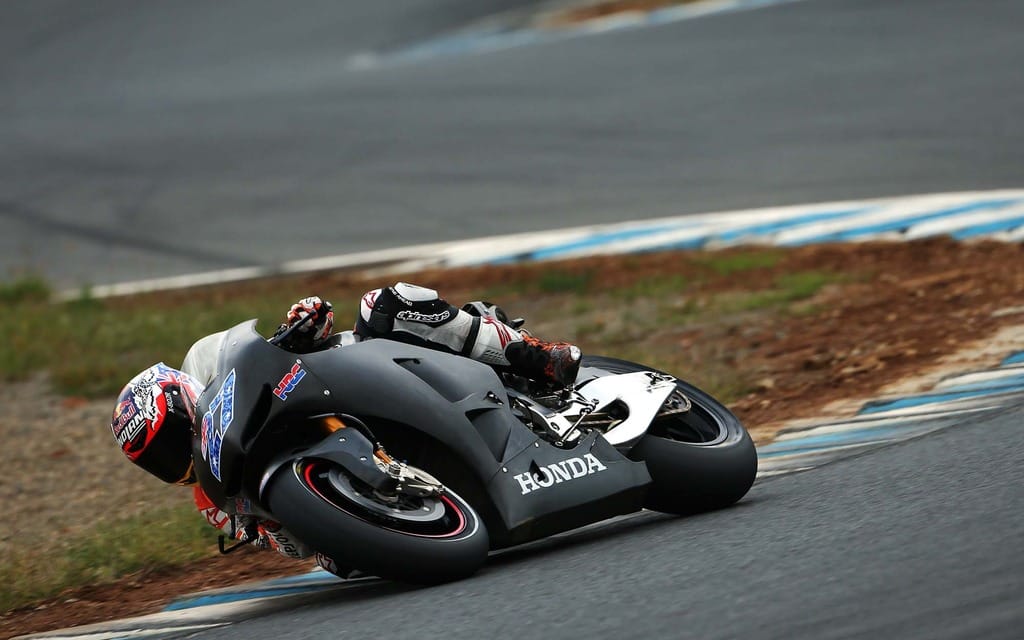 Stoner likes Honda’s production MotoGP bike
Honda’s affordable MotoGP bike, the RCV1000R, received praise from rider Casey Stoner after he tested it at the Motegi race track in Japan late last week.
Stoner said the newly developed race bike felt similar to the Honda factory’s RC213V MotoGP racer, though it was down a little on power. A Honda press release stated that Stoner, a two-time world champion, was able to lap the Motegi circuit at “high average speeds worthy of the RCV213V.” Stoner said the production racer was “more impressive” than he had predicted, and should be competitive.
Stoner, who has signed with Honda as a development test rider after he retired from racing, also rode the 2014 RC213V at Motegi and said it was greatly improved over the current model.
Honda is developing the RCV1000R production racer for use by non-factory teams, which will compete in the MotoGP series under slightly different rules.