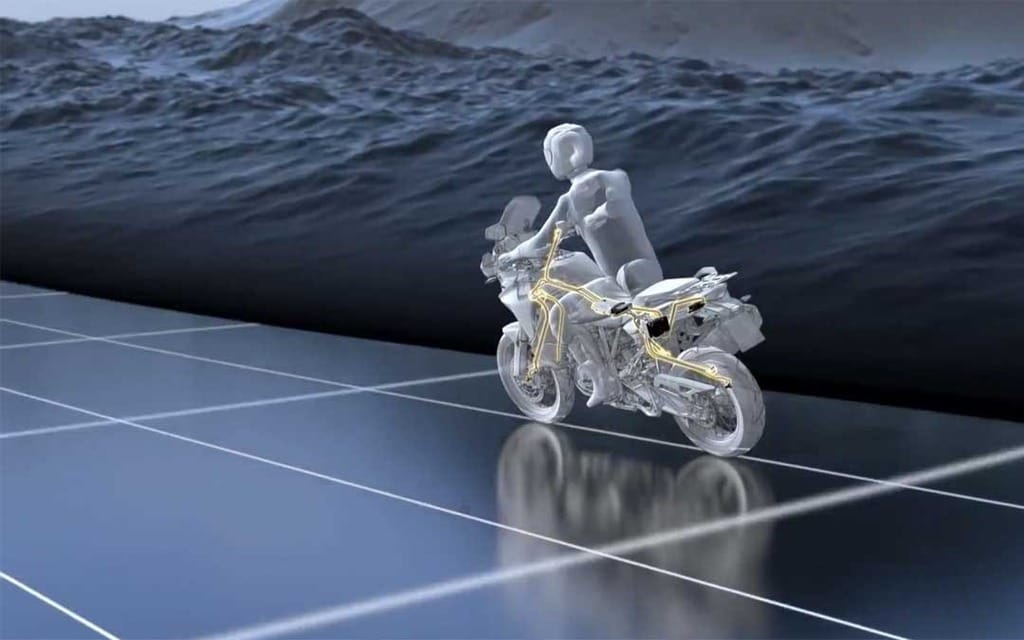 Stability system keeps rubber side down
Motorcycle manufacturer KTM and electronics giant Bosch have teamed up to make bikes safer.
A stability control system developed by Bosch is part of the 2014 KTM 1190 Adventure and could help riders stay up on two wheels in some situations, Bosch says. The German company has developed stability systems for cars, and now is introducing one for motorcycles, called MSC, for Motorcycle Stability Control.
The system senses a number of quantities while a motorcycle is in motion, gauging wheel speed, lean angle, pitch angle, acceleration, braking pressure, and other factors to determine when a wheel is about to lock up or slip sideways and to prevent that from happening. It also distributes brake pressure more efficiently between the two wheels, and prevents a motorcycle from standing up under braking.
Bosch doesn’t say what the system does to perform these miracles, but a video from the company makes it sound like a good deal for KTM riders. The 2014 Adventure is otherwise identical to the 2013 model.