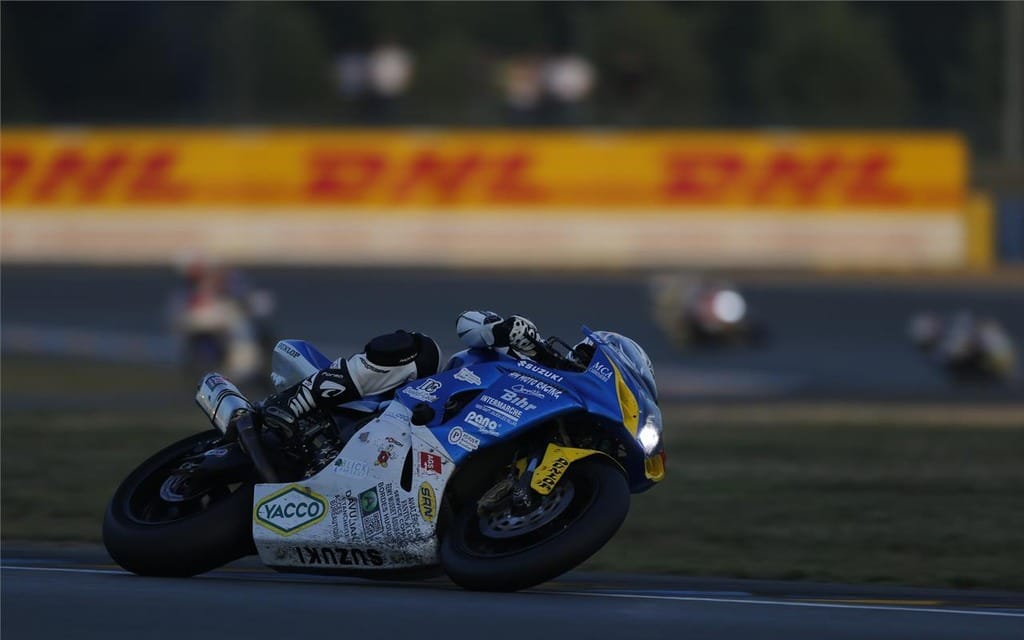 Suzuki team wins World Endurance championship
A Suzuki team has won the FIM World Endurance Championships with a 26th place finish in a 24-hour race at Le Mans in France on Sept. 22. Team riders Vincent Philippe, Julien Da Costa and Alex Cudlin managed to keep their GSX-R1000 in the race despite a crash that was blamed on a fluid leak and a decision by the team manager to rebuild the motorcycle’s engine to repair crash damage.
Another team member, Anthony Delhalle, broke his leg and collarbone in a practice crash earlier in the week. He was replaced by Da Costa, who mounted the Suzuki following the rebuild and had to break-in the engine while racing.
The Le Mans event will a dramatic one, with a crash involving five riders, one of whom, Honda rider Simon Andrews, suffered broken legs and ribs a punctured lung, and fractured vertebrae. The Honda in that incident was destroyed, causing the team to withdraw from the race.
The Suzuki team ran at the front during qualifying sessions before the race, but the fall by Philippe 15 minutes into the race put them behind. The team managed to come back from 54th position to win the championship by five points. It was the team’s 13th World Endurance Championship title.