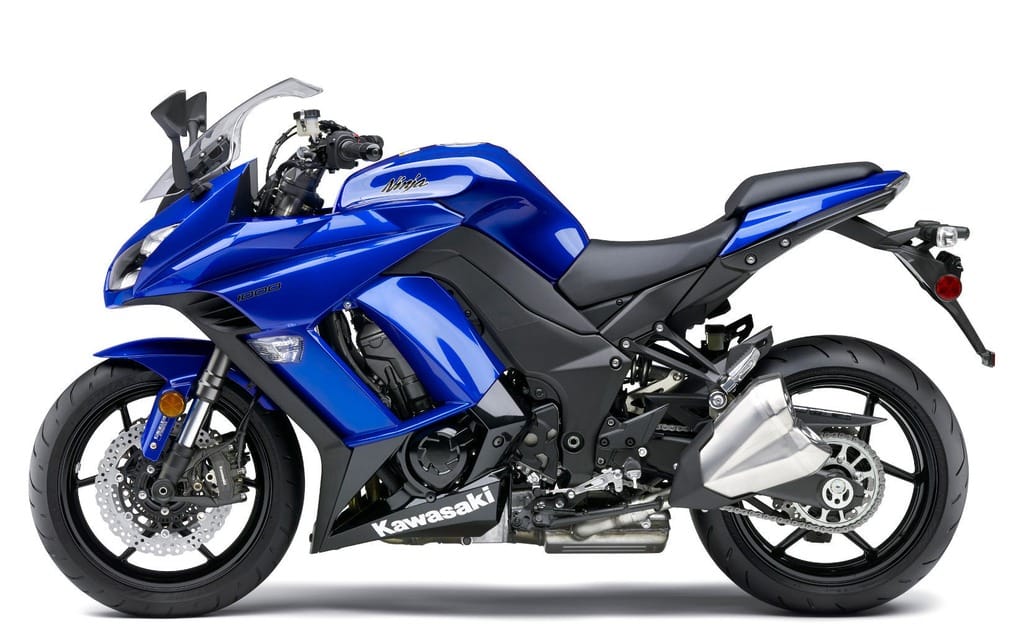 Kawasaki shows new litre-bike
Kawasaki has shown U.S. dealers an upgraded Ninja 1000 ABS for 2014 at the company’s dealer meeting in San Diego. A new KTRC traction control system with three modes, two power modes, “monobloc” radially mounted front calipers, a taller sixth gear, and optional integrated luggage are among the improvements Kawasaki is claiming.
But you want to know about the engine, don’t you? The 1,043 cc incline four is claimed to be more powerful in the low and medium rpm range thanks to revised intake cams, additional airbox vents, and other small improvements. Kawasaki says a “more pronounced growl of the intake at low-RPM and intoxicating howl at full-song will put a smile on even the most jaded rider’s face,” so don’t expect a whole lot in terms of improved performance. “This engine’s magic is more about flexibility and easy-to-use oomph than simply peak horsepower,” Kawasaki USA says.
The promotional line has degenerated almost to the level of humblebragging, but the Kawasaki does look good (if you can swallow that ugly muffler arrangement) and the luggage feature may come in handy, if the seat and riding position will allow more than a three-hour ride. We’ll see. Will it come to Canada? Yes. It’s already on the Canadian Kawasaki website, shown in blue and green, though no price is announced, but the 2013 models is $13,000, and we don’t expect a big change from that for 2014.