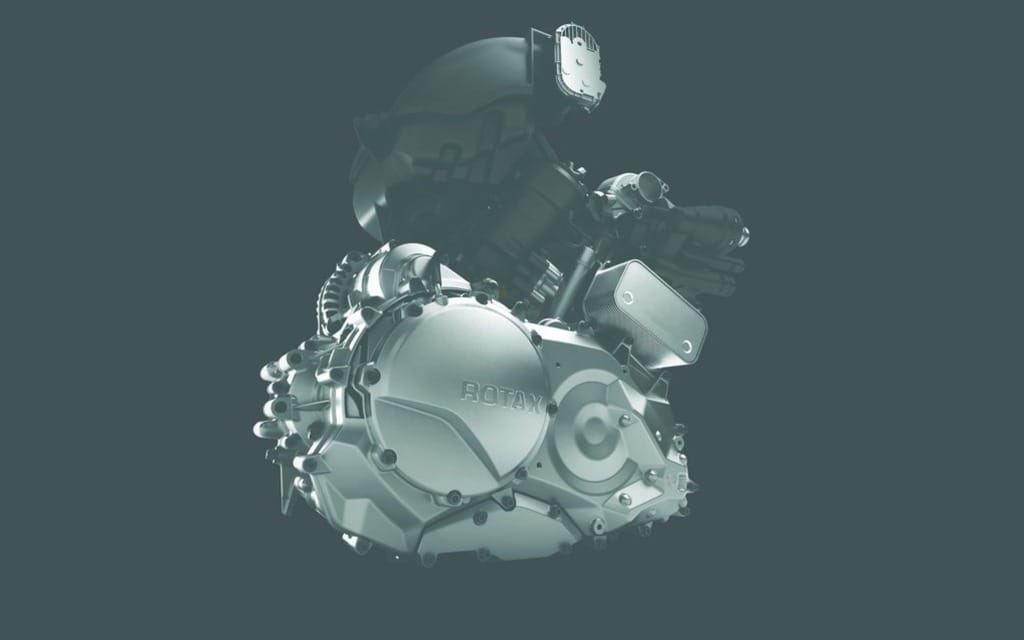 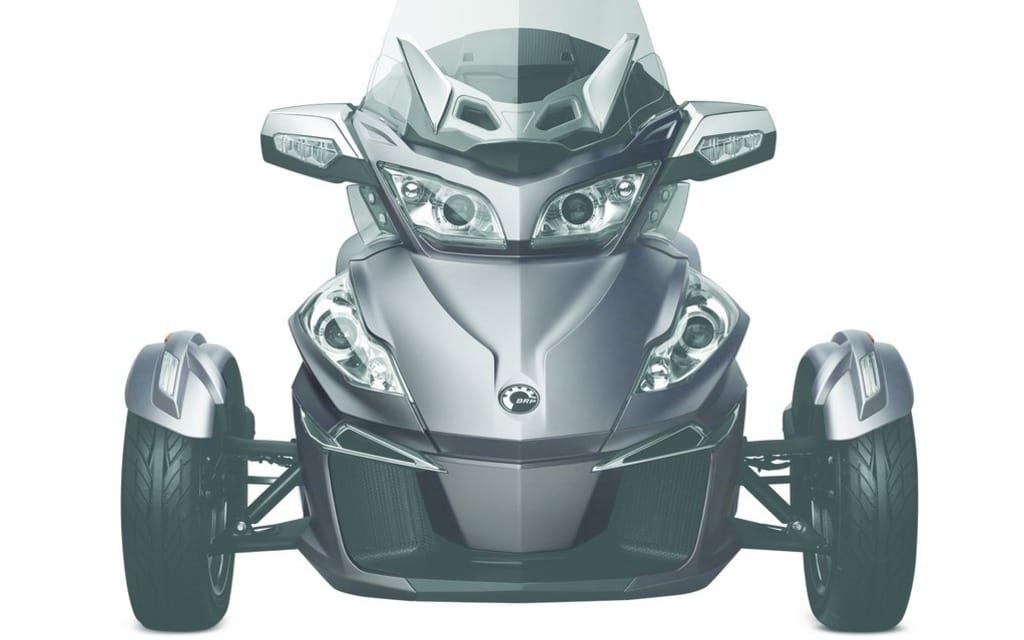 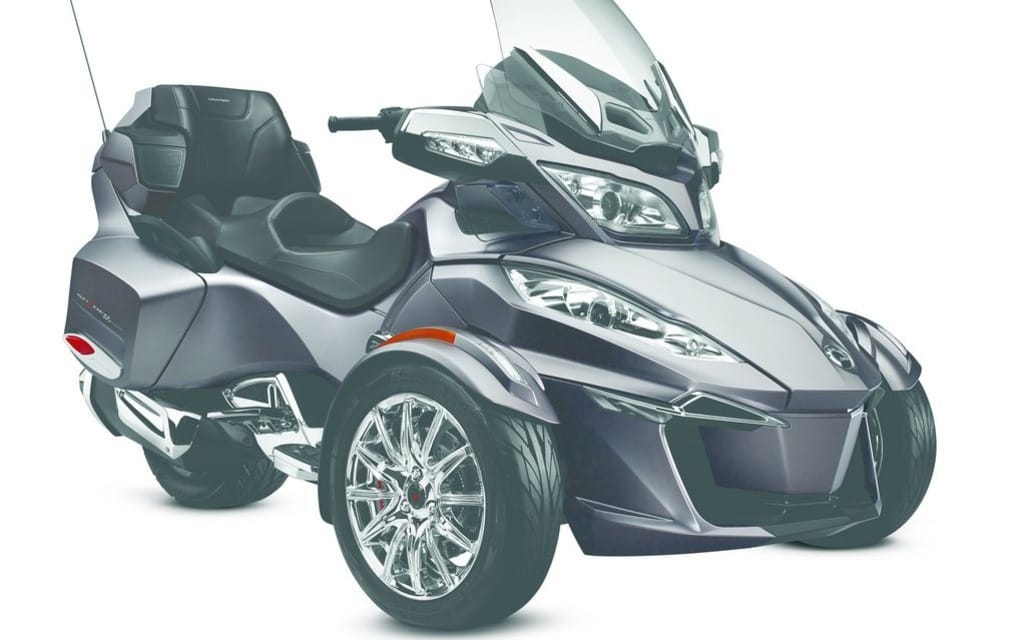 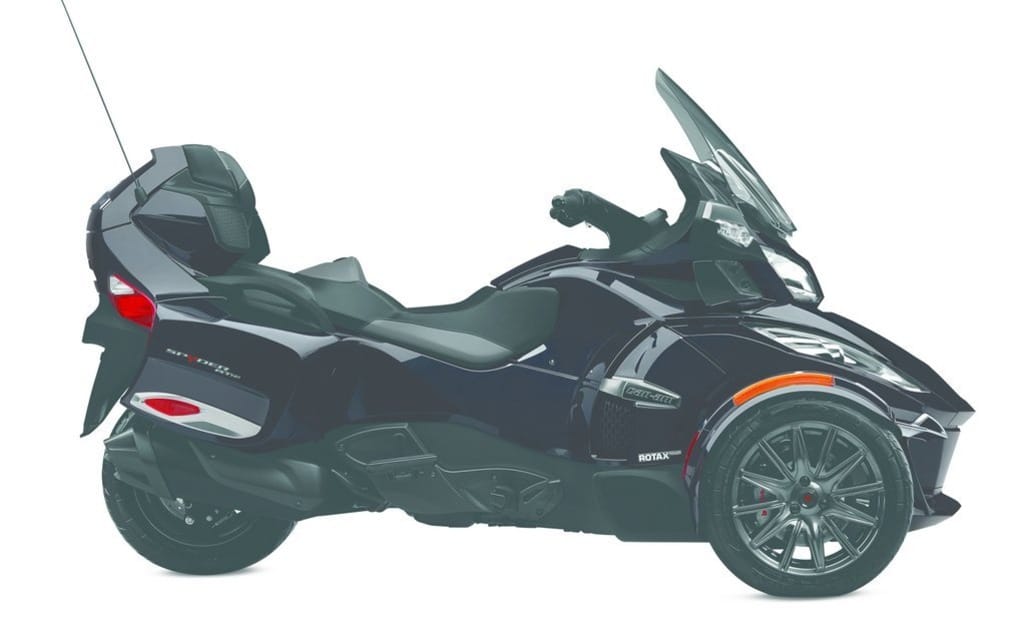 This is the first change in powerplant for the three-wheel Spyder, replacing the 990cc V-Twin that remains in the RS and ST models.

The triple has been designed to highlight torque production in the touring-focussed RT Spyder. BRP claims 115 hp and 96 ft-lb. of torque from the new engine. Benefits of the new Rotax include an idle speed reduced by 500 rpm and a cruising engine speed reduced by 1400 rpm. Service intervals on the triple have been increased and valve adjustments eliminated. Undoubtedly the distinct exhaust note of a triple comes standard.

Working in multiples of three, the transmission on the new RT model has grown a gear to feature six in total. Top cog is a true overdrive on both the manual shift and semi-automatic. Reverse is retained for parking lot maneuverability. A hydraulic module actuates the clutch on the new package for increased smoothness on engagement.

Fuel economy is highlighted on the 2014 model with ECO mode. Riders can receive prompts for when to shift for maximum fuel savings.

Other mechanical upgrades include a larger alternator and radiators relocated to the lower opening of the fairing. Heat from the rads is now directed away from the rider for a cooler ride. The fans also have a reverse mode that will blow heat forward in slow-speed situations like traffic jams.

The RT has received a spruce-up to the front fairing and upgraded shock absorbers with bigger pistons.

Announced prices in Canada are from $25,499 for the manual transmission base model up to $33,799 for a semi-automatic top-of-the-range Limited model.  As with the rest of the Spyder range the array of accessories is dizzying.