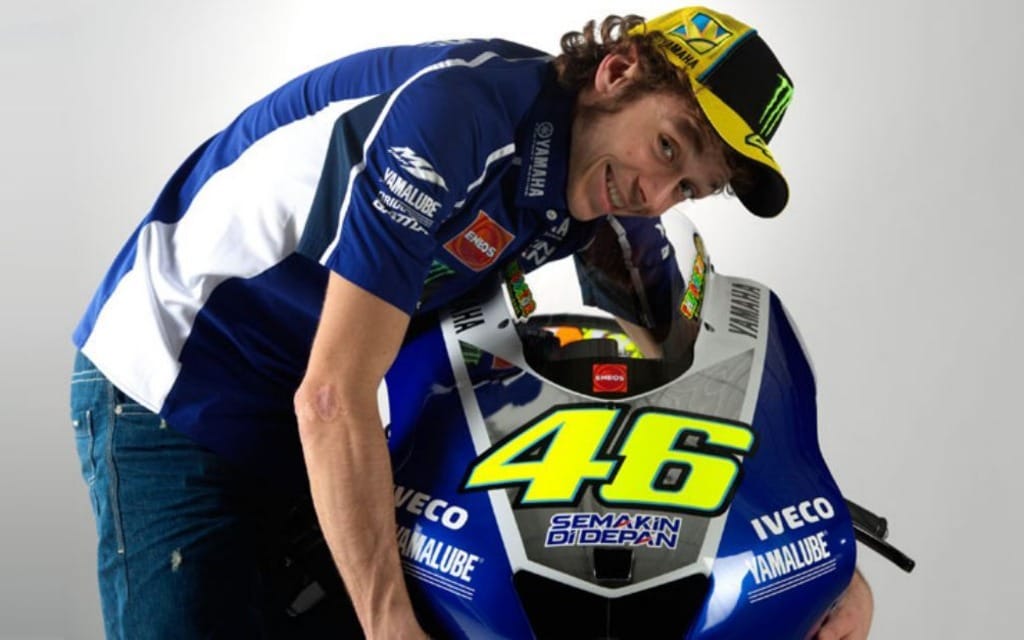 Valentino Rossi has appeared on the list of Forbes’ top ten earning racers in motorsports. Rossi’s annual income of $22-million (all amounts in US dollars, natch) is, according to Forbes, made up of $12-million in salary and winnings combined with $10-million in sponsorship.

The seven time MotoGP champion is the lone motorcyclist in the top ten, coming in behind fourth place Jimmie Johnson and third place Dale Jr. of NASCAR as well as F1’s Lewis Hamilton and Fernando Alonso.

Alonso’s take of $30-million tops the list of motorsport incomes, based Forbes’ survey of the 12 months ending June of 2013.

It is also fair to note that Rossi took a lower salary to race for Yamaha this year after two dismal years at Ducati. Rossi currently is in fourth overall in MotoGP.