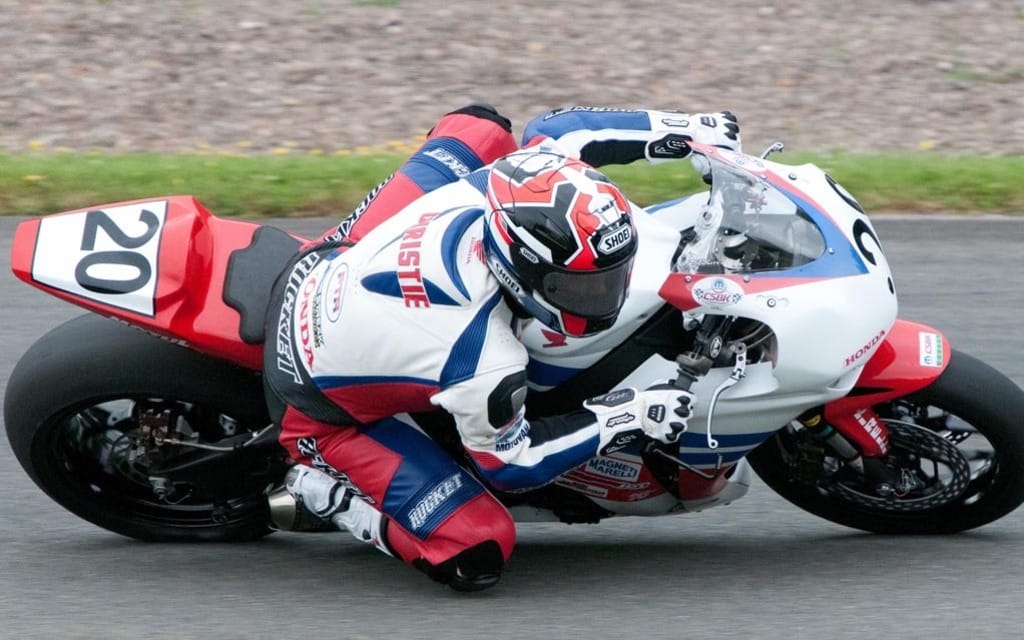 Jodi Christie had a weekend to remember in Shubenacadie, Nova Scotia, winning the Pro Sport Bike class and scoring his first career win in Canadian Superbike.

In the Canadian Superbike final, Christie passed Jordan Szoke with just two laps remaining and then held off Szoke’s late charge to finish less than four one-hundredths of a second ahead of the reigning champion. Alex Welsh managed a third place, 21 seconds adrift, despite fighting a miss in the engine.
Christie is now 16 points behind series leader Szoke in the overall standings with 143 to the 159 of Szoke. Welsh sits in third on 118 points overall, a manageable gulf of only 41.

Halfway through the season, things are far from decided in the Pro Sport Bike class. First place in the standings belongs to Christie with 165 points over MacRae’s  123 and Shaw-O’Leary’s 99.

Video coverage of this weekend’s racing is posted on csbk.ca. the next round of the Canadian Superbike Championship is a doubleheader, August 11th at Canadian Tire Motorsports Park in Bowmanville Ontario, located between Belleville and Toronto.