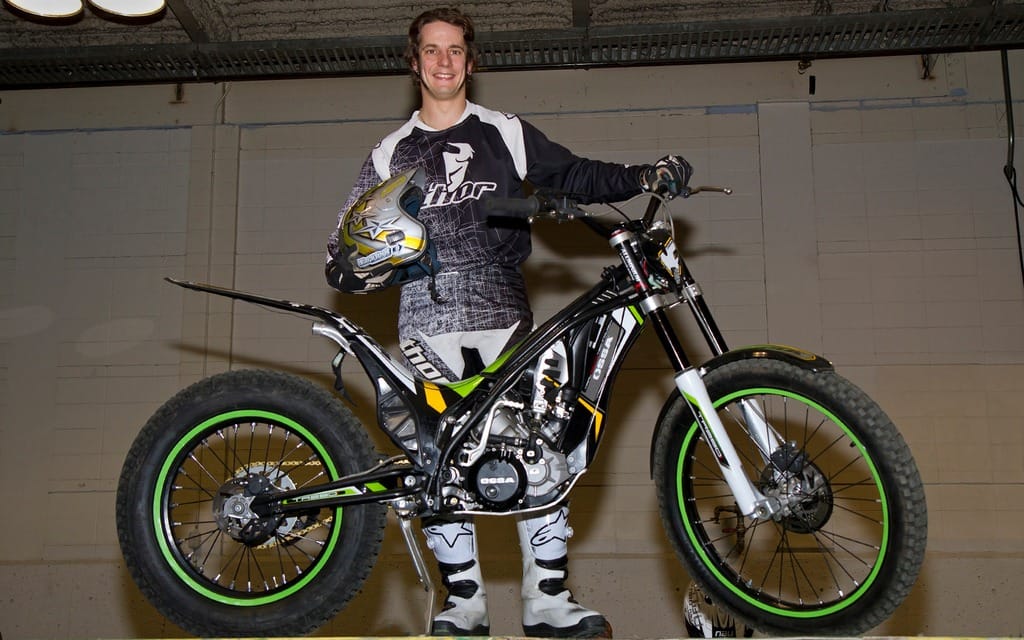 Jordan Szoke has declared his intention to hold a trio of two-wheel championships this year. He currently leads the Kelso Conservation Area Mountain Bike Series n points, a feat he has matched in Canadian Superbkie. Over the July 13th – 14th weekend, Szoke captured the number one plate in the CMA National Observed Trials Championship.

The event wasn’t a lock for Szoke, however. After Saturday’s contest, Szoke was behind his Trials des Nations teammate Dan Johnson. A win on Sunday was the only way to take the title. Szoke managed to take a win, with Johnson behind in second.

Both Johnson and Szoke captured a first and a second in the event, so the decision of the championship had to come from the CMA offices. After review of the scoring, Szoke was declared the CMA champion for the fourth time.

“I rode really well today.” said an elated Szoke.  “Regardless of how the results play out, we all really had a great time here and pushed each other to ride better each and every loop.”

Over a 15 year racing career, Szoke has now collected 17 titles.