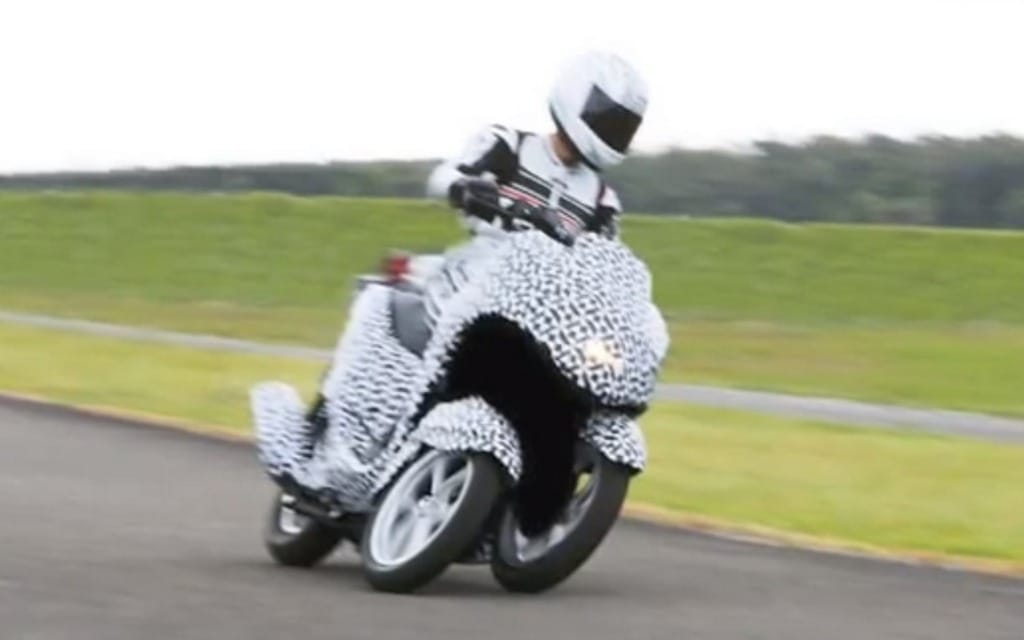 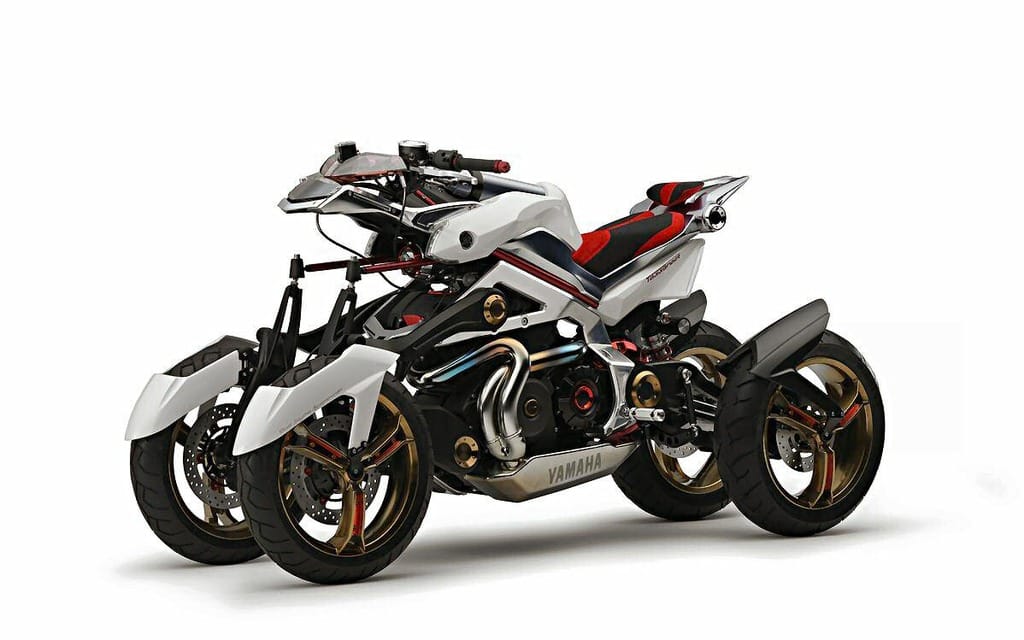 More Choice to Come in Three-Wheelers

Yamaha showed a leaning four-wheeled concept vehicle at the Tokyo Motor Show a couple of years ago. At a recent investor’s meeting, Yamaha presented a “Leaning Multi-Wheeler”, a machine that appears to be headed for production.

The four-wheeled concept vehicle, while intriguing and unique, could likely never reach production. Four wheels on the ground would make it an automobile in most jurisdictions, meaning having to pass the same crash tests as other automobiles.

The proposed LMW appears to be a three wheeler, similar to Piaggio’s MP3. There are only blurry spy photos available and the machine is in camouflage paint to disguise its silhouette. Few details are available. Engine size is rumoured to be in the 300cc to 400cc range and no word on configuration.

The machine may be shown at EICMA, making it a 2014 model. Fans of the three-wheel motorcycle, and we know you are out there, should watch this space for details if and when they become available.