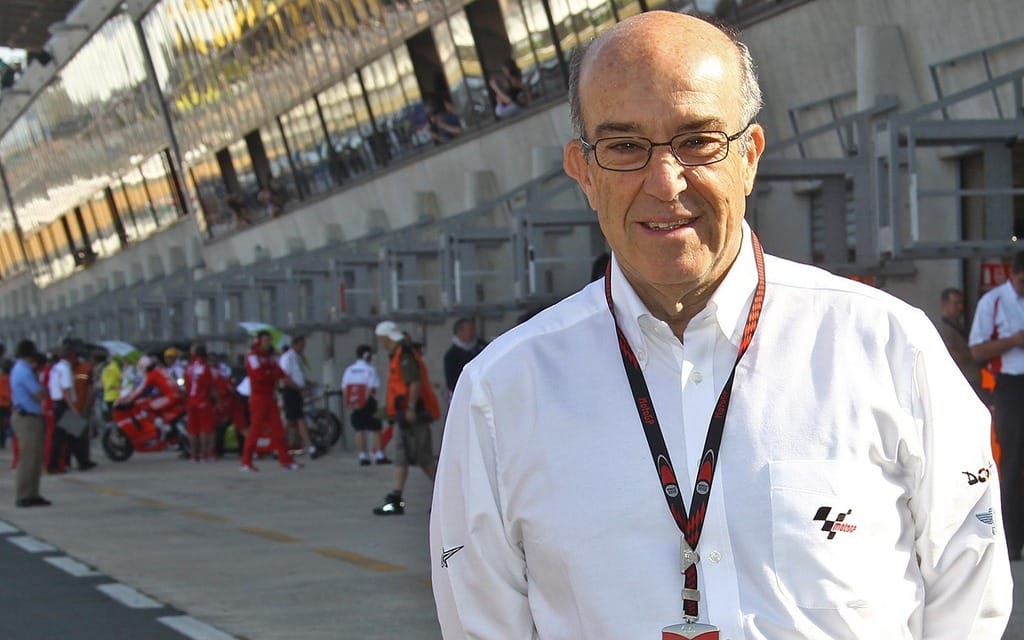 MotoGP may Cut Races in Spain and USA

Dorna chief Carmelo Ezpeleta told Reuters news agency in an interview Friday that MotoGP has too many Spanish races and riders and the series needs to move into new markets in South America and Asia. Ezpeleta also said that there may be too many races in the United States.

He states that Argentina will be on the schedule for 2014 and teams will test there in July. Brazil is a likely destination in the near future and despite mentioning Asia, he would not specifically mention a country.

There have been suggestions that either Thailand or Indonesia would be a likely stop on the MotoGP calendar, but neither country has a track that would pass the FIM safety standards. However, given the interest in motorcycling in both places, the financial and political will may soon exist to create a venue worthy of the premier class.

The new Circuit of the Americas has a five-year contract with Dorna and Ezpeleta referred specifically to Laguna Seca as being “special”. This would seem to leave Indianapolis out in the cold.

Spain currently runs four races each year. The Valencia facility is facing money trouble and would appear the most likely to get the axe. Formula 1 is expected to alternate between Barcelona and Valencia and Dorna may take note of how that works out when it comes to trimming a Spanish race.

This year’s MotoGP schedule holds 19 races. According to Ezpeleta, 20 is the maximum and the ideal number is 18.