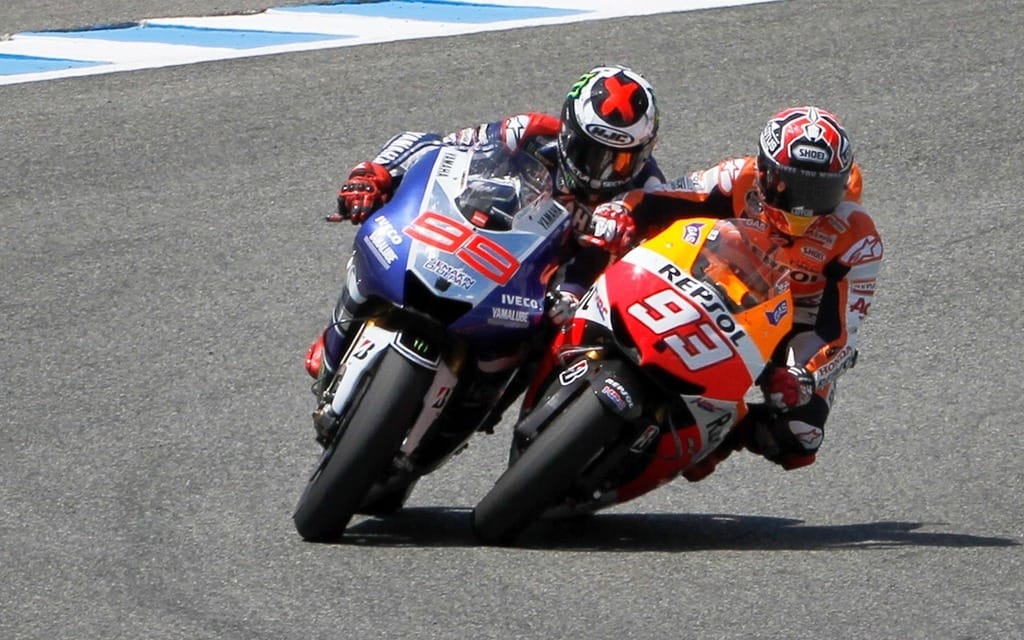 The third race weekend of the 2013 MotoGP season saw the third different winner with Dani Pedrosa winning at Jerez in his native Spain. Spanish racers took all three spots on the podium with Marc Marquez and Jorge Lorenzo following Pedrosa home.

The story of the race, however, was the battle for second and, more specifically, Marc Marquez’s final corner pass on World Champion Jorge Lorenzo. Marquez has been sanctioned for aggressive riding in Moto2, and it only took three races for controversy to swirl around Marquez and his riding style. Marquez dove inside Lorenzo, the two men coming together, with Lorenzo bouncing to the outside of the corner and into third place.

Valentino Rossi finished in fourth, a distant nine seconds back of Pedrosa, but far ahead of Nicky Hayden and Andrea Dovizioso back in seventh and eighth, respectively.

The results leave Marquez in first overall, followed by Pedrosa, Lorenzo and Rossi. A scant four points separate the top three places. The results may hint at a season with more excitement than those in recent memory; passes for meaningful positions late in the race, controversy, Rossi back from the wilderness and multiple race winners. The premier class may return to being the best racing if this keeps up.