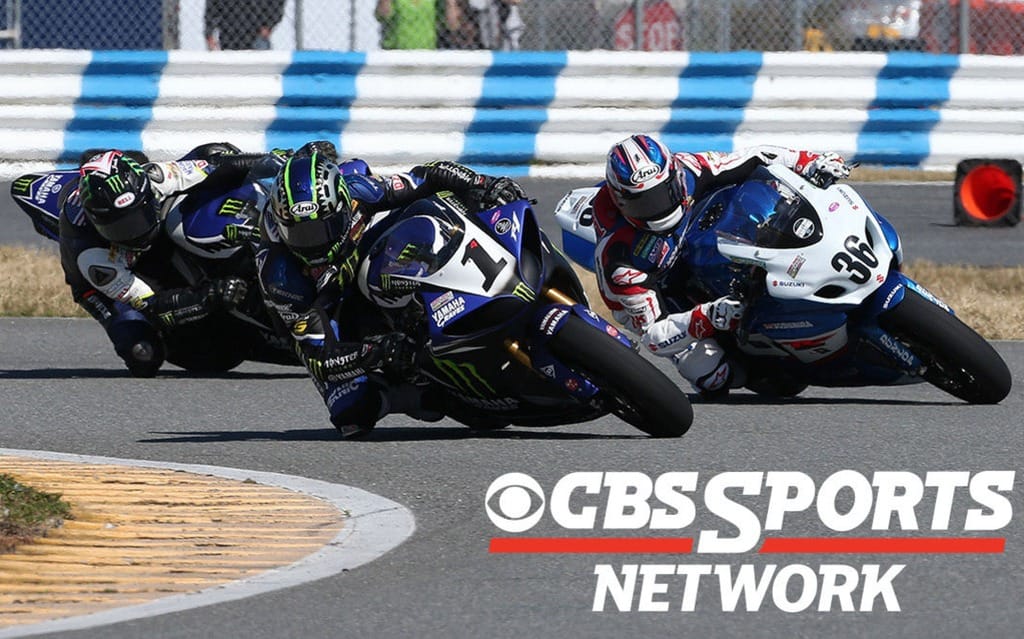 AMA Pro Roadracing announces that the remaining races of the 2013 season and all of the 2014 season will be broadcast on CBS Sports Network. Races will be part of the “CBS Sports Spectacular” series and will include coverage of the AMA Superbike and Sportbike classes.

Coverage will begin on June 1st and is reported to include a thirty minute pre-race show. Features will include updates on the season, results of previous races qualifying highlights and paddock news.

CBS Sports Spectacular is the same program that airs AMA Supercross races. The first race will be the double header from Road America in Elkhart Lake, Wisconsin. Chet Burks Productions will produce the Wisconsin round for live TV with encore presentations for the PVR-challenged to enjoy later.

AMA racing was dropped by Speed Channel as part of their re-branding as Fox Sports 1. NASCAR will be virtually the only motorsports programming on the new channel. The changeover from Speed to Fox Sports 1 is set to take place August 17th. Speed holds the rights to broadcast MotoGP in the United States and coverage of the premier class beyond that date is not guaranteed.