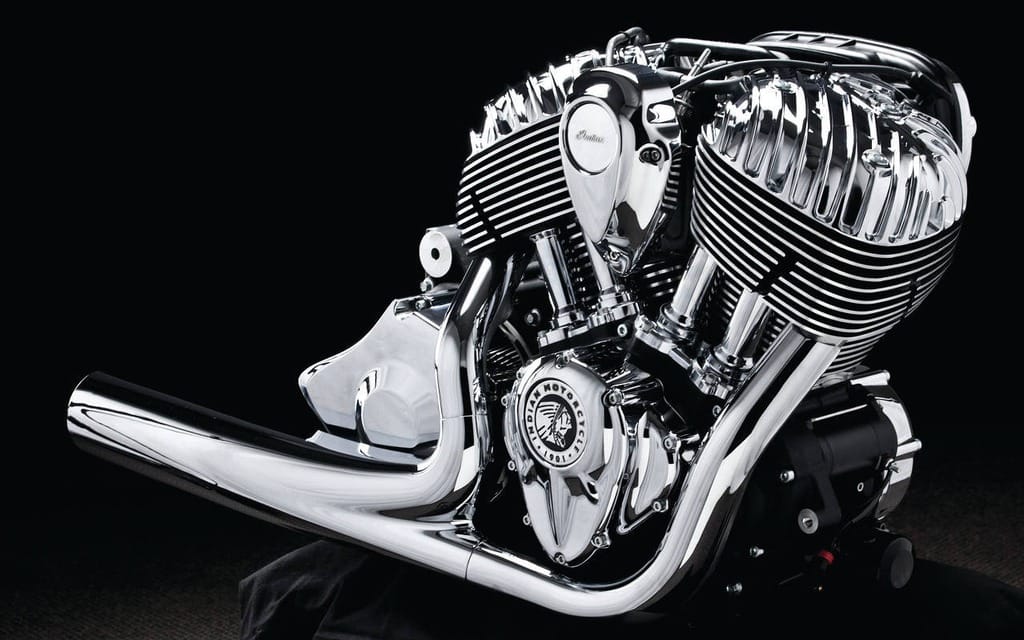 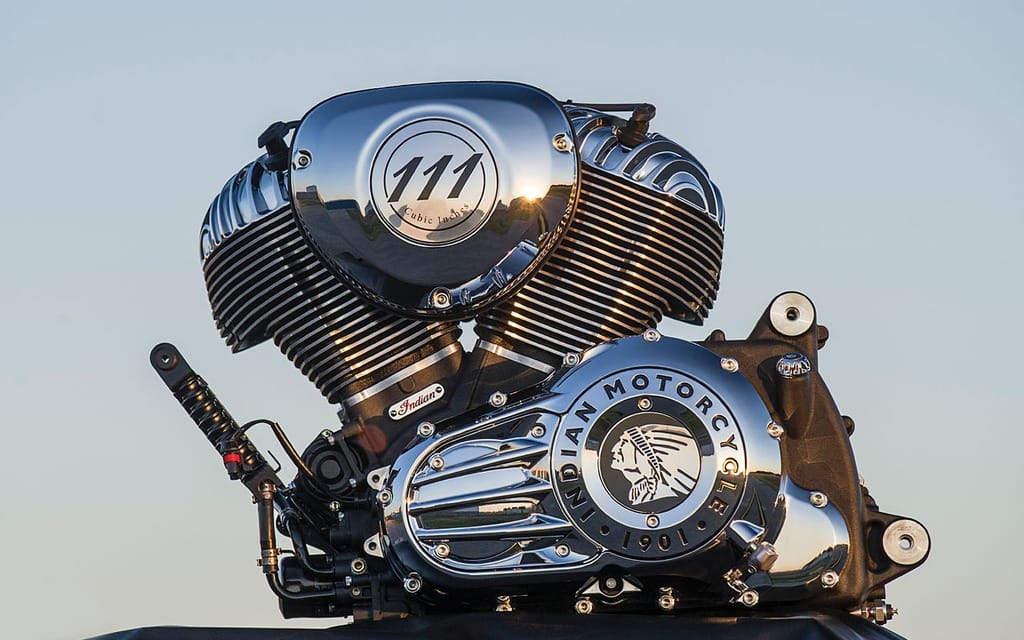 Indian Motorcycle has released photos and some specs of the new Thunder Stroke 111 engine. The engine will power the new Indian motorcycle, which is due out in 2014. The Thunder Stroke bears more than a passing resemblance to the original Indian v-twins and may give some clues to what the machines will look like when they finally break cover.

With a 111 cubic inch (1811 cc) capacity, the air-and-oil cooled, 49° V-twin has three camshafts opening two valves per cylinder via a classic pushrod design. Idle speed is reported to be 800 rpm and maximum engine speed is 5500 rpm. No horsepower claim has been made, but Indian has stated that the mill will produce “more than 115 lbs-ft (160Nm) of torque.

Fuel injection throttle bodies are 54 mm and, based on Indian’s description, are configured for fly-by-wire control. A six-speed transmission is part of the unit-construction engine and final drive will be by carbon-fibre reinforced belt.

Production is of the Thunder Stroke 111 is set for Wisconsin and final assembly of Indian models will be in Iowa.

The Indian brand was acquired by snowmobile, ATV and motorcycle manufacturer Polaris in 2011. Polaris has fared well in spite of the recent economic downturn, picking up market share and outperforming financial analysts’ forecasts. Shares of Polaris are up the company seems positioned to make Indian a viable brand again; a task at which many before have failed.

Indian has released a video of flying parts assembling themselves into a Thunder Stroke 111 engine – always worth watching more than once.