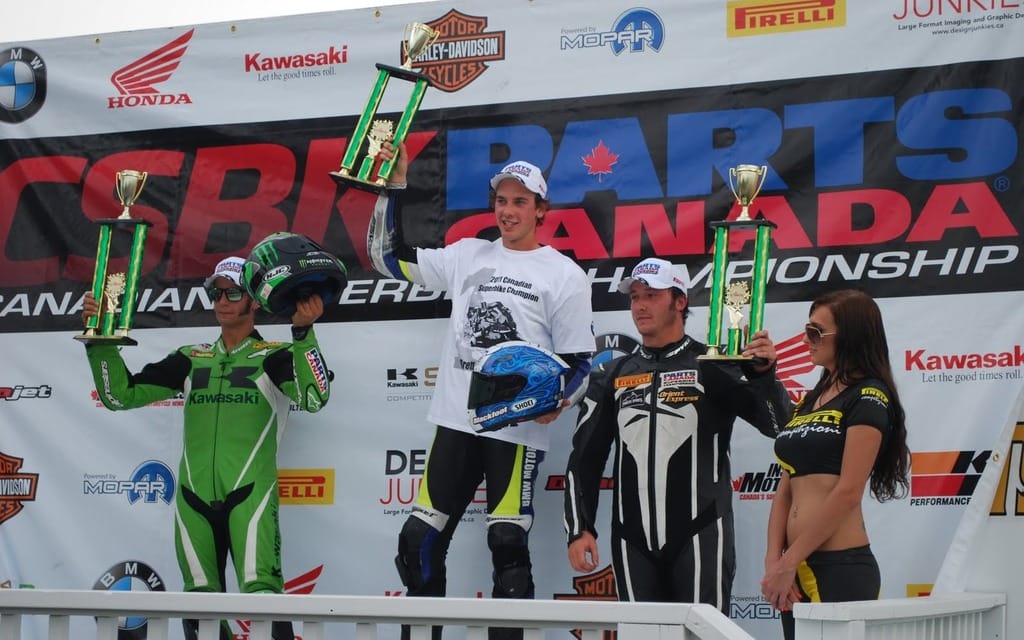 McCormick Without a 2013 Ride

Canadian racer and Cycle Canada contributor Brett McCormick is without a ride for the 2013 racing season and is set to sit out the entire season.

In a post on his Facebook page, McCormick reports having talks with teams in the World Superbike, British Superbike and American Motorcyclist Association series, to no avail. McCormick toyed with the idea of campaigning in the Canadian Superbike contest, bit nixed the idea. In the end, none of his negotiations bore any fruit.

McCormick reports that he will race motocross and head back to school as well as continuing writing for us here at Cycle Canada.

Despite the seemingly rough patch, McCormick’s spirits remain high, judging by his post. “I race motorcycles because I love it,” he writes. “It doesn’t matter whether I’m racing a local motocross race, or lining up for a WSBK grid, I get the same enjoyment out of it.”