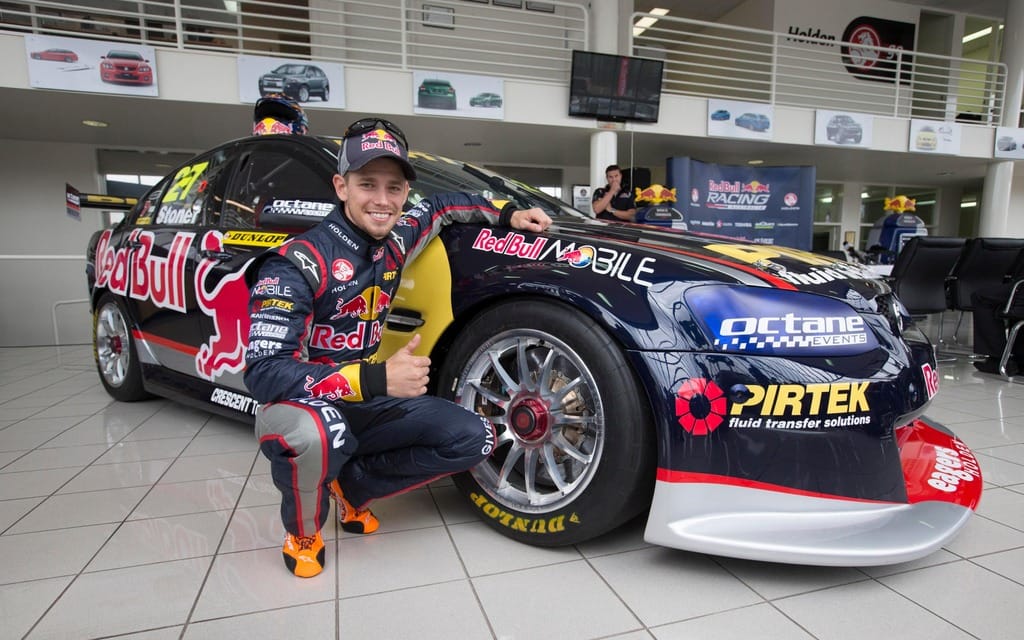 Casey Stoner, the two-time MotoGP World Champion, started his four-wheel racing career in the Clipsal 500 in Adelaide, Australia with mixed results. The first race of the weekend ended in disappointment, while the second race showed a more encouraging result.

Stoner flat spotted a tire in the first race, overshooting a corner early on. The compromised tire blew on lap 12 and Stoner’s race ended with his Holden against the wall.

His DNF in the first race put him to the back of the grid for the second race. Stoner set the eighth fastest time in the second race as he climbed from 30th to 14th position. “My main goal today was not to flat-spot the tyre [like I did in race one] and bring the car home, and I had a lot of fun,” he said.

It’s also fair to point out that in 2001, Casey Stoner’s first World Championship level motorcycle race was in the 125cc class at Donnington Park in England. He finished 17th. It may be worth watching, just to see if there will be a repeat performance.