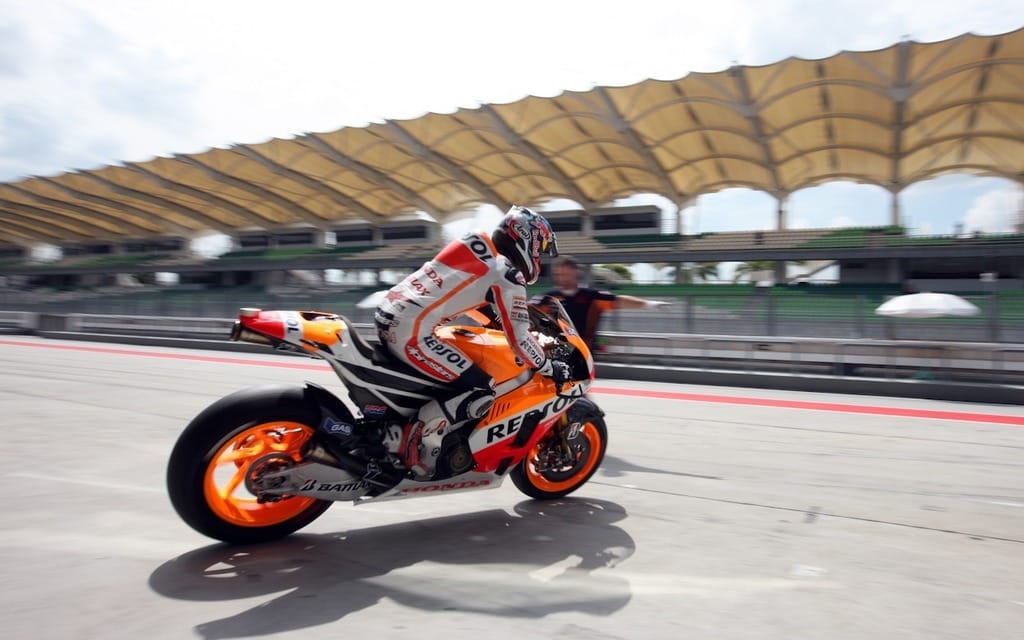 Dani Pedrosa topped the time sheets in pre-season testing at Sepang. Before heavy rains called and end to the proceedings, the Spaniard posted a best time of 2:01.508, putting him 0.235 seconds ahead of Jorge Lorenzo.

Heavy rains over the past few days have led to reduced grip due to a dirty surface. Pedrosa had a small crash in turn nine, but it was such a soft get-off that he re-mounted and rode back to the pits with the bike scarcely damaged.

Pedrosa led the way all three days of the first testing session at the Malaysian circuit two weeks ago. His best time in that session, under better track conditions, was 2:00.100.

The Ducatis of Andrea Dovizioso and Nicky Hayden were in eighth and ninth, respectively. The Ducatis were 1.3 and 1.6 seconds, back from the top.