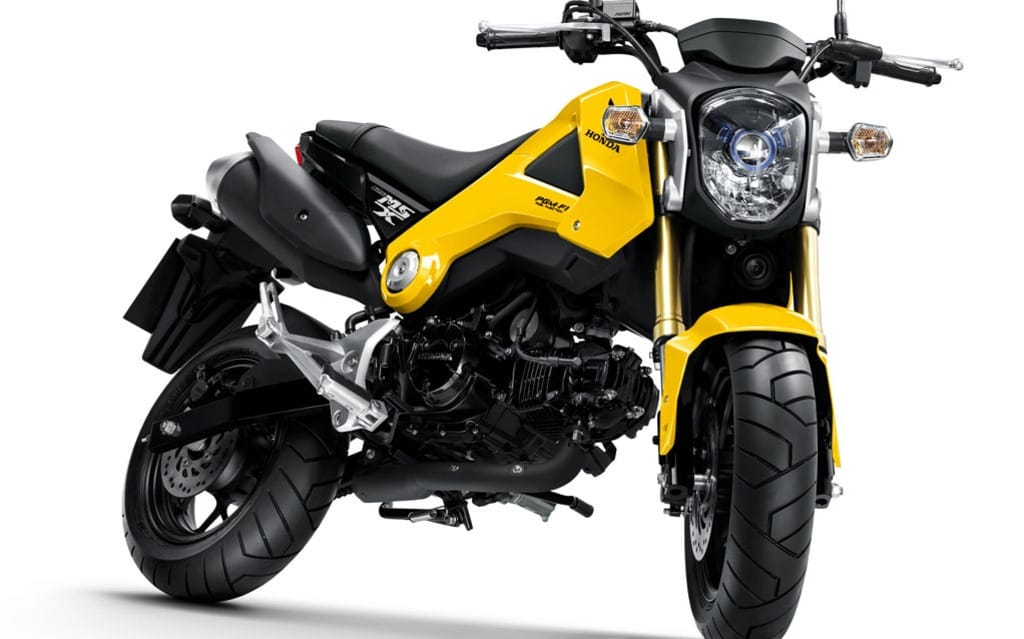 Inspired by supermoto bikes, the new MSX125 was unveiled by Honda Thailand. MSX stands for Mini Street Extreme. A claimed weight of 100kg a low seat height, and aggressive styling including a high-mount exhaust and projector headlight make it well-suited to an entry-level buyer.

Chunky tires on 12” wheels are suspended by an upside-down fork in the front and single-shock in the rear hung from a steel backbone frame. Brakes are discs both front and rear and a wide flat bar lends to the hooligan aesthetic.

Anyone familiar with older Hondas will find the silhouette of the fuel-injected 125cc engine familiar as it lays down almost flat like a CT70 trail bike. All 9 claimed horsepower pass through a four-speed gearbox.

Honda calls this a bike for the world market, but that most likely excludes the United States and Canada. Production will be in Thailand and most examples will be for markets in south-east Asia, with some headed to the United Kingdom. Examples are expected in UK dealers in the spring at a price point of £2500 (C$3975).

The bike comes with an official video from Honda featuring antics that would likely never clear the lawyers here, but is entertaining viewing for just that reason.