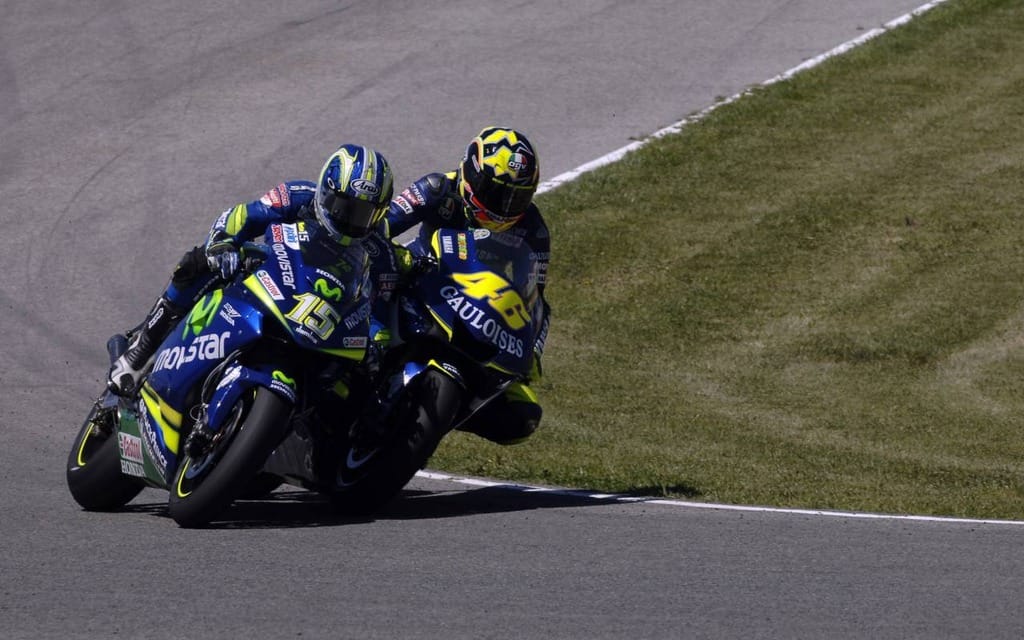 The Grand Prix Commission has announced rule changes for the 2013 season aimed at making MotoGP racing more interesting for fans and less costly for the teams.

Changes include system of penalty points for aggressive manoeuvres on the track and assaulting officials off of it. Officials can assess one to ten penalty points depending on the violation. At four points, riders will start from the back of the grid, at seven from the pit lane and ten means disqualification from the next event.

Tire warmers will have to be off of the bikes when the one-minute board is showing. Carbon wheels are banned and CRT teams will have to use the same brakes as the works machines. A new transponder for 2013 will show the signal flags on the cockpit dashboard of MotoGP bikes and become mandatory for the Moto1 and Moto2 in 2014. Starting in 2015, limits will be placed on the price of brake and suspension components.

The confusing 107% qualifying rule has been changed slightly. Riders must get within 107% of the time of the fastest rider to be allowed to race. They must achieve the pace in one of the four practice sessions, but not in the warm up.

All of this comes after a season that saw attendance drop by 150,000 spectators over last year. The 2,215,543 fans in 2012 is the lowest figure for any of the five MotoGP seasons featuring 18 races. The economic crisis in many European countries may be partly to blame, and can only be blamed for so long.

A survey by crash.net reveals that fans rate MotoGP racing as 5.6 out of 10 for entertainment; 1 being “dull” and 10 being “fantastic”. Of note was the Indianapolis round, with a score of 3.0. The rain-soaked French Grand Prix, which saw Rossi and Stoner fighting for second place late in the proceedings scored highest at 8.4.

One rule has had a profound effect on MotoGP: the rule that limits the number of engines available to a team in a given season. That rule alone has turned a series that featured lurid slides and talented hi-jinks into a grindingly boring processional. Sitting in the stands, the difference in the engine note can clearly be heard on the seventh or eighth lap as riders settle into position and select a softer mapping to reduce strain on engines.

Tighter controls and punitive punishments do not make for more entertaining racing or filled grandstands. Eliminate the rule limiting the number of engines then watch as the quality of racing improves and the fans return.