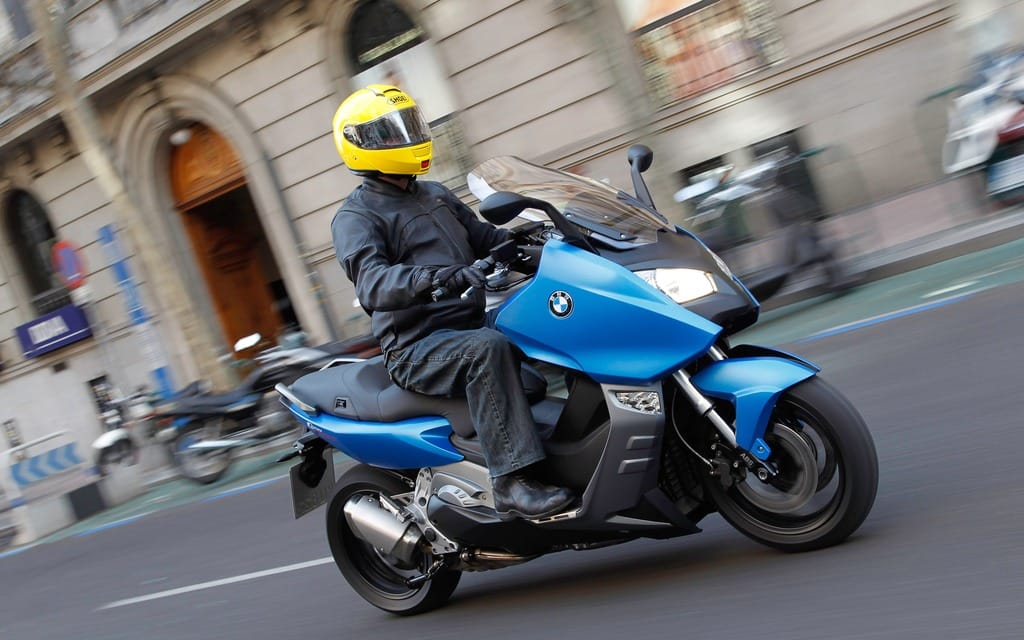 Transport Canada has issued a recall on the 2013 BMW C600 Sport scooters. There is a risk of the scooter’s side fairing panels flying off at high speeds.

Three snap-lock fasteners that secure the side fairing panels may fail if speeds higher than 100 mph are held for a sustained period of time. There is a risk of the side panels flying off of the scooter if the fasteners fail.

The problem was discovered by BMW during wind tunnel testing and only affects the C600 Sport. The C650 GT has a different fairing design and is presumably less likely to fly apart at the ton.

Owners are urged to ride to their BMW dealer at double-digit speeds, where new fasteners will be installed, making the scooter secure for use on the salt flats.