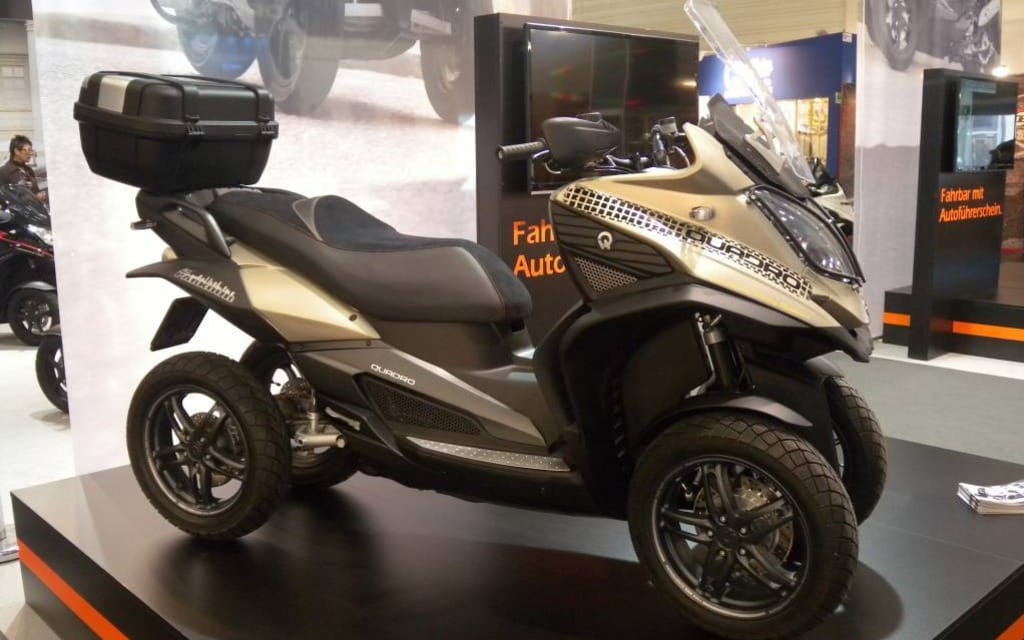 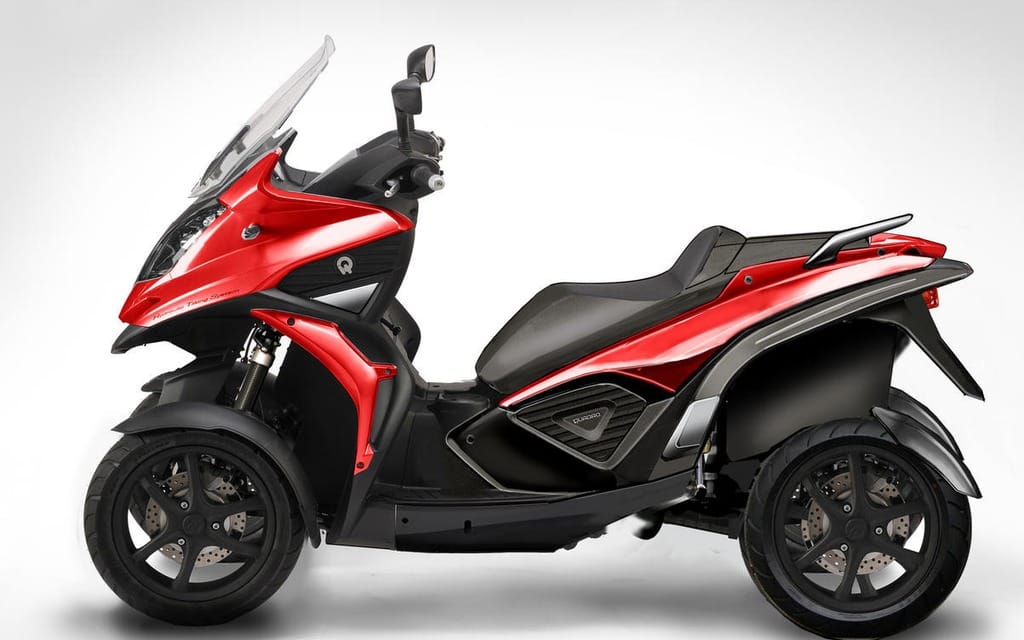 Italian manufacturer Quadro is set to introduce the Parkour, a four-wheel, leaning scooter. The 350cc machine weighs 250kg, boasts 27 hp and tilts as it turns, for a motorcycle-like riding experience. Top speed is claimed to be 120 km/h.

The Parkour has a track of 250mm at the front and 465mm in the rear. The design may allow the machine to be registered as a motor-tricycle in some countries meaning it can be driven with only a car license.

Manufacturer Quadro Technologie has worked on design projects for Vespa, Triumph and Moto Guzzi, among others. The company is headed up by Luciano Marabese, who designed the MP3 for Piaggio. The Quadro line sees the company transition from a contracted designer to building their own machines. Production will be in Taiwan.