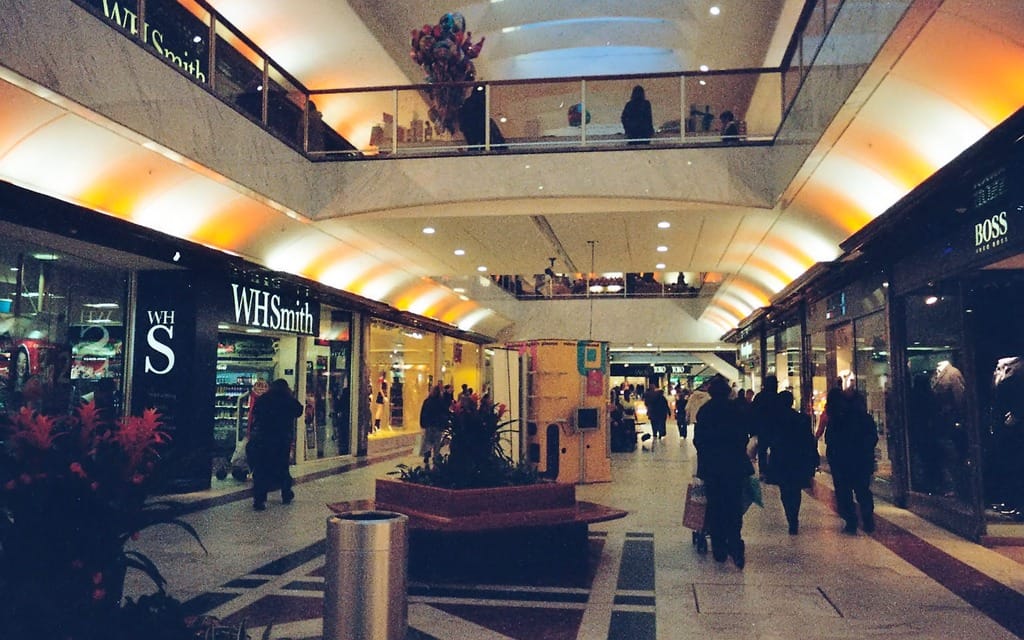 Motorcycle-mounted thieves made off with jewellery and watches in a daring robbery inside Brent Cross mall in north-west London England. Six men wielding axes and bats drove through the mall on three bikes Tuesday morning and hit the Fraser Hart jewellery store.

The raid took place 15 minutes after the mall opened. Three of the black-clad bandits waited by the motorcycles, one of them brandishing an axe, while the other three cleaned out the shop. They can be seen on the security camera speeding out of the mall two-up.

Nobody was injured, but one elderly man was treated at the scene for shock. Police recovered the motorcycles at a nearby golf course less than an hour after the robbery. No arrests have been made.