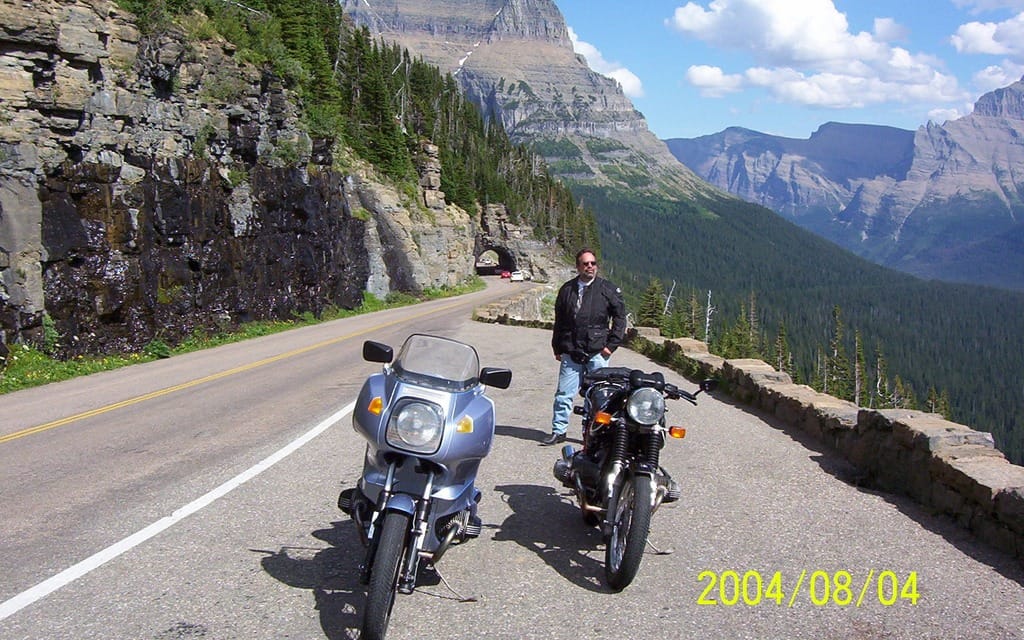 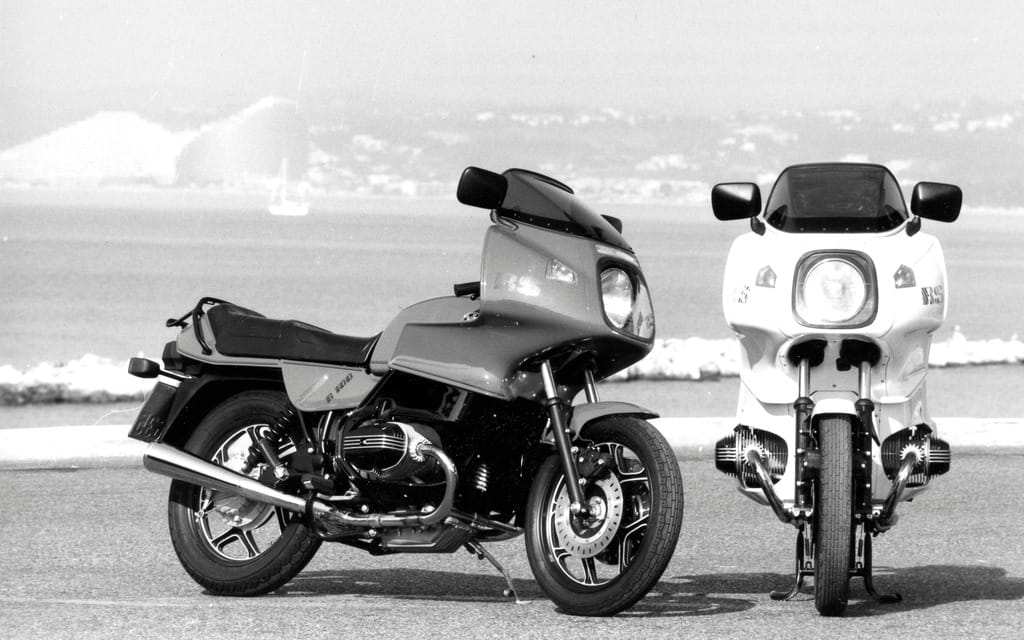 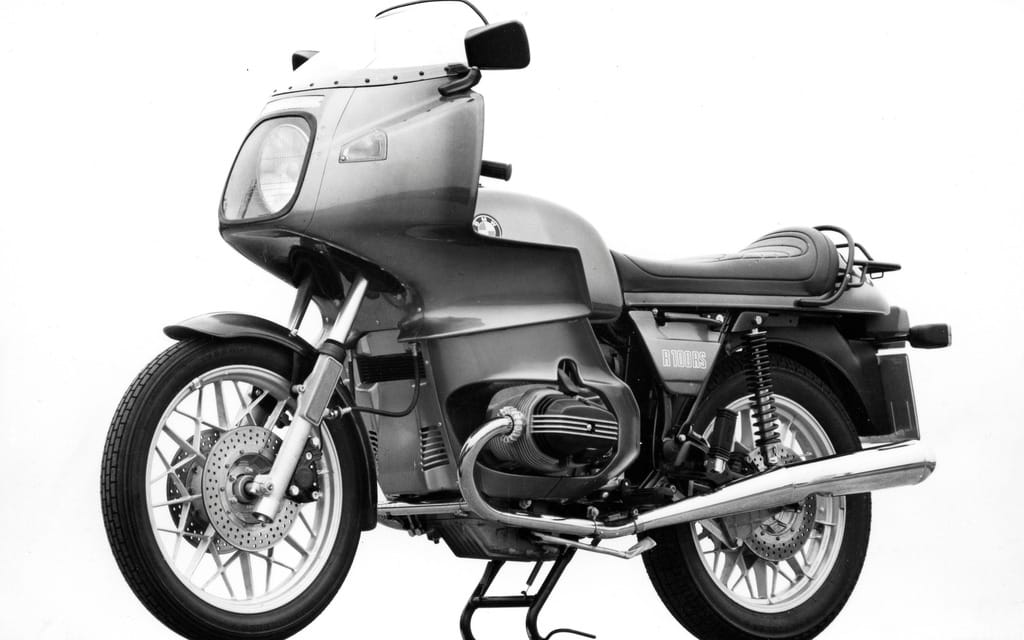 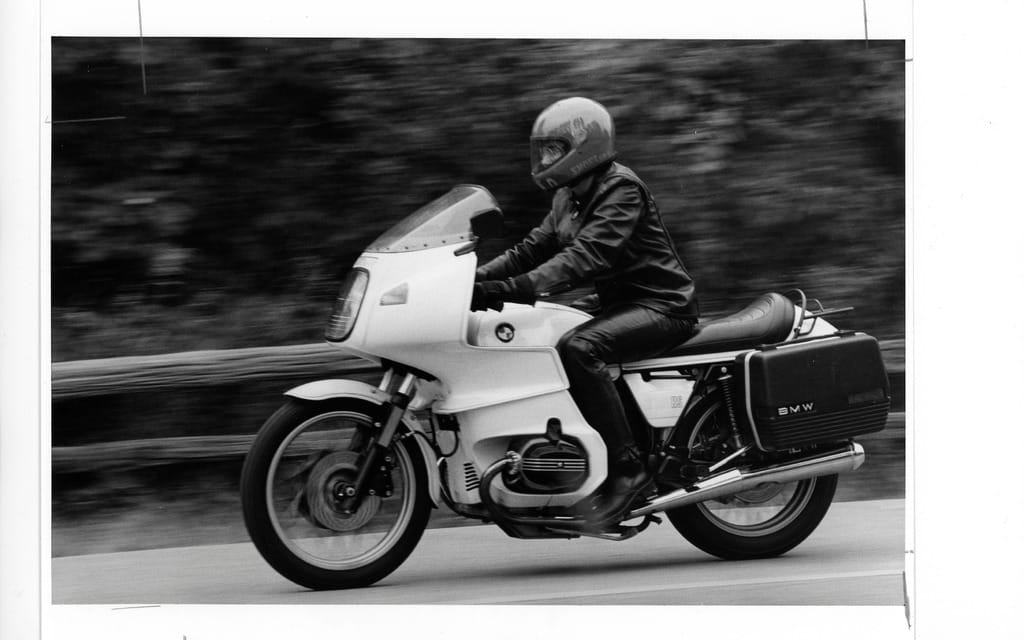 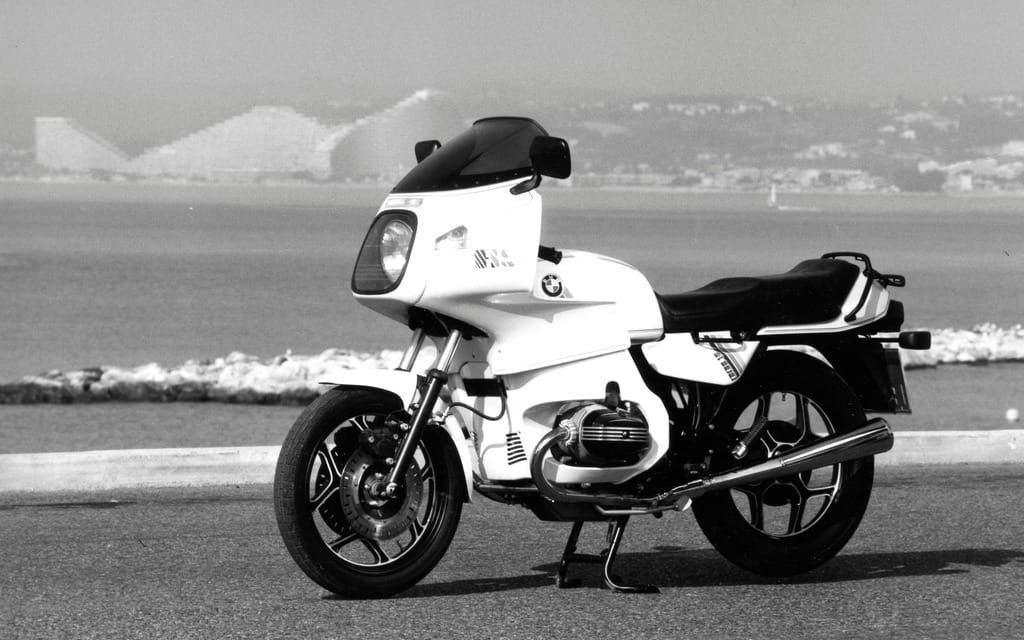 It’s not often that a Cycle Canada staffer will admit to damaging someone’s motorcycle, but former editor John Cooper might owe an apologetic two-four to Iain Clark for the things he did to his BMW. Of course, it wasn’t Clark’s BMW when Mr. Cooper rode it from Montreal to Vancouver back in 1977; it was a Cycle Canada test bike. That would explain why he thrashed it so hard.
Clark had an R90/6 in 1977, and as it happened, he took it to Philip Funnell Motorcycles in Vancouver for some work not long after the Cycle Canada bike was delivered there. He had never seen one before. “It was a thing of beauty, but I was 19 years old. I thought, in your dreams.” The dealer “mentioned that this was a bike that Cycle Canada had done a test ride on, and I had just finished reading the article a couple of months before that.” Clark went back to work in a northern Alberta sawmill, and there, he came to his senses: “I said to myself, screw this.” In November he went back to Funnell and bought the R100RS for $5,750.
Nearly 35 years later, he still has it, still loves to ride it, and can’t think of a reason for replacing it.

What have you modified on it?
“The first thing I did was double-plug it back in 1984. That was when gasoline first went to regular unleaded, and we were having real octane issues with our bikes. But a guy in the Calgary area said if you double-up your coils and run an extra spark plug in each cylinder, that’s the way to go. We all bought in on that. I think we just got taken for a couple of thousand dollars, but it did help with the pre-ignition. And then I went from points to electronic ignition. That was because I was doing some home mechanical work, and I stripped the mechanical advance unit on the camshaft. So I ruined the mechanical advance, and the camshaft, so when that had to be replaced, I said let’s go whole hog. I got a new camshaft that took it from 309 degrees to 336 degrees, so it was a little more sporty. And then valves, springs, then transmission, and differential. It went from one end to the other. That hurt.
“Then I put Progressive springs in the front end to give it a little more of a solid feel under braking. BMWs had 7-1/4 inches of travel, and the thing rode like a Cadillac, but if you hit the front brake it went down about two feet! So the Progressive springs really changed that.”

Have you travelled on it?
“I rode it to the BMW Owners rally in Montana in ’84, did a lot of trips across B.C., and up and down the Banff-Jasper highway. My brother has a 1977 R100/7 and we would do Going to the Sun in Glacier National Park. We’d do a run through the Kootenays, do the Destination Highway roads, and I’ve got family in Kelowna and on Vancouver Island, so I’m constantly doing the B.C. thing.”

Have you ridden it this year?
No. On my last weekend last fall I used that new Husky gas with 94 octane, because it still loves the high octane fuel. But Husky has put a lot of methanol in that gas, and in a 1970s vehicle methanol just rots all the rubber in your fuel system, so right now my gas tank is a sieve. I can’t put any gas in it because it just leaks right through the petcock, and the carburetors are going to need a rebuild, too.”

How fast have you had it going?
“When I first bought it, I got it up to 215, tucked behind the fairing and twisted right up. I probably broke 200 on it recently — in fact, I got a $400 speeding ticket for it. The cop wanted to throw me in jail, so I grovelled. I said, ‘Look, I’m fifty-odd years old, the motorcycle’s thirty-odd years old,’ and the cop starts looking at me and looking at the bike. He goes, ‘What the hell is this?’ So he gave me a $400 ticket instead.”

Have you crashed it?
“Once, in 1978. I stuffed it into a corner on Highway 3 in B.C. between Trail and Rossland. I didn’t see the sign saying “Slow to 30” and I went into it going 60. I hit a concrete barrier and bent the fork leg, but I walked away from it. Just barely.”
Other than hitting concrete barriers with it, have you experienced a break-down?
“Well, the odometer has quit on me, so I have to fix that. And in 1983 I had to replace the cam chain on it. I was told that it was because whoever had the bike before me probably drove it pretty hard. That’s generally what happens when somebody’s been a little too aggressive with it.”

Hmm. I wonder who might have done that?
“Yeah. Me too.”

SECOND OPINION
Philip Funnell has retired from his Vancouver East motorcycle dealership now, but in his heyday he was doing 40 percent of BMW’s motorcycle business in Canada. We thought he might have some memories about the old R100RS.
“I actually raced that one. Not his particular bike, but the RS. Down at Westwood, in casual production racing. I never won anything. But I never fell off it.”

Was it a good bike?

“Oh yeah, it was a fine motorcycle. It was utter mediocrity a hundred percent of the time; there was nothing outstanding about it, except its versatility.”

Did you sell many of them?

“No, we didn’t. I pushed BMW as a gentleman’s touring machine; the sporty ones weren’t a strong interest of mine. But it’s still a good motorcycle today, because it’ll maintain freeway speeds endlessly. Fuel mileage is not good, but it’s easily repaired, all the parts are still available for them, and there’s a lot of people that still know the business.”

BACK PAGES
“Seldom do we have the time and opportunity to put 7,000 miles on a single motorcycle. But seldom is there a machine as remarkable as BMW’s elegant R100RS.”
“After all preparations for the trip were finally complete, I rolled it off the centrestand in my usual manner and thud, the monster caught me off balance and toppled over like a felled ox.”
“The BMW showed another side of its versatile personality by negotiating miles of forest road surfaced with fist-sized gravel to reach the Ghost River Valley for the start of the fabled Moose Mountain cross-country. There the long-travel suspension was superb.”
“The Honda GL1000 has suddenly become everyman’s touring machine. In Banff they formed the overwhelming majority, yet not one was in stock condition. New shocks, 16-inch rear wheels, fork kits and accessory seats were all added. Yet the BM, box-stock except for the Krauser luggage, had the combined flexiblity, power, seating comfort, supple suspension, load capacity, and (almost) weather protection attained only after much goodie buying for the Oriental machine. Plus it gave great snob satisfaction, and some justification for the crippling price.”
–Cycle Canada 7,000 mile test, September 1977