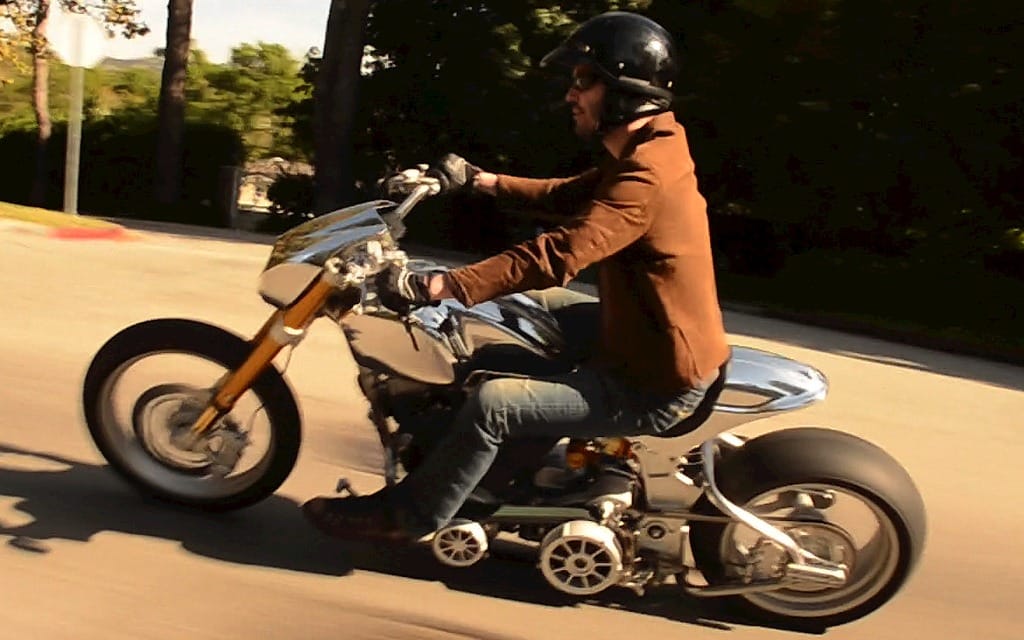 Keanu Reeves is starting his own motorcycle company. The 48 year-old star of Speed and The Matrix and Winnipeg native will be teaming up with Los Angeles based L.A. County Choprods. The new venture will be called the Arch Motorcycle Company.

A motorcycle enthusiast for over a quarter century, Reeves first approached Gard Hollinger of L.A. County Choprods in 2007 to customize an existing motorcycle. Their first project took five years to complete and the pair decided to put their creation into production.

Hollinger, a long time customizer and self-taught fabricator, owns a motorcycle dealership in Marina del Ray California. Hollinger has also appeared in motorcycle-themed reality shows Great Biker Build-Off on Discovery and All the Gear, No Idea in the U.K.

Production of their first model, the KR GT-1, is expected to begin in 2013. There is preliminary information available on their website.