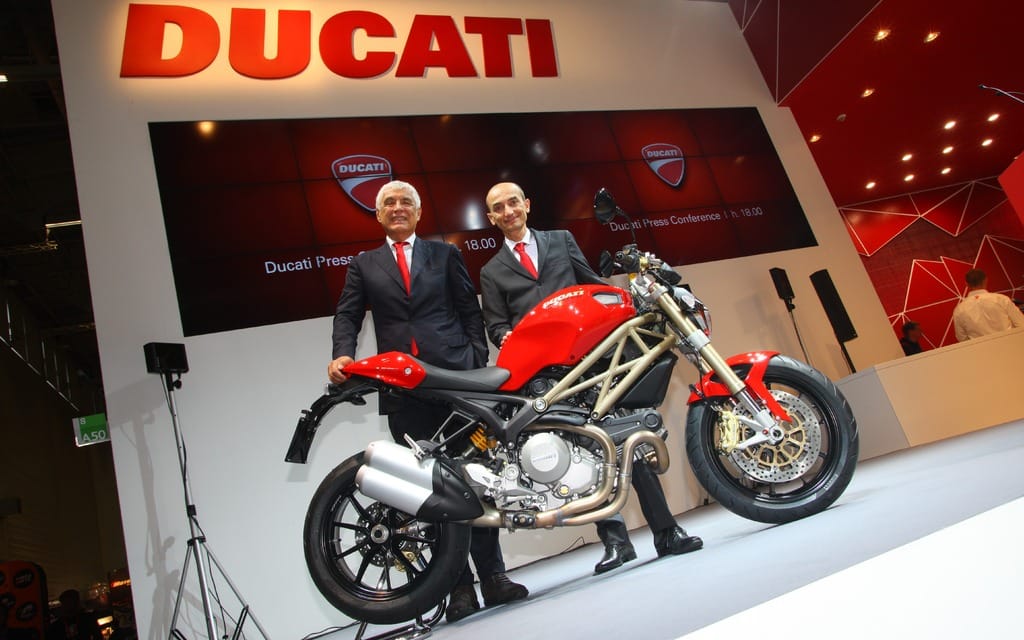 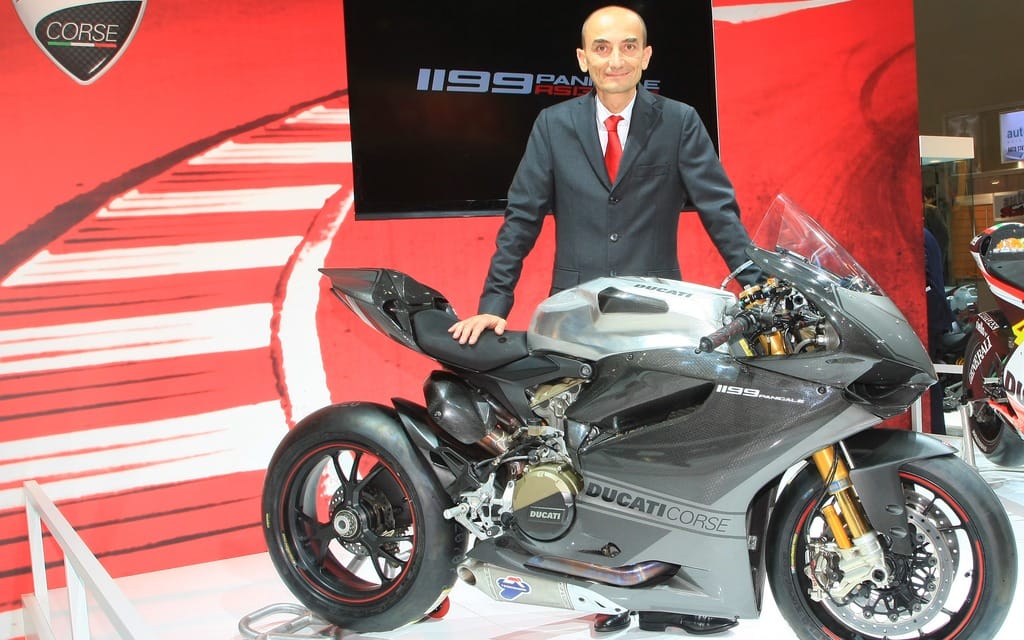 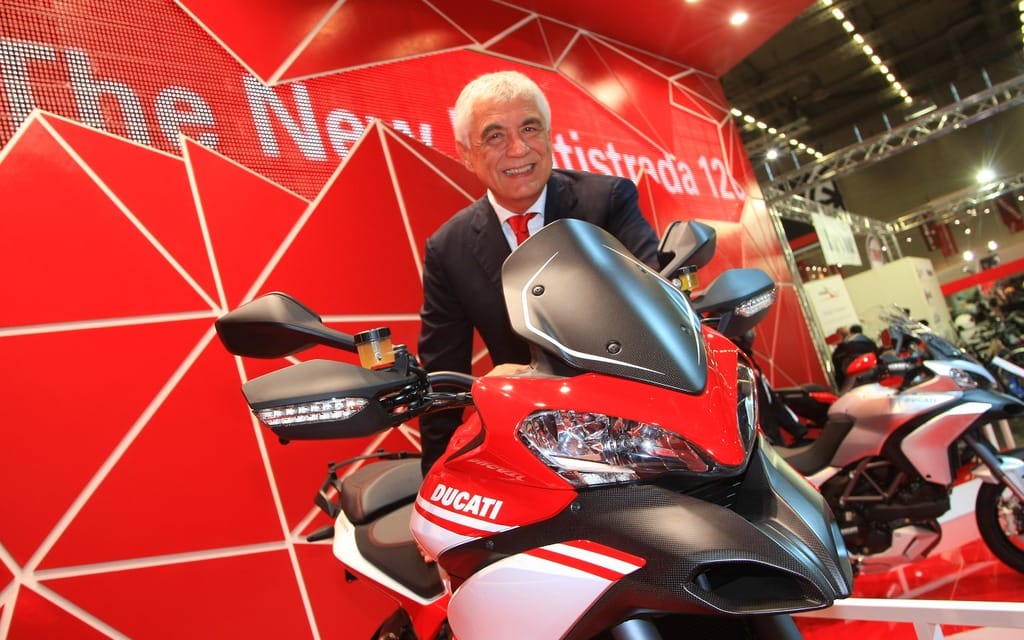 The Monster line was introduced at the Intermot show in 1992. The special editions rolled out this week feature an anniversary colour scheme. The Monster range now encompasses the 696, 796, 1100 EVO and the Diesel variations.

The Cologne show is the first showing of the new 1199 Panigale RS13, the version that will be available to teams contesting the 2013 World Superbike series.

Revised for 2013, the Multistrada is on show alongside the popular Diavel. The Diavel will be available in a new range of colours including a metallic blue. New colours will also feature in the superbike range, including arctic white and, for the 848EVO Corse Special Edition, matte black with matte grey.

Commenting on the range of new machines and new features, such as Ducati’s semi-active suspension, Del Torchio said “Ducati has entered a new era.”