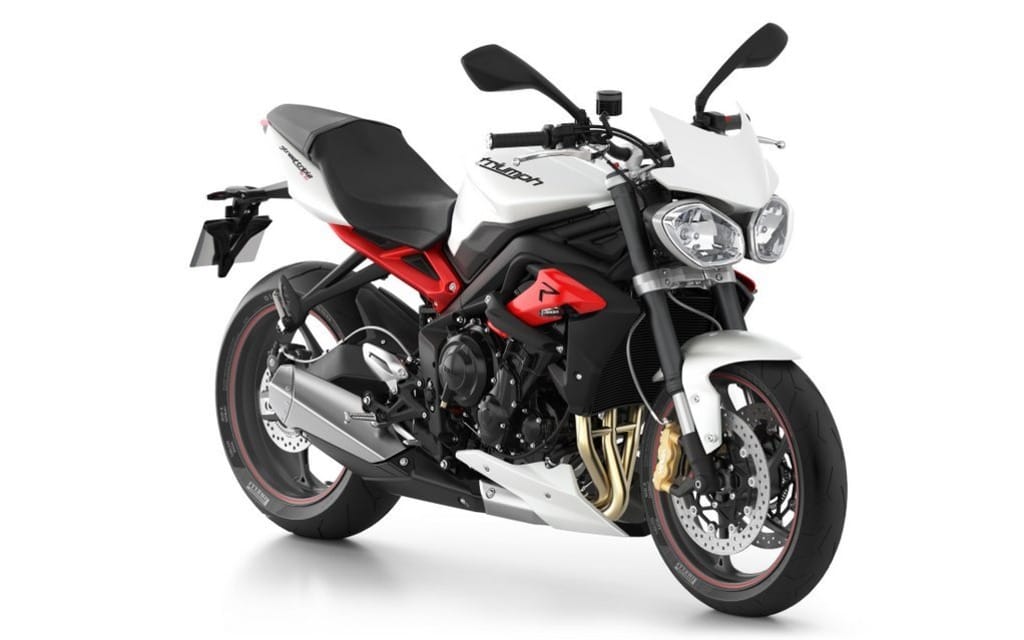 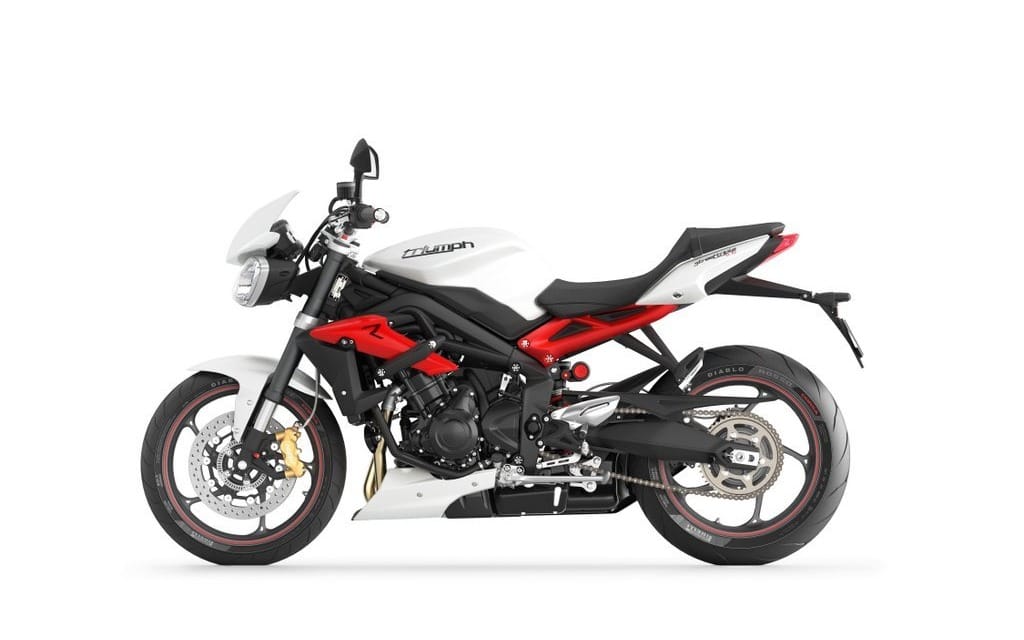 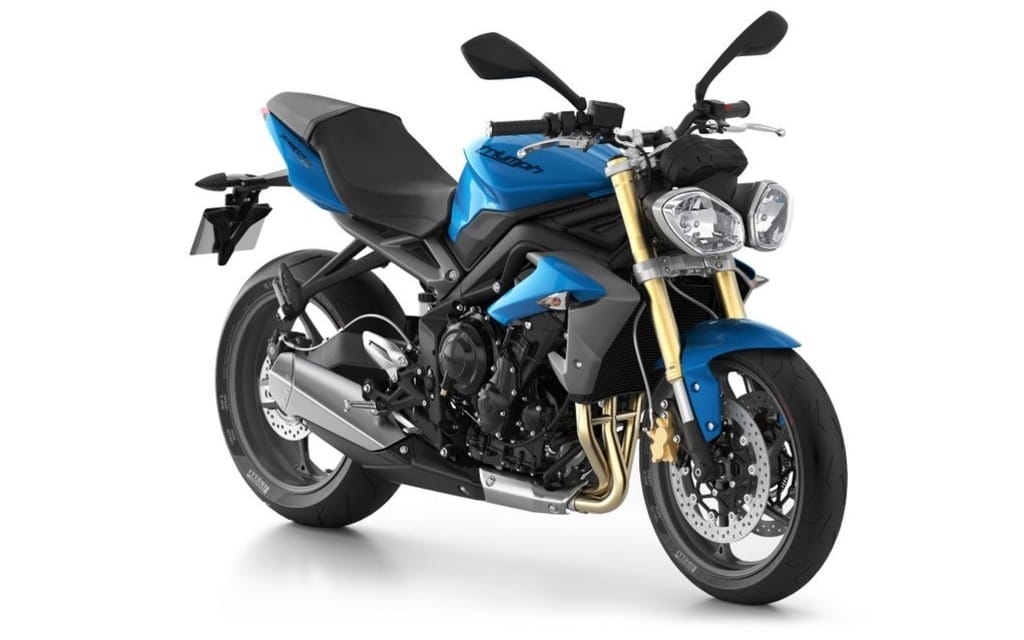 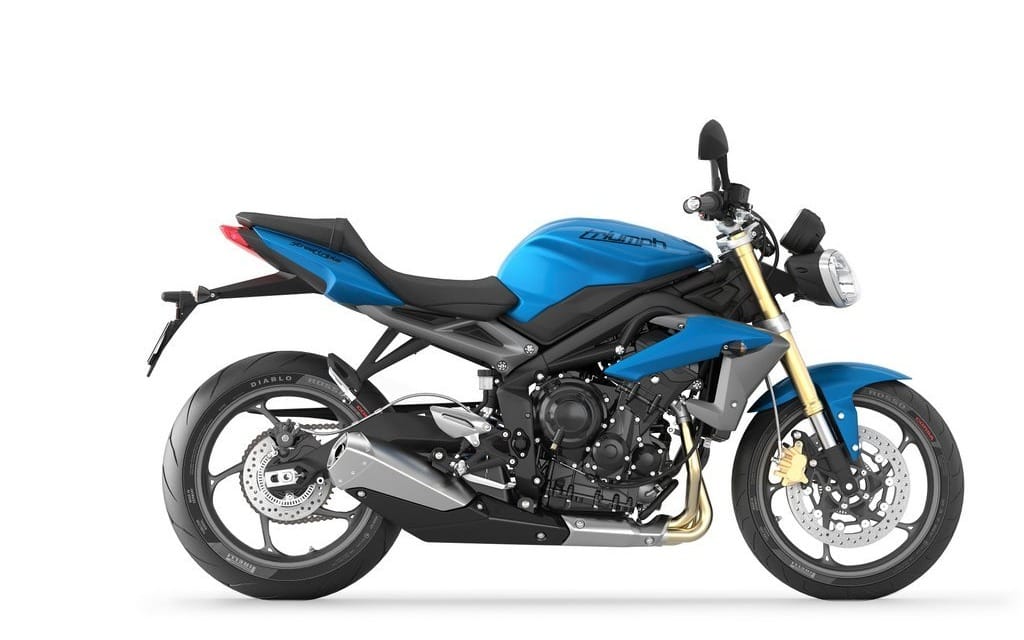 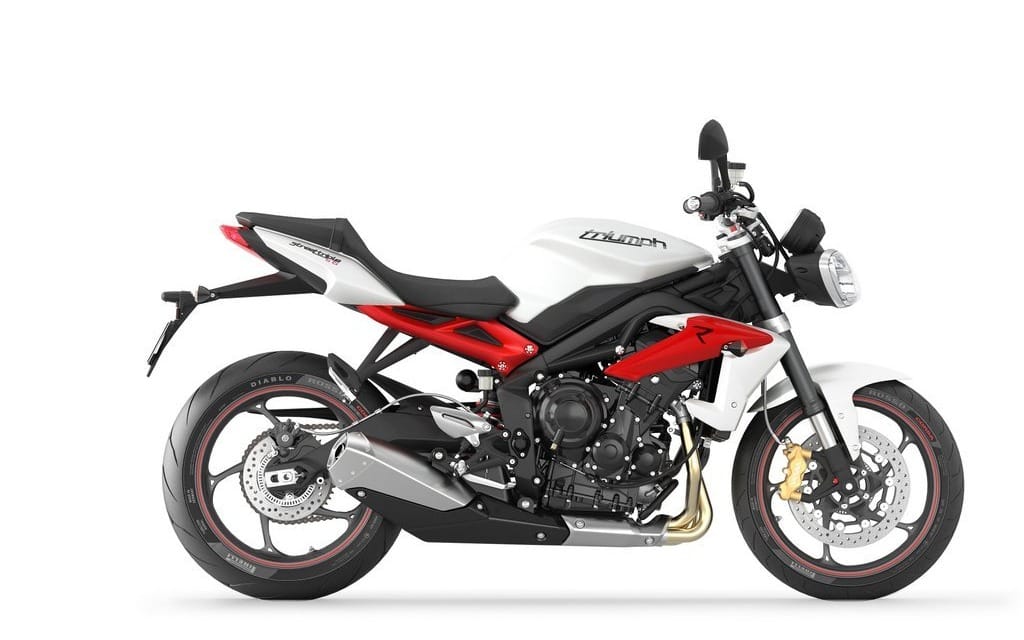 Triumph has announced the 2013 Street Triple and Street Triple R. The all new machines retain the familiar twin headlights cantilevered off of the front forks, but take on more angular, sharp-edged body lines than earlier versions.

Triumph claims 105hp and 50 lb-ft. from the 675cc three cylinder engine. Power delivery has been focused in the low-to-mid range for street use. Final drive is by chain mated to a six-speed transmission.

The new aluminum twin-spar frame reduces both rake and trail and is fitted with a die-cast rear subframe. A push to centralize mass moves the origami-inspired muffler below the engine. The Street Triple sheds 5.9kg (13lb.) over previous models, now tipping the scales at a claimed 183kg. (403lb.) fully fuelled.

Stepping up to the Street Triple R model adds red accents to the radiator shroud, rear subframe and alloy wheels. Forks on the R are fully adjustable and have an even steeper rake than the Street Triple. Front braking is handled by a brace of four-piston Nissin calipers.

A line of factory accessories including body panels, a tire pressure monitoring system and bar end mirrors will be available through dealerships. Triumph continues to partner with Arrow exhaust and a slip-on muffler will be available for the Street Triple.

Prices for Canada are set to be released late in October 2012. Bikes are scheduled to arrive in dealerships in January of 2013.