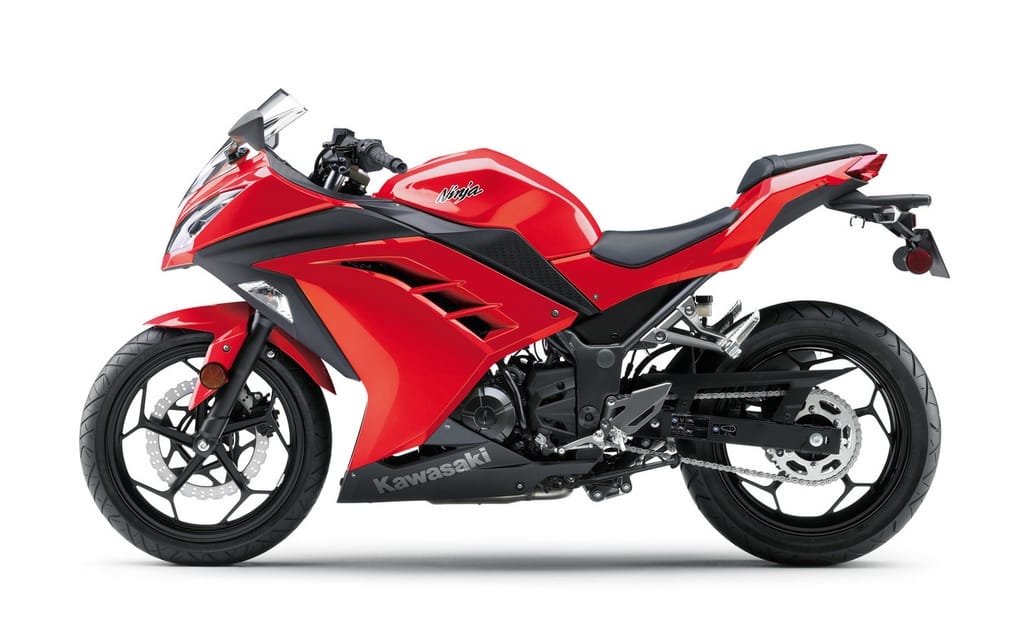 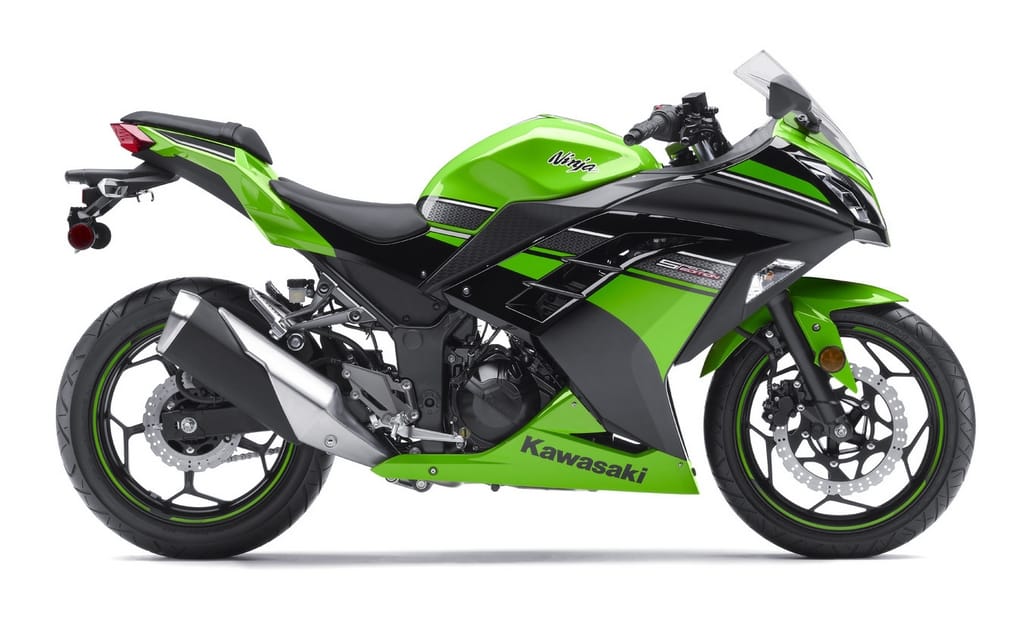 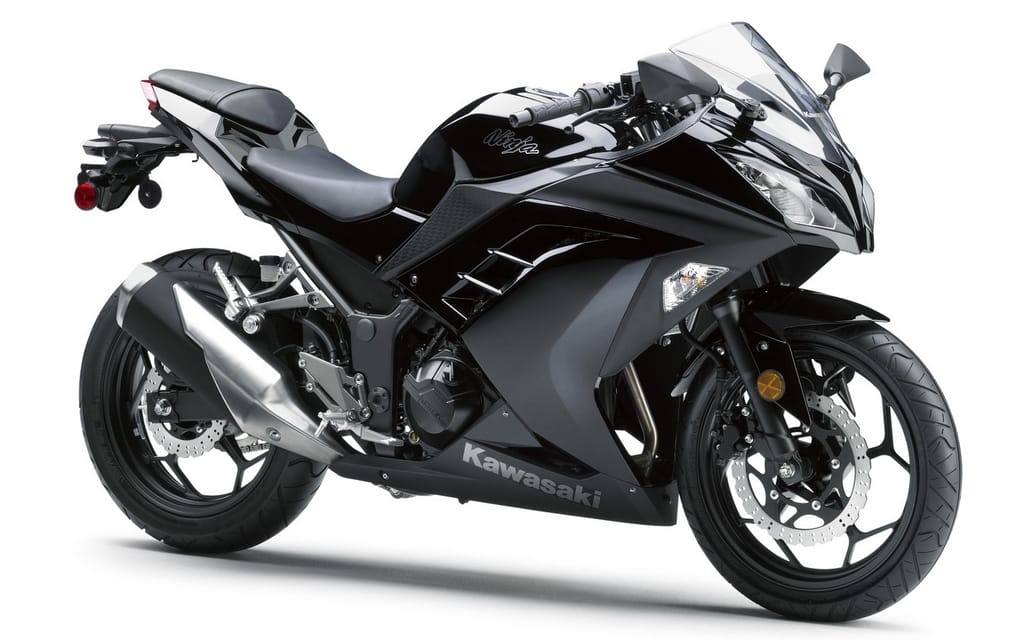 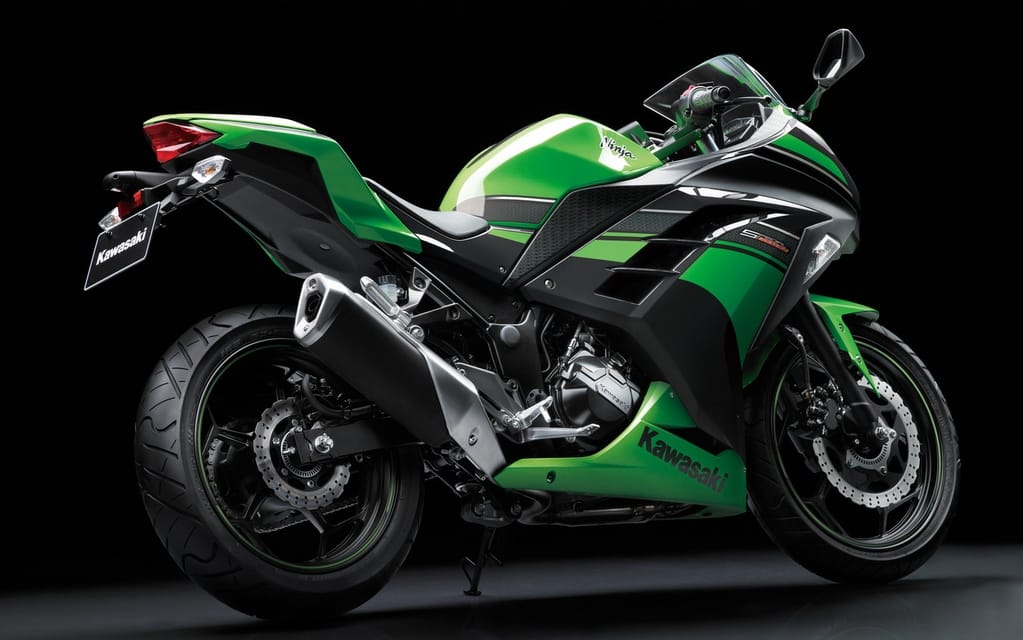 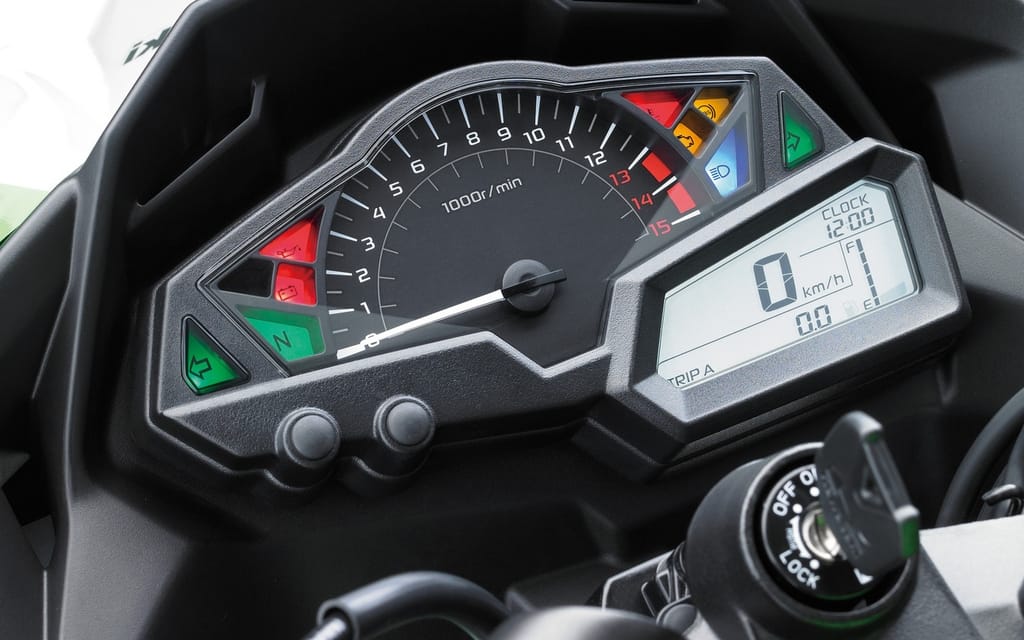 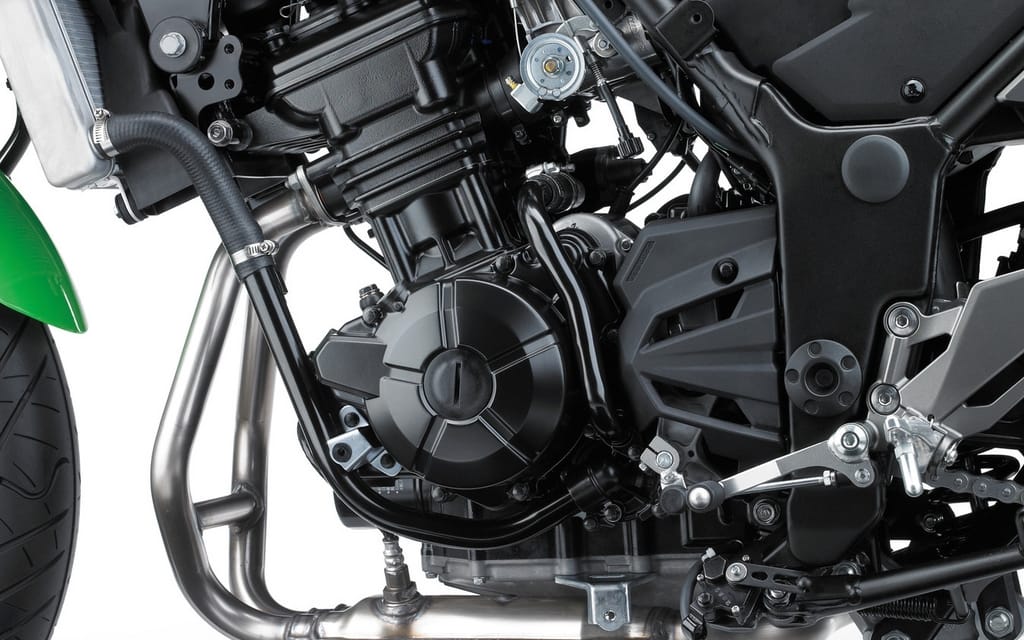 Kawasaki has pulled the wraps off of their new for 2013 Ninja 300. The Ninja 300 replaces the Ninja 250R as the entry-level sportbike. Kawasaki calls is “mass-forward, minimalist-tail” and design elements are shared with other Ninja models.

Following in the vein of the 636cc ZX-6R, the Ninja 300 recognizes that there is no replacement for displacement. The 296cc parallel twin uses four valves per cylinder and dual throttle valve fuel injection to generate a claimed 38.8hp. The catalytic converter helps meet Euro-3 emissions regulations. Like the ZX-6R, the Ninja 300 has a lighter slipper clutch with fewer springs that reportedly reduces effort at the lever.

Suspension at the front is a non-adjustable 37mm fork and the rear features a preload adjustable shock, operated through Kawasaki’s Uni-Trak linkage. Brakes are a 290mm single disc up front and a 220mm disc in the rear. Anti-lock brakes are optional on the 2013 model.

Styling cues, such as the floating windscreen, dual headlamps, and 10-spoke wheels have been copied from the ZX-10 model. Fins in the bodywork have been designed to move engine heat away from the rider and front turn signals are integrated into the fairing side panels.

Kawasaki claims a curb weight of 174kg (383lbs) for the ABS model and 2kg less for the non-ABS bike. The non-ABS model is available in green, red or ebony and the ABS model comes in either ebony or ebony with grey. Information on Canadian MSRP and scheduled release dates will be announced by Kawasaki shortly.