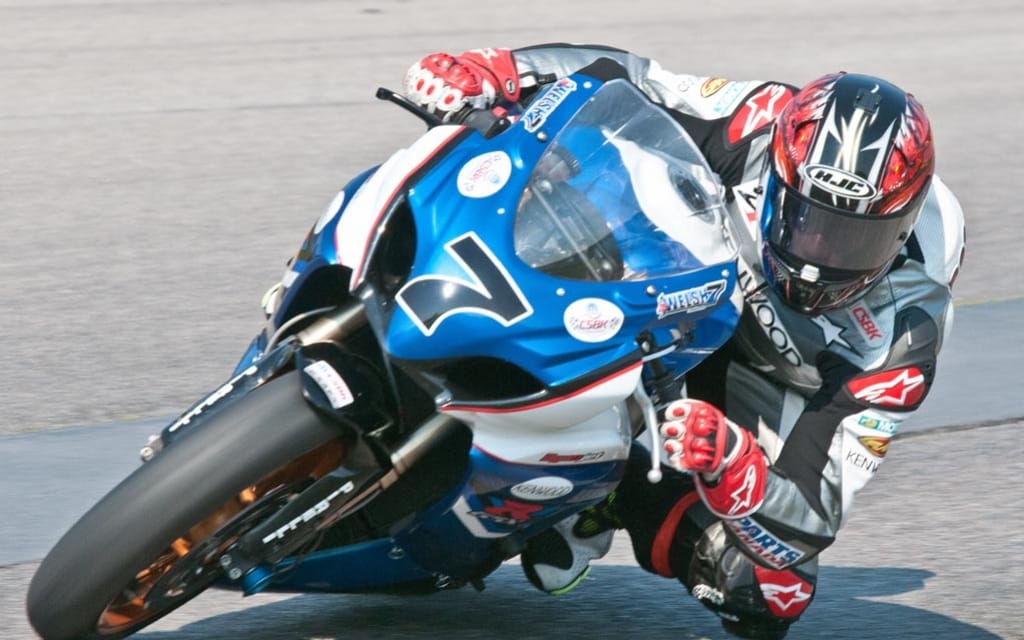 With the Canadian Superbike title sewn up, Jordan Szoke finished second in the final round of the season at Canadian Tire Motorsports Park Sunday. He finished less than four one-hundredths behind Alex Welsh. Szoke’s lead in the overall standings after Saturday’s race was unassailable.

For the second time this weekend, Welsh posted the fastest race lap time. His 1:22.164 best was two-tenths of a second quicker than Szoke. Saturday’s race netted Welsh a third place but on Sunday he held off Szoke for the win.

Full results are available on the Canadian Superbike website.