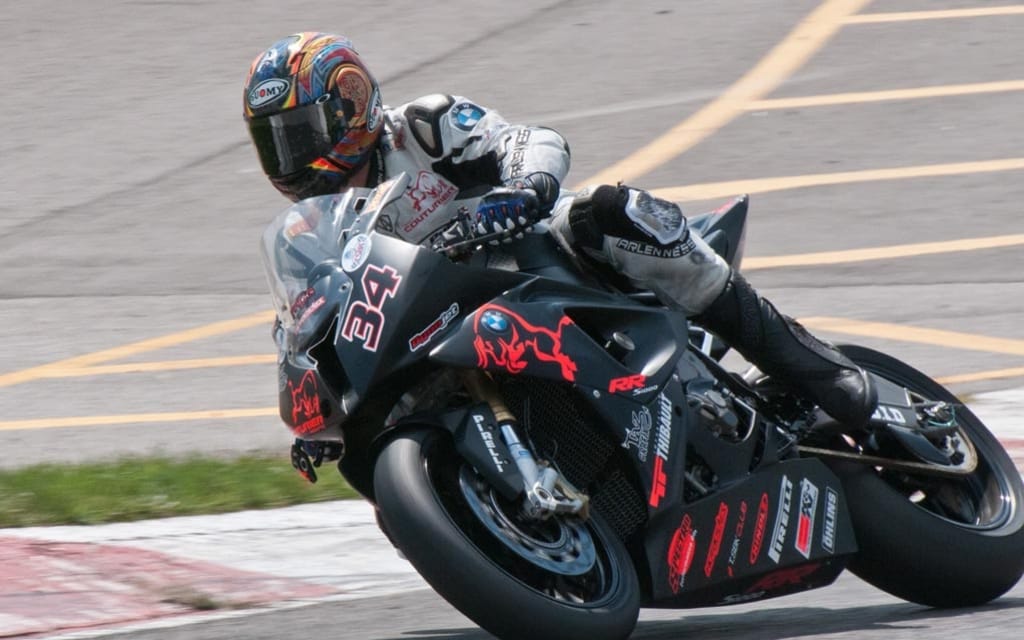 Kevin Lacombe started from pole position and then crossed the stripe just 0.118 seconds ahead of Jordan Szoke to win the fifth round of the Canadian Superbike championship at Canadian Tire Motorsport Park Saturday. The win moves Lacombe into second place overall in the standings behind Szoke.

Szoke had won six of the last eight Superbike national races at CTMP coming into Saturday’s action. Szoke’s second place leaves him perched atop the standings, 59 points ahead of Lacombe. WIth a maximum of 52 points available in Sunday’s race, Szoke wrapped up the championship. This is Szoke’s eighth national superbike title.

Alex Welsh turned the fastest lap of the race with a 1:22.248, and finished third. Welsh’s Suzuki GSX-R1000 was the only non-BMW entry in the top seven finishers.

In Friday’s SuperPole qualifying session, Lacombe broke Szoke’s stranglehold on pole position this season with a qualifying time of 1:21.716, over a half second quicker than Szoke.

Full results of all the races can be found on the Canadian Superbike website. The sixth and final round of the season is Sunday afternoon at CTMP.