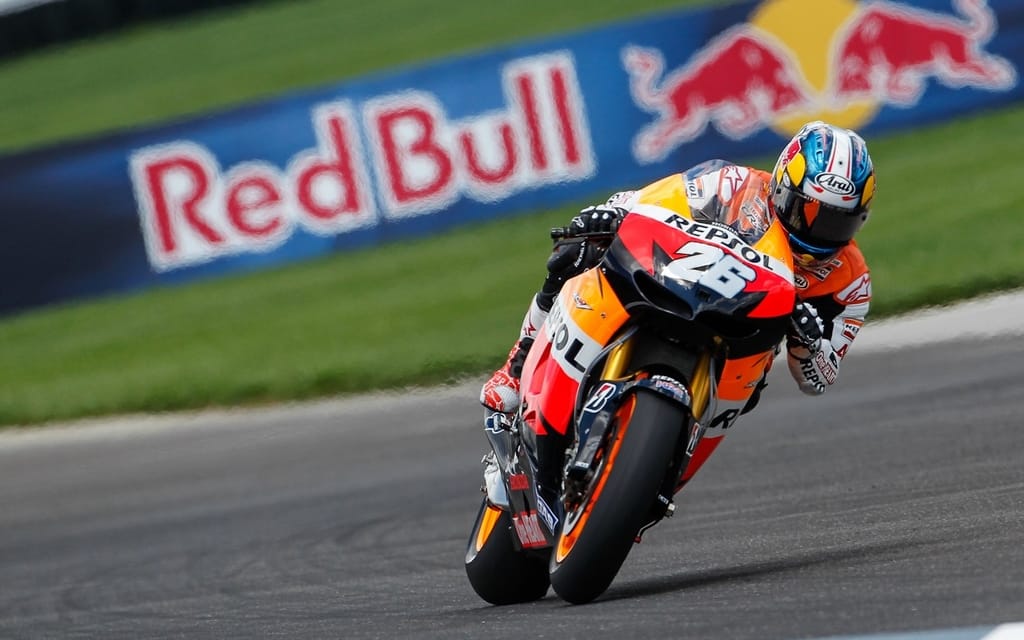 Dani Pedrosa captured the pole position for Sunday’s Moto GP event and in the process set the track record for the fastest motorcycle lap at Indianapolis Motor Speedway. Pedrosa topped the charts with a 1:38.813.

Pedrosa will be joined on the front row by points leader Jorge Lorenzo, who qualified, a tenth of a second back. Andrea Dovizioso rounds out the front row.

Casey Stoner, Nicky Hayden and Ben Spies all crashed heavily in separate incidents during Saturday’s qualifying session. The session was red-flagged twice and while Spies received only minor injuries, both Stoner and Hayden were taken to hospital.

American Nicky Hayden, always a fan-favourite on home soil, broke bones in his right hand and has a concussion. He has been ruled out of Sunday’s race.

An MRI confirmed that Casey Stoner has torn ligaments and bone chips to his right ankle. The ankle will be evaluated Sunday morning and a decision as to whether Stoner will compete will be made closer to race time.

Hector Barbera had a nasty crash in Friday’s practice, landing on his head and neck after a high-side. Barbera fractured three vertebrae. He was returning to the racing after a training crash in July left him with broken bones in his left leg.