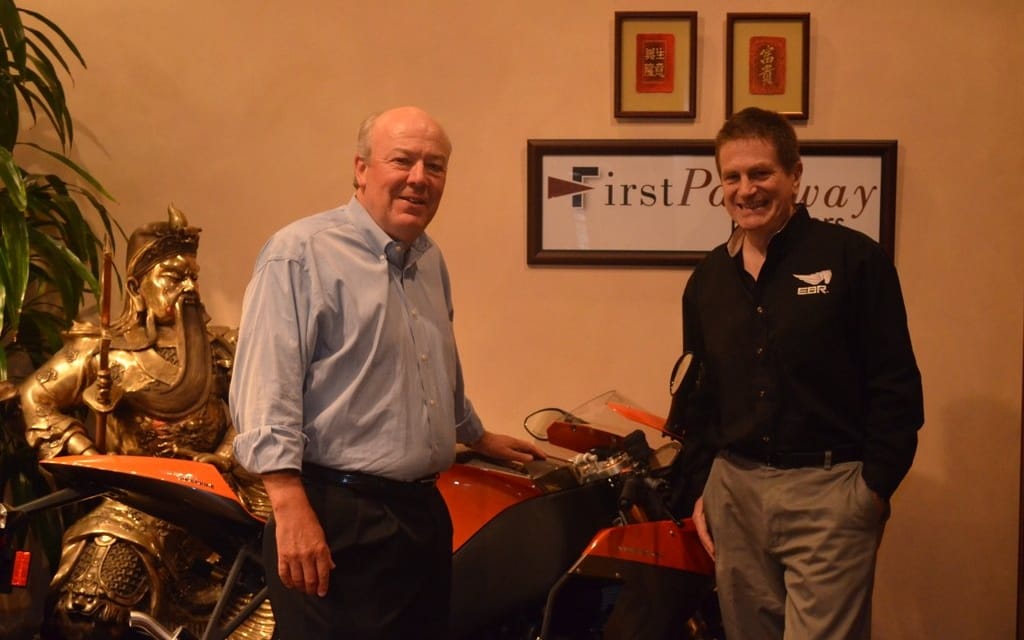 Erik Buell Racing has received $20 million funding through investment fund manager FirstPathway Partners LLC. The investment comes through the “EB-5” program, a product of the Immigrant Act of 1990 designed to encourage investment in American companies by potential immigrants.

The injection of funds is expected to create as many as 200 jobs at the East Troy, Wisconsin manufacturing plant, expand the product line and lower prices of EBR bikes. EBR currently produces one model, priced at $40,000, the 1190RS. Three more models are also expected to be added to the line-up.

The funding will also open up new markets. Erik Buell told Biz Times that he expects to export more than half of the company’s output in three to four years.