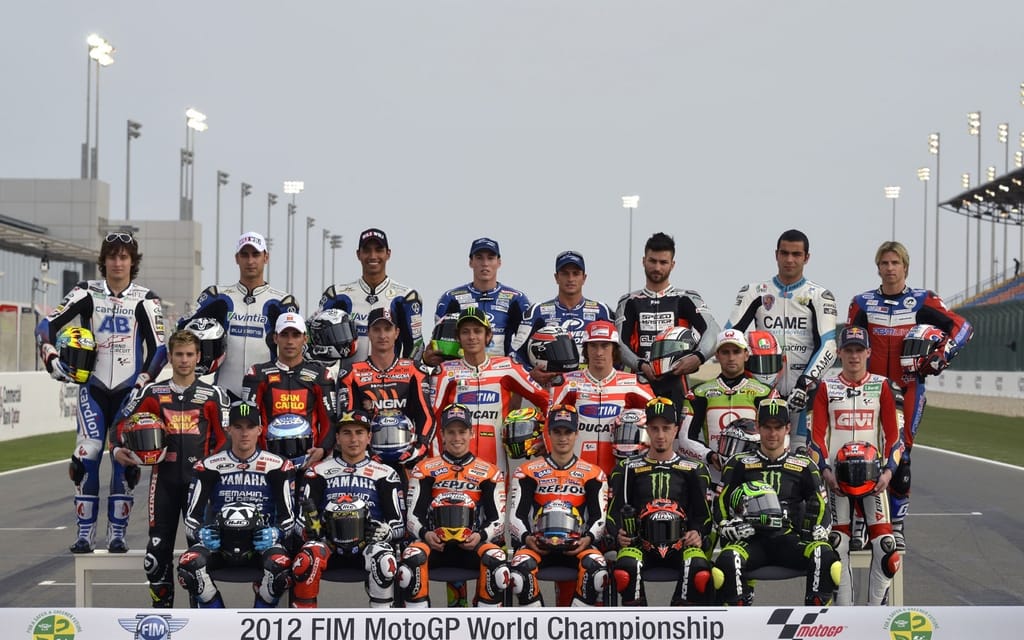 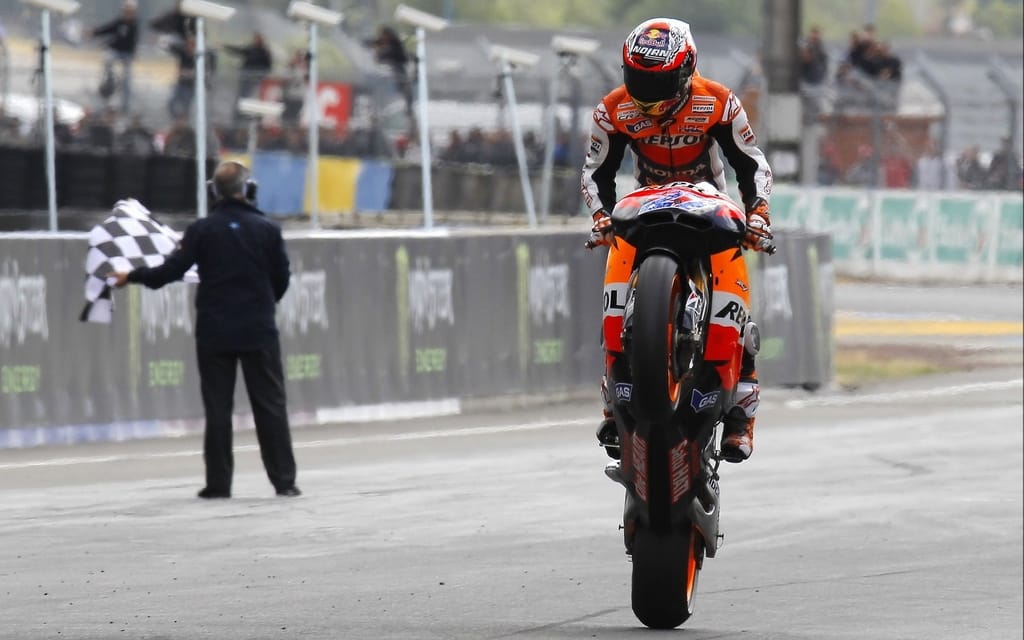 After a long winter break, the MotoGP season opens on Sunday, ushering in the era of 1,000 cc and Claiming Rule Teams. The inaugural race of the 2012 season will run under the lights in Qatar, likely in front of fewer than 10,000 people at 10 p.m. local time.

The racing in the 800 cc era was marred by a rule limiting teams to six engines in a season. Races often settled into a rhythm after early charges and continued as a parade to the finish line. Smaller and lighter than the 990 cc machines before them, the 800s required most riders to be inch-perfect on braking markers and turn-in points for consistent lap times.

Moving to the one-litre format doesn’t dispense with the six engine limit, but larger engines may be more durable with longer life, leading to closer racing. Or there may be little change in team strategies and tactics, leading to racing similar to the 800 cc era.

Bridgestone will supply the spec tire for the series again this year. Teams are limited to 240 tires for the season. Responding to requests from the riders, the compounds are softer and are said to reach operating temperature faster to help ward off early-race high-sides. Softer tires paired to larger engines will lead to tire management concerns. Teams will need to conserve not only engines, but also tires.

In the six pre-season tests in which he has participated, 2011 world champion Casey Stoner topped the time sheets and now looks to be the man to beat heading into the first race. Honda may see their strong showing from last year continue.

Honda’s other rider, Dani Pedrosa, heads into the season dealing with the very essence of first-world problems, his arrest by the Spanish Guardia Civil in relation to cheating on a yachting exam. It is also worth noting that the larger, more powerful bikes may be taxing on the Spaniard due to his physical size.

Valentino Rossi’s struggles at Ducati appear to be continuing. The frame and engine are new for 2012 on the Ducati bike and a consistent setup appears to be eluding the Italian team. There have been improvements, but mid-season looks to be the earliest for a charge by Ducati.

Jorge Lorenzo is the most likely to challenge Stoner at the pointy end of the field. He starts the season in excellent physical condition by his own reckoning and happy with the results of pre-season testing. Yamaha’s electronics package appears to be lagging behind Honda, again by Lorenzo’s reckoning.

What is new is the Claiming Rule Teams. The intention is to boost privateer (non-factory supported) entries. Claiming Rules Teams may carry more fuel than the factory entries (24 litres vs 21 for factory entries). Nine teams will participate as CRT. To keep factory entries from sneaking in as CRT pretenders, engines with transmissions in CRT machines can be claimed by a rival team for €20,000 after a race. The unintended result may be two-tiered racing and a lot of back markers.

How will it all shake out? The answers start coming with the starting light at the Losail race at 3 p.m. Eastern time, noon Pacific time.