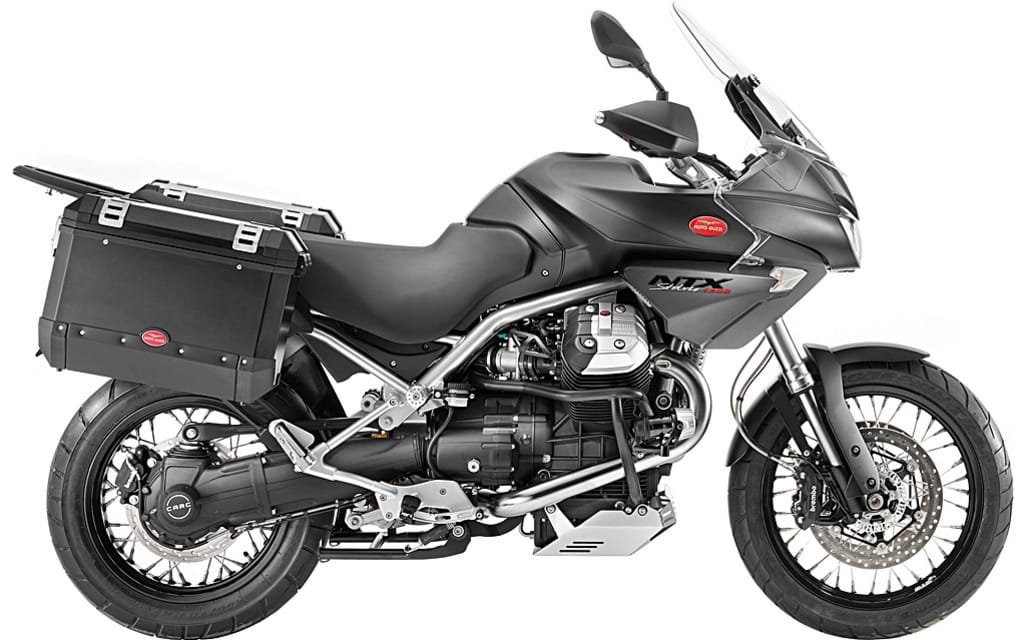 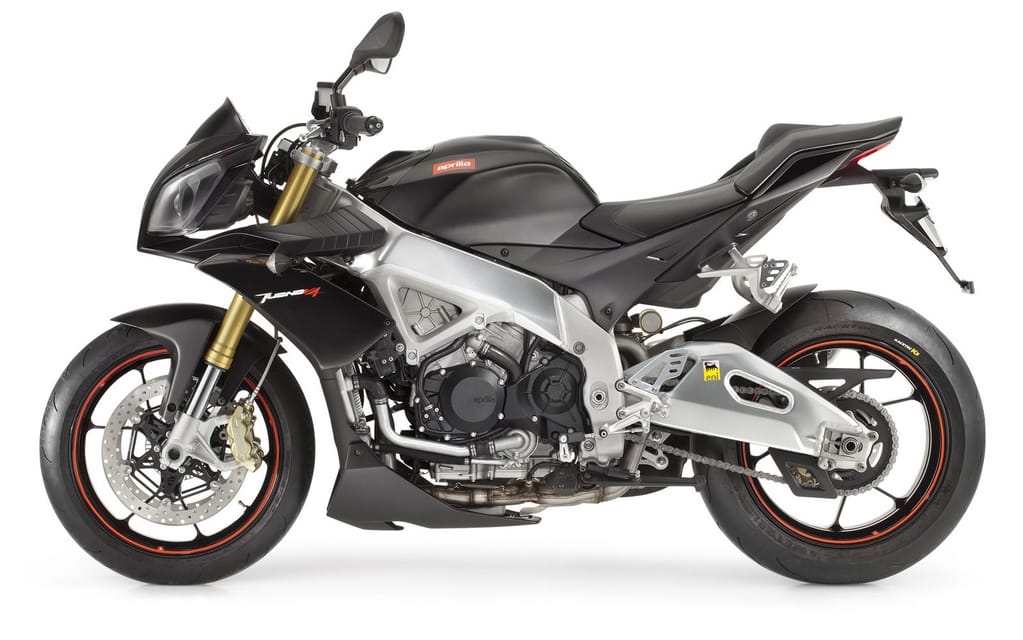 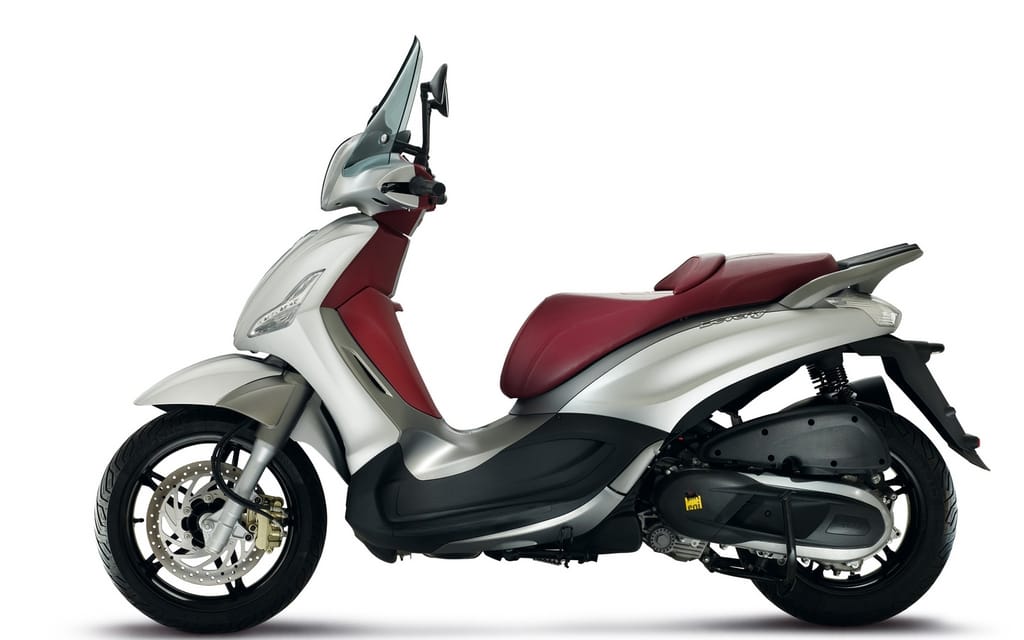 The Piaggio Group rolled out three new production models and unveiled four prototype models in front of over 300 dealers from Canada and the U.S. recently. Two new street motorcycles, the Moto Guzzi Stelvio 1200 NXT and the Aprilia Tuono V4, along with Piaggios’s BV350 scooter, are to be brought to Canada this model year.  Piaggio also announced a new design centre to be opened in California. Based in Pisa, Italy, the Piaggio Group includes Vespa, Gilera, Derbi, Aprilia, Scarabeo, and Moto Guzzi.

Aprilia’s Tuono V4 features a 65° V4 engine that makes a claimed 167.3 hp and will be fitted with the Aprilia Performance Ride Control electronics lifted from the RSV4 superbike. Despite its minimal fairing, Piaggio claims this is the fastest naked bike available. The machine is due in dealerships in March at $15,695.

The adventure touring Moto Guzzi Stelvio has received a larger fuel tank and a revised fairing with an angry look about the headlights that is claimed to offer better wind protection than the previous model. Traction control, switchable ABS and aluminium panniers are standard and the windshield, levers, saddle and footpegs are all adjustable. The engine will, of course, be a 90° transverse V-twin. Canadian MSRP will be $16,190.

The BV350 scooter will churn out a claimed 33.3 hp from its fuel-injected, water-cooled, four-valve 350cc single. The European version of the BV has ABS and traction control but these electronic jewels will not make it to the North American version. The styling is decidedly edgy and the matte finish wheels are large-for-scooter (16” front, 14”rear). It’s expected in dealerships in May with an MSRP of $5665.

The design centre, to be located in Pasadena, will be headed by Piaggio designer Miguel Galluzzi. Working on projects for all of the Piaggio lines, the design centre team will study advanced materials and alternative energies.