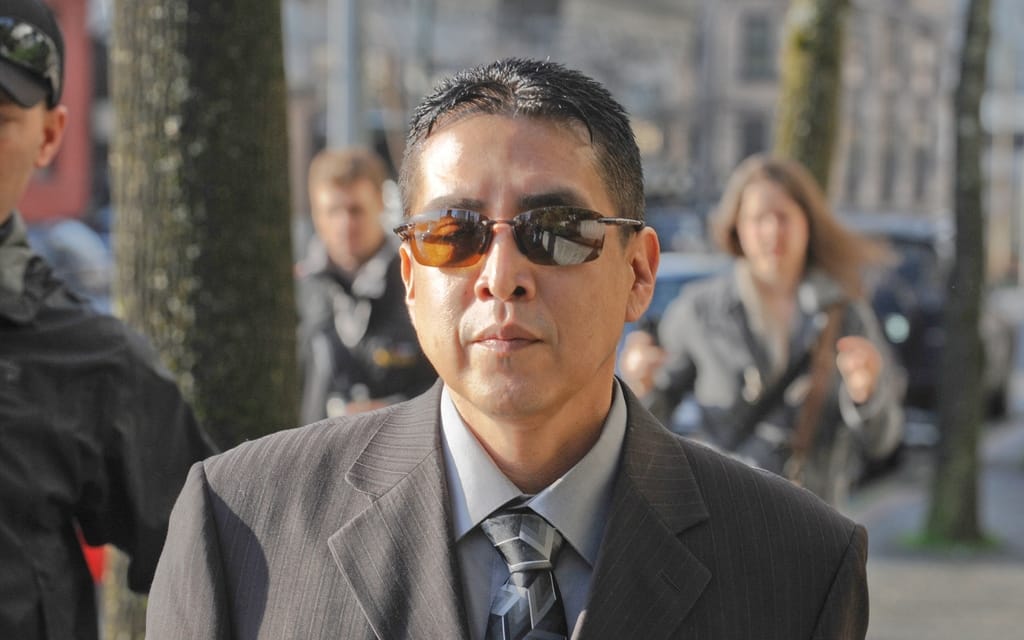 A British Columbia court handed down a guilty verdict Friday in the obstruction of justice case against Cpl. Benjamin Monty Robinson, an RCMP officer. Robinson was charged after his Jeep collided with a motorcycle in Delta, B.C., in 2008, killing 21-year-old Orion Hutchinson.

Robinson admitted in court that he had consumed five beers at a Halloween party prior to the collision. Leaving his driver’s license with a bystander, he walked home with his children and drank two shots of vodka before returning to the scene.

The judge ruled that Robinson’s version of events was not credible and that he knew consuming vodka would make it impossible to determine of Robinson’s blood-alcohol level at the time of the impact. “A veteran off-duty police officer acting reasonably would not have behaved as Robinson did. This was not a simple error of judgment, mistake, or inadvertence,” Madam Justice Janice Dillon said in delivering the verdict inside B.C. Supreme Court in New Westminster.

Members of the Hutchinson family broke down in tears in the courtroom as they listened to the judge deliver the verdict.

RCMP assistant commissioner Norm Lipinsky said Friday that Robinson faces a disciplinary hearing and the force will seek his dismissal. Robinson has been suspended with pay since the collision.

Robinson will return to court April 4 to set a date for sentencing. The Crown is still considering its position on the sentence. The maximum penalty for obstruction of justice is 10 years.

Robinson is awaiting trial for perjury in connection with the Taser death of Robert Dziekanski at the Vancouver airport in 2007. That trial is set for 2013.