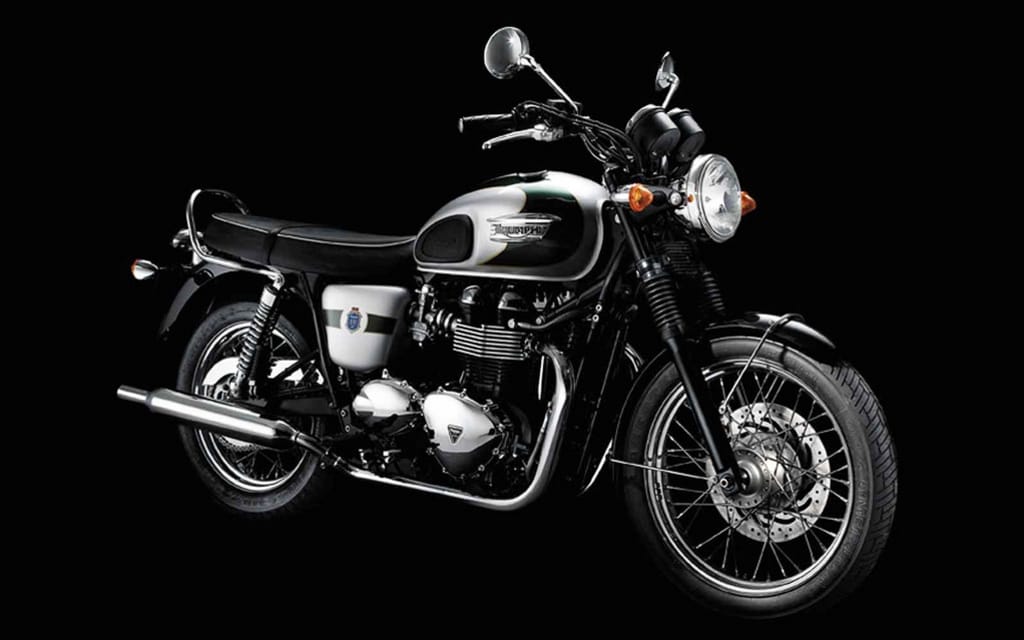 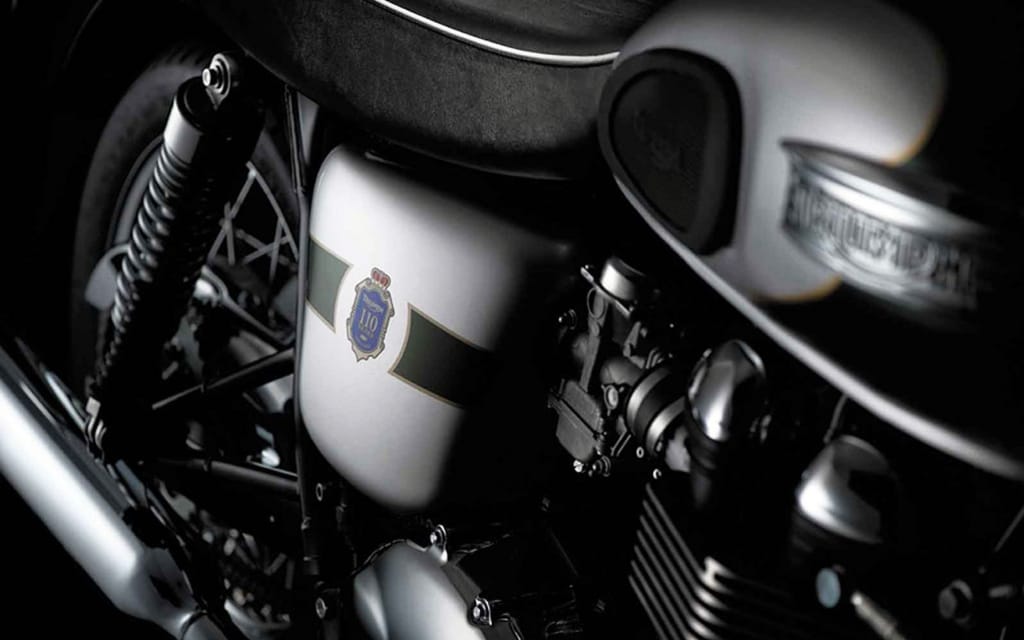 The machines, with a numbered plaque on the upper triple clamp and certificate of authenticity, feature a khaki green and silver livery reminiscent of early Triumph models. Other special features include a reinterpretation of the original Triumph crest on the bike’s side covers, as well as a chromed chain guard, cam cover and grab rail.

Mechanically, the Anniversary Edition is identical to the standard-issue Bonneville T100. The fuel-injected 865cc dual overhead cam parallel twin delivers a claimed 67 hp through a five-speed transmission. Suspension is 41mm forks up front and twin coil-over shocks out back.

Triumph has been building motorcycles since 1902, although a rocky period in the early 1980s saw shockingly low production numbers. John Bloor rescued the company from receivership in 1983 and has revitalized the famous marque.