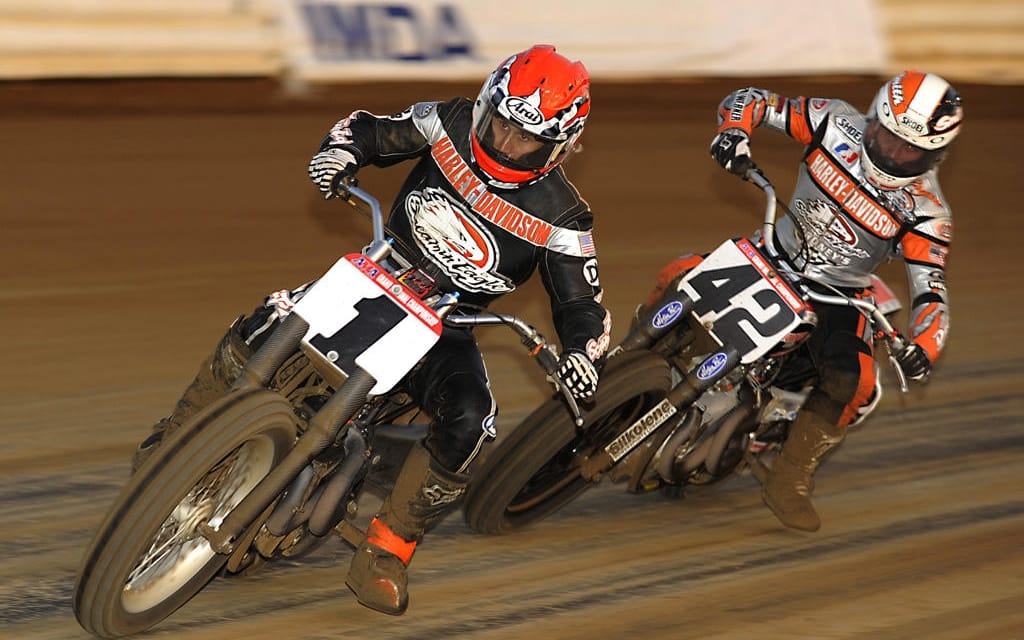 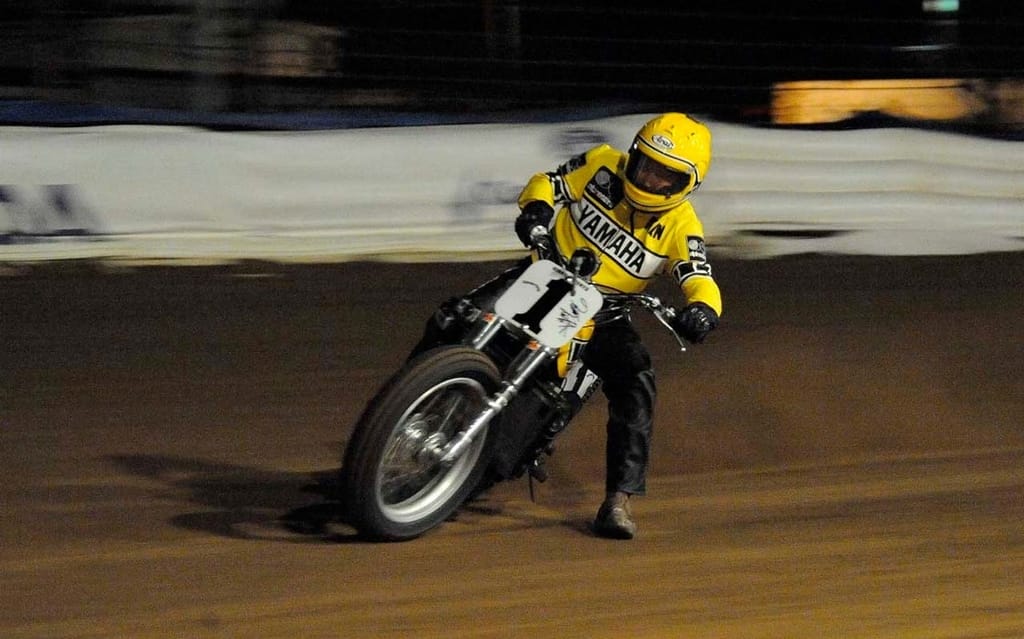 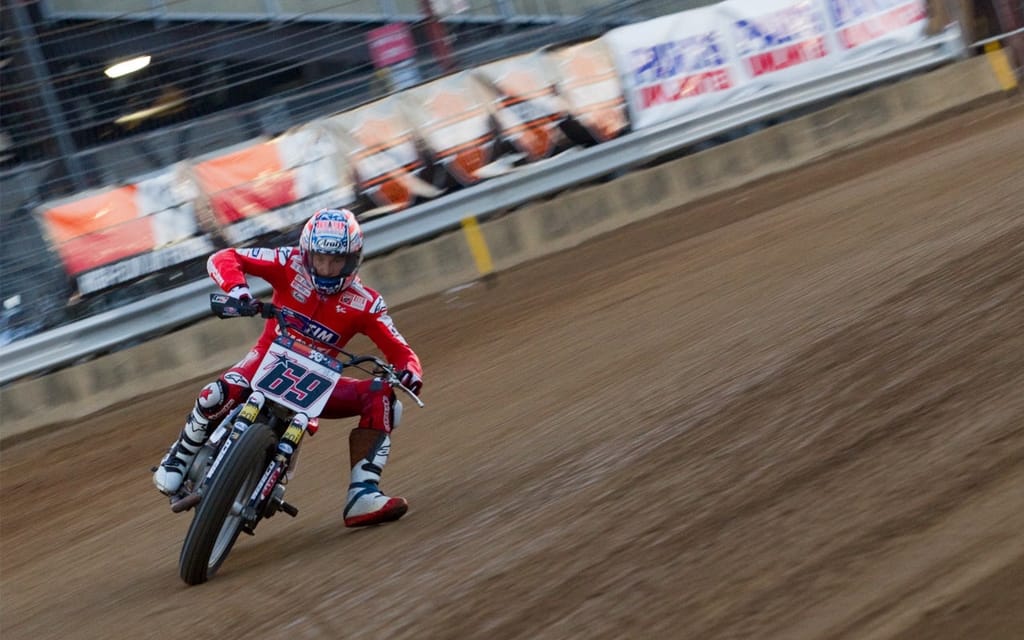 AMA Pro Flat Track racing returns to the famed Indy Mile at the Indiana State Fairgrounds August 18th, after being cancelled in 2011.The Saturday night event runs during the MotoGP weekend in Indianapolis.

The event will feature both Pro Singles, for bikes up to 450cc with production frames; and Pro Grand National Twins, open to multi-cylinder 550cc to 1250cc engines.  Luminaries such as Kevin Schwantz, Wayne Rainey, Eddie Lawson and Freddie Spencer have raced at the Indy Mile.

The Indy Mile was cancelled in 2011 after 70 mph winds caused the stage at a concert by the band Sugarland to collapse, killing five people in the audience. The investigation closed the grandstand and the one mile track.