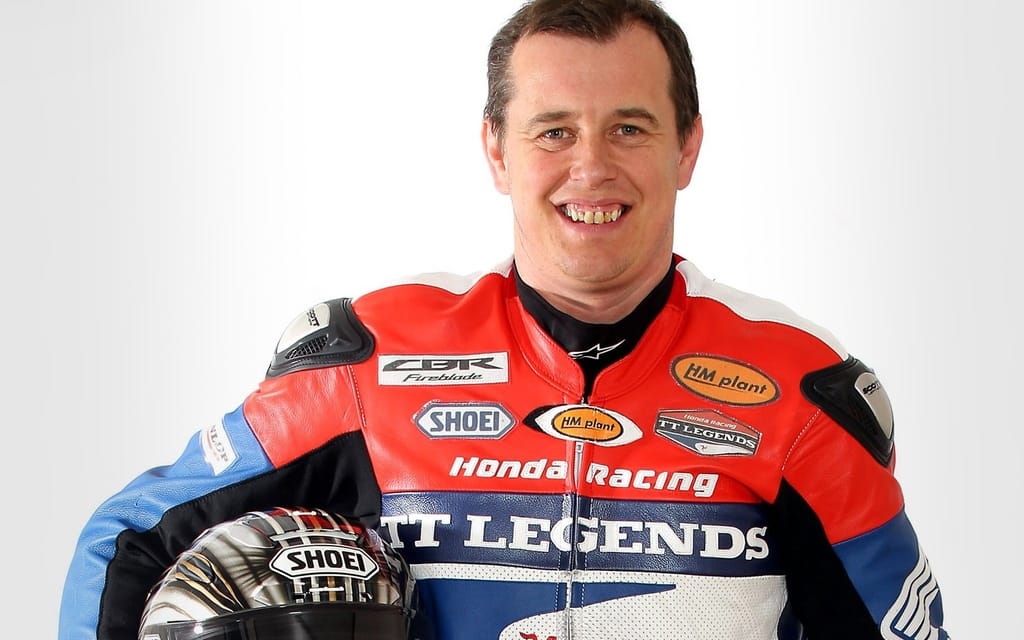 While not an official announcement, word that British road racer John McGuinness will race the Mugen Honda entry in the Isle of Man TT Zero event was let out in a locker room video. McGuinness mentions “riding the electric bike TT this year” in the video, and reveals that he will be in Japan for testing starting March 9.

McGuinness has notched 17 wins on the fabled mountain course and has raced for the HM Plant Honda team in British Superstock races.

The Isle of Man TT Zero is an event for motorcycles with no carbon dioxide emissions.

The video of his interview is attached below. All is revealed at the nine minute mark.