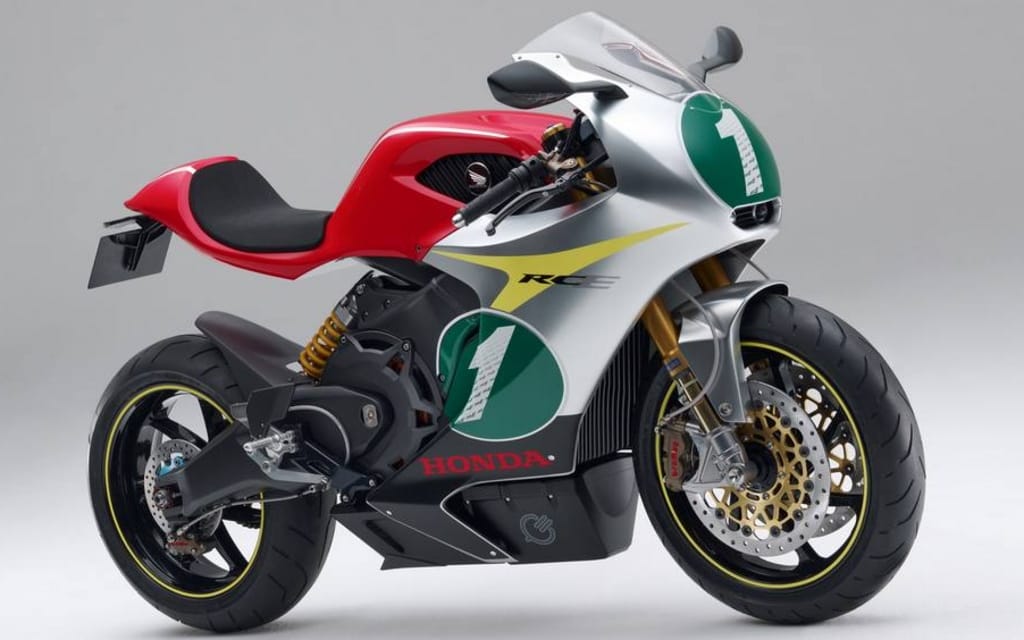 Honda has announced that they will race an electric motorcycle in the 2012 Isle of Man TT Zero. In a landmark move, the company that won their first race on the fabled 37.7 mile Mountain Course in 1959 will compete with an all-new original electric motorcycle. The name of a rider will be announced after testing in Japan and the United Kingdom.

An electric motorcycle has yet to lap the course at an average speed over 100 mph. The Isle of Man government has offered a £10,000 prize to the first team to achieve the mark. The TT Zero race is a one lap time trial and is open to motorcycles that emit no CO2.

Honda’s RC-E concept motorcycle, shown in the lead photo, was unveiled at the Tokyo Motor Show last year. Honda’s IOM entry may bear little resemblance to the classical styling of the prototype. The theme of the Honda display was “What Makes People Feel Good?”