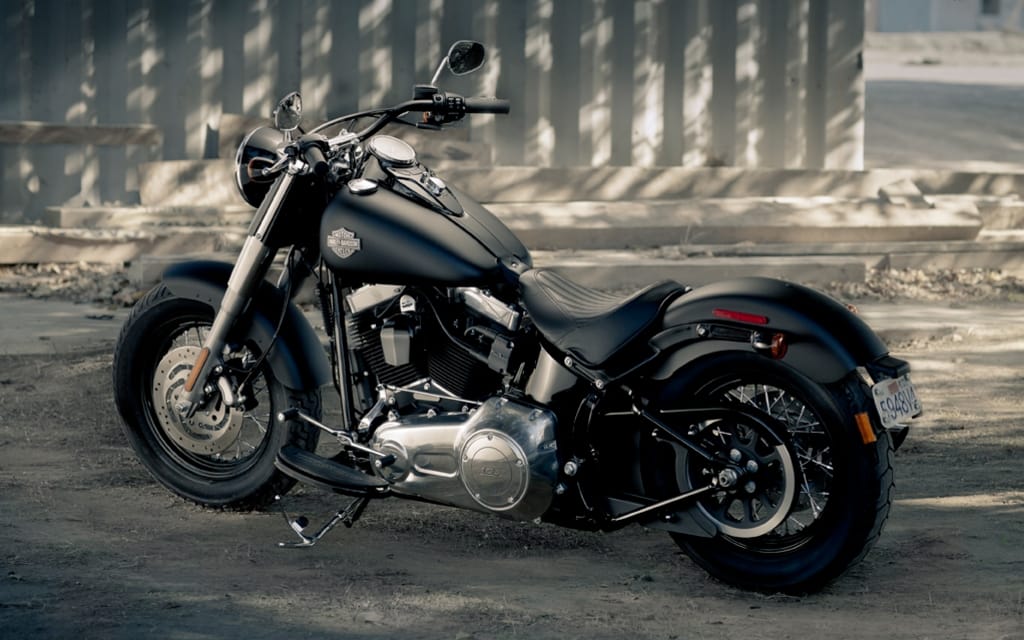 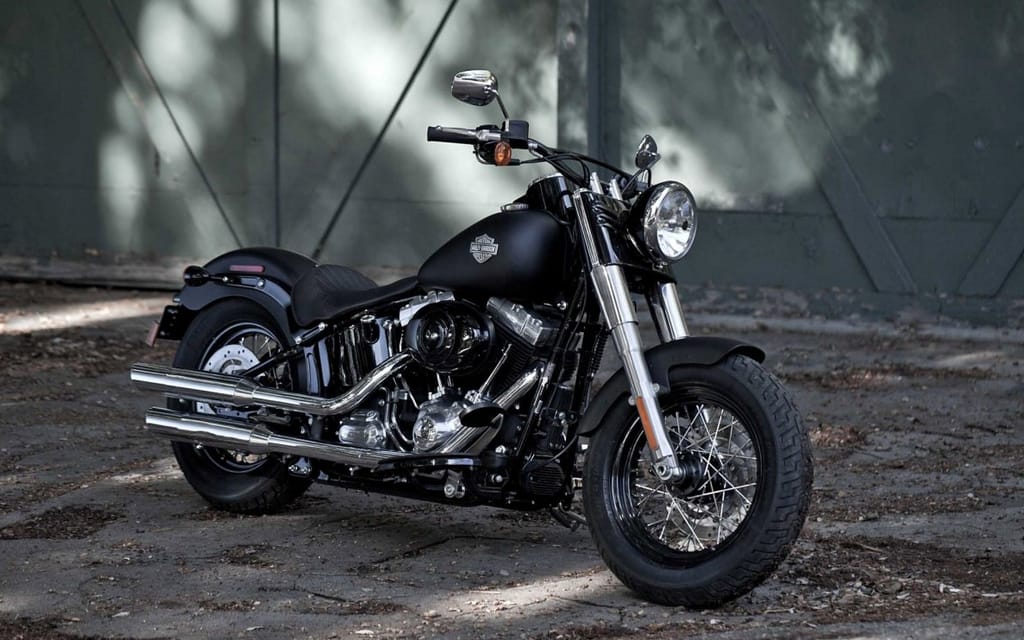 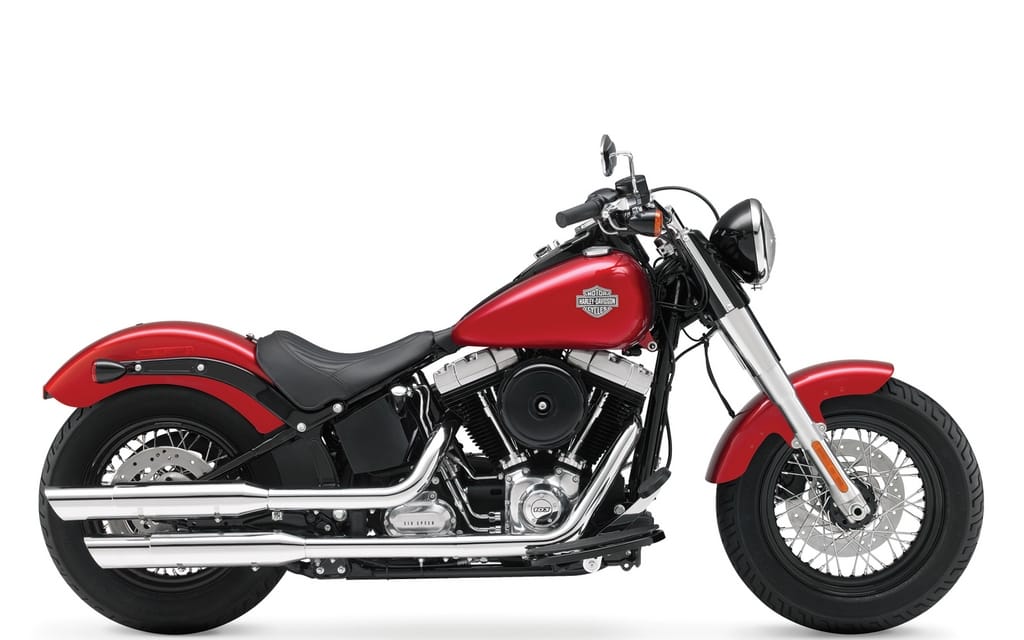 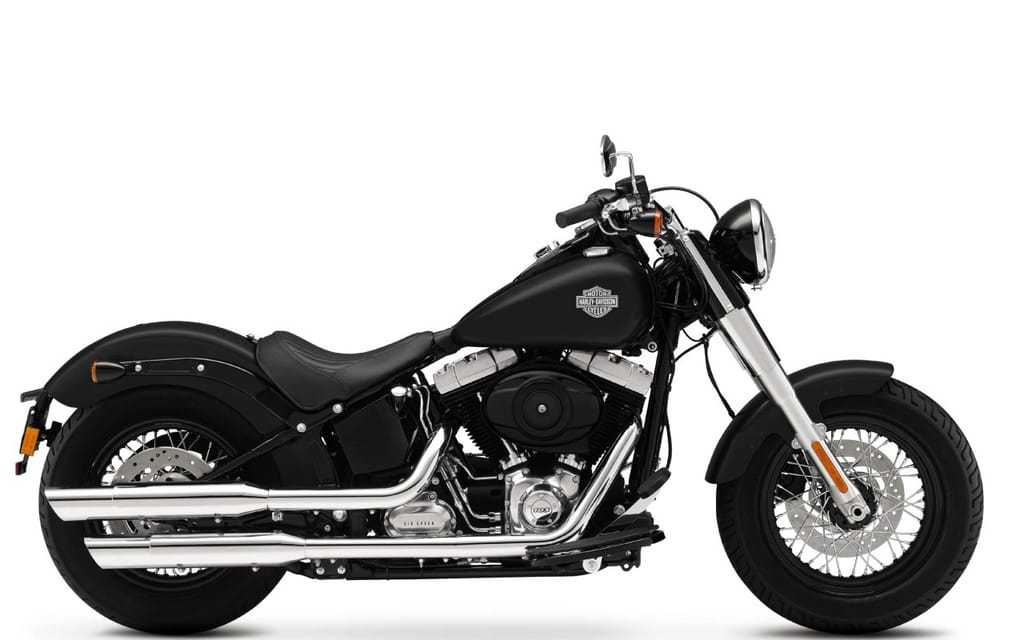 The Softail Slim will join the Deeley Harley-Davidson line-up in 2012, says the Canadian distributor. The Slim has been created by paring down the Softail to its elements, the company said. “I’d personally like to strip the bike down even further,” says senior designer Casey Ketterhagen, “but this is as far as we can go on a production motorcycle.”

Ketterhagen claims that making the engine the focus and getting the proportions of the machine back in check were the styling themes of the new Slim. Channelling the look of home-built bobbers from the ’40s and ’50s led to slimming down the 16-inch black-laced rear wheel, an abundant use of gloss-black finishes and stripping off superfluous trim, he said. The rear fender was chopped to reveal the tire. Michael Uhlarik’s nemesis, the front fender, is a trimmed FL unit.

Ketterhagen said Harley’s rigidly mounted 103 cubic inch V-Twin is visible through the gap between the tank and the tuck-and-roll finished solo seat. The designer said he felt this would keep the rider in touch with the engine. Both engine and six-speed transmission are finished in black powdercoat with polished (not chromed) covers. The arrow-straight chrome pipes end in staggered dual mufflers.

Viewed in profile, the Slim, with its hardtail-look frame and Hydra Glide-inspired fork, clearly shows its Softail family heritage. The wide, flat, cross-braced “Hollywood” handlebar finished in gloss black is a Springer model accessory. With a seat height of 23.8”, a go-kart is the only vehicle that will have you sitting lower.

Retro styling cues include a cat-eye speedo console, half-moon foot boards and louvres punched in the headlight housing. Modern touches include LED taillights and optional Smart Security System. You’re asking “how much more black could it be”? If you avoid the Ember Red Sunglow and opt for either the Vivid Black or Denim Black colours then the answer is “none more black.”

Despite adding to their line-up, Harley-Davidson might appear to be shrinking. The Fat Boy is available in a Lo version, the Sportster can be had in SuperLow and now the Softail comes in Slim. It is fair to wonder, if the Softail Slim proves successful, will the Slim concept surface on other models? Could we see Harley Davison adopt, at least in part, a less-is-more philosophy?

MSRP in Canada is $17,599 and the Slim is now being shipped to Canadian Harley-Davidson retailers.