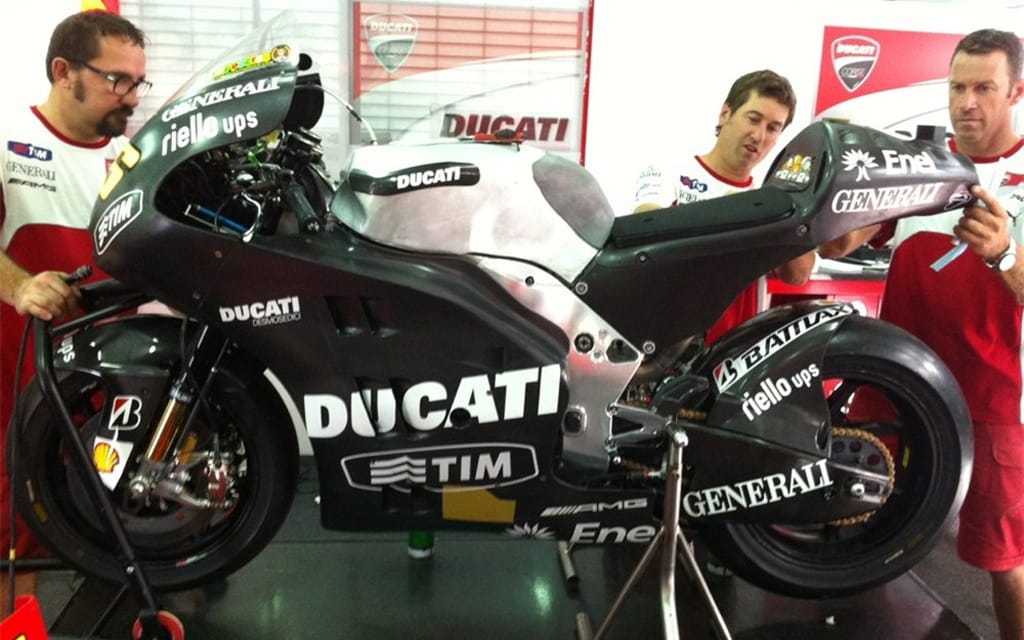 The motorcycle that Valentino Rossi will ride in 2012 MotoGP competition has been revealed by the man himself via Twitter. Posting a twitpic of his Ducati Desmosedici GP12 ahead of the season’s first test in Sepang tomorrow, Rossi proclaimed, “Ladies and Gentleman, new bike is ready!”

Tomorrow’s test will be the first true comparison between the Ducati prototype and its Yamaha and Honda rivals since the move to 1000 cc machines.

After a dissapointing season last year, Ducati team manager Vittoriano Guareschi has already played down immediate expectations for their all-new bike, “A good result could be to finish the three-day session within one or 1.2 seconds off the quickest riders. With a completely new bike, that kind of result should not be scorned.”