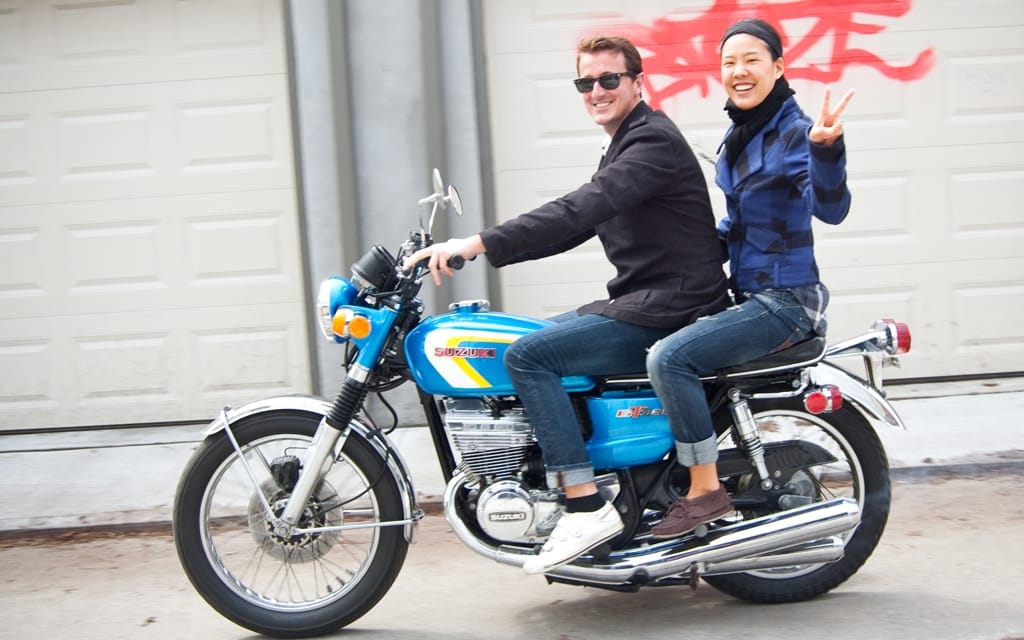 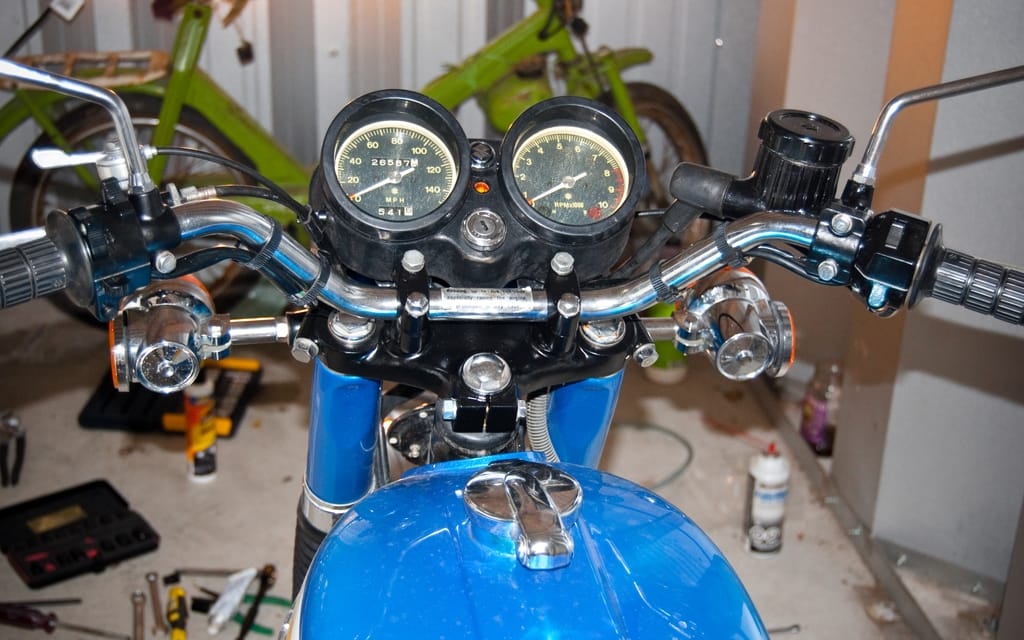 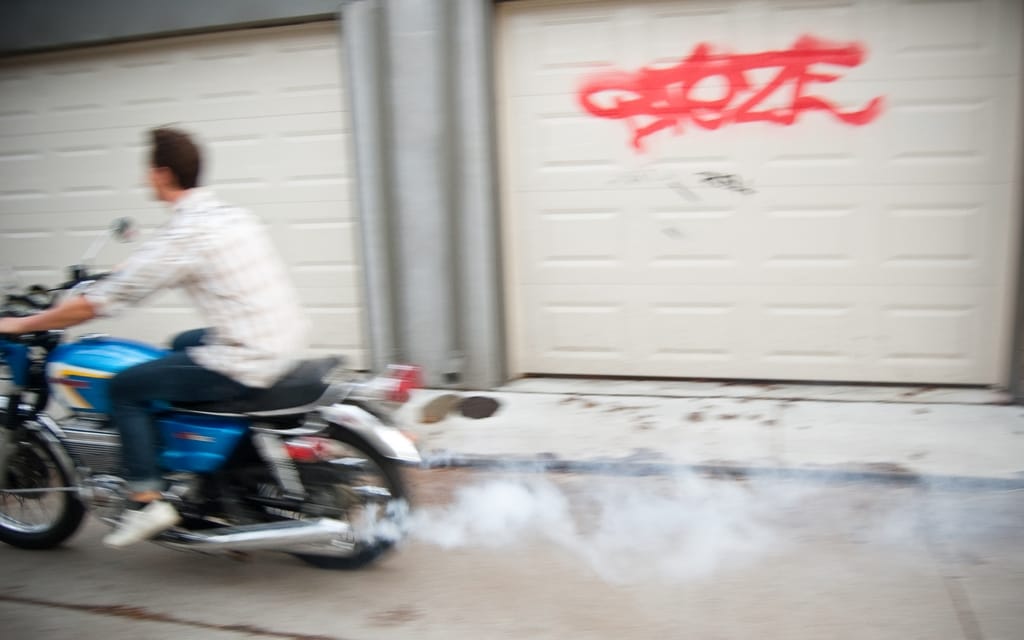 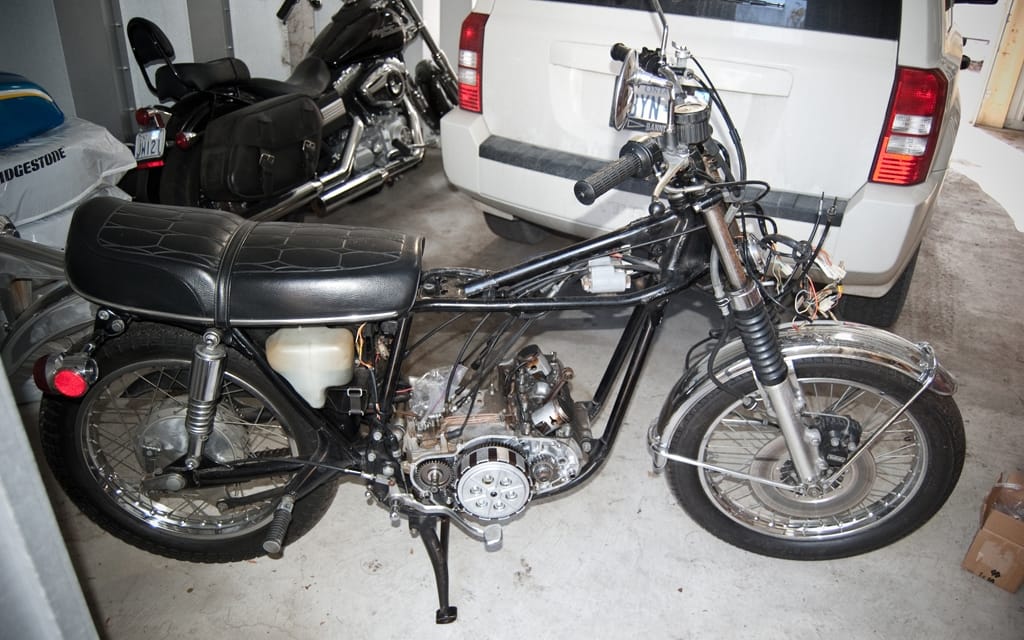 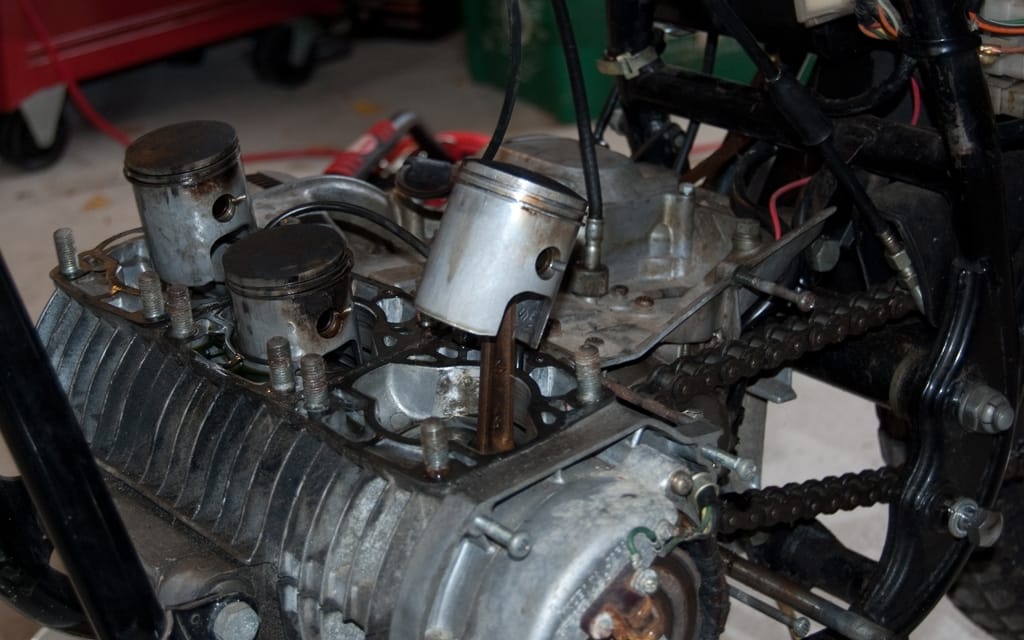 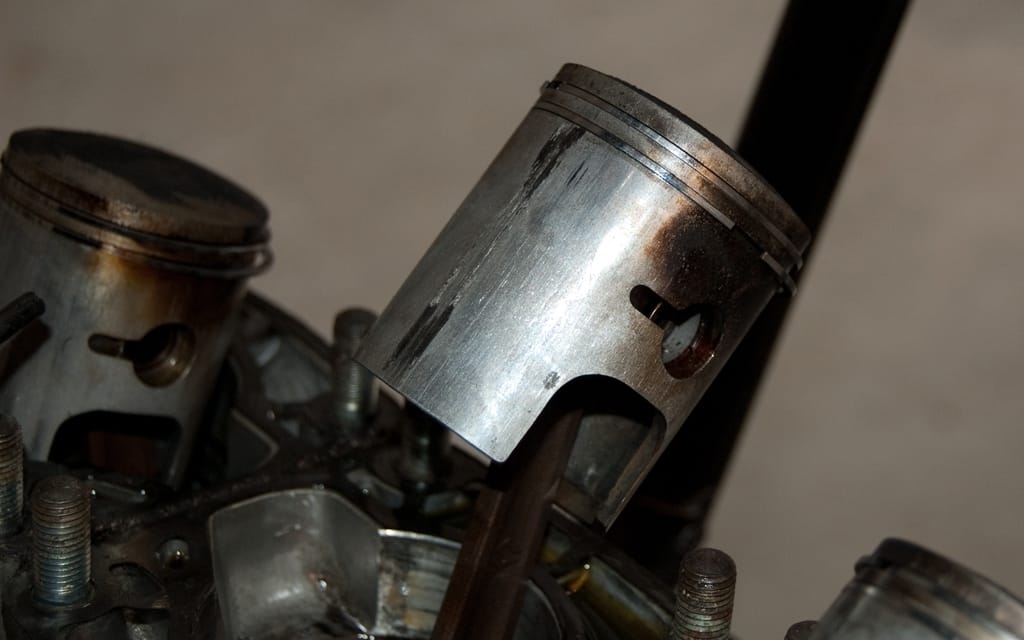 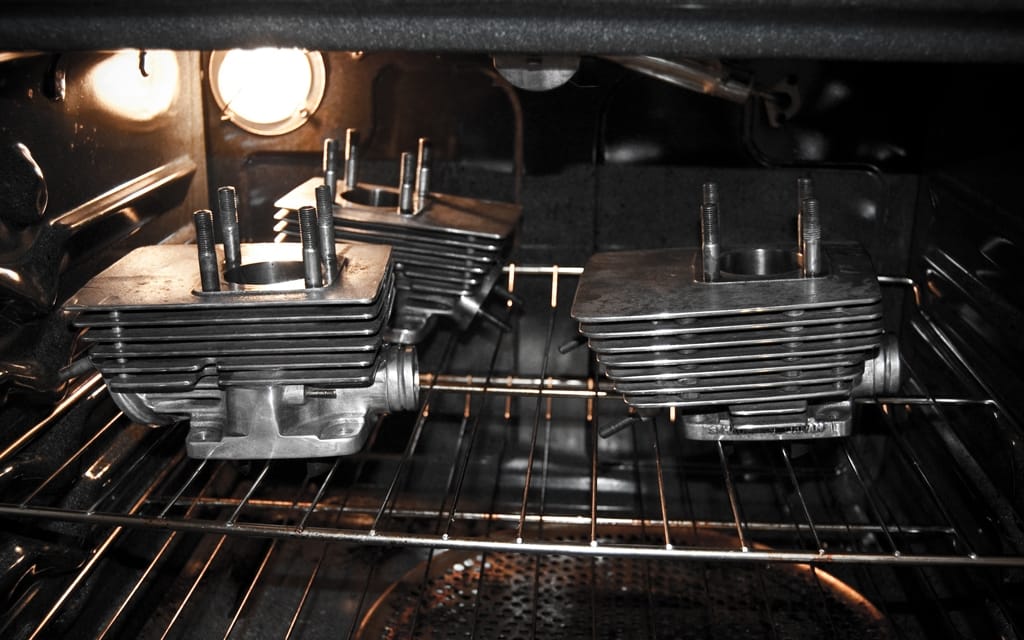 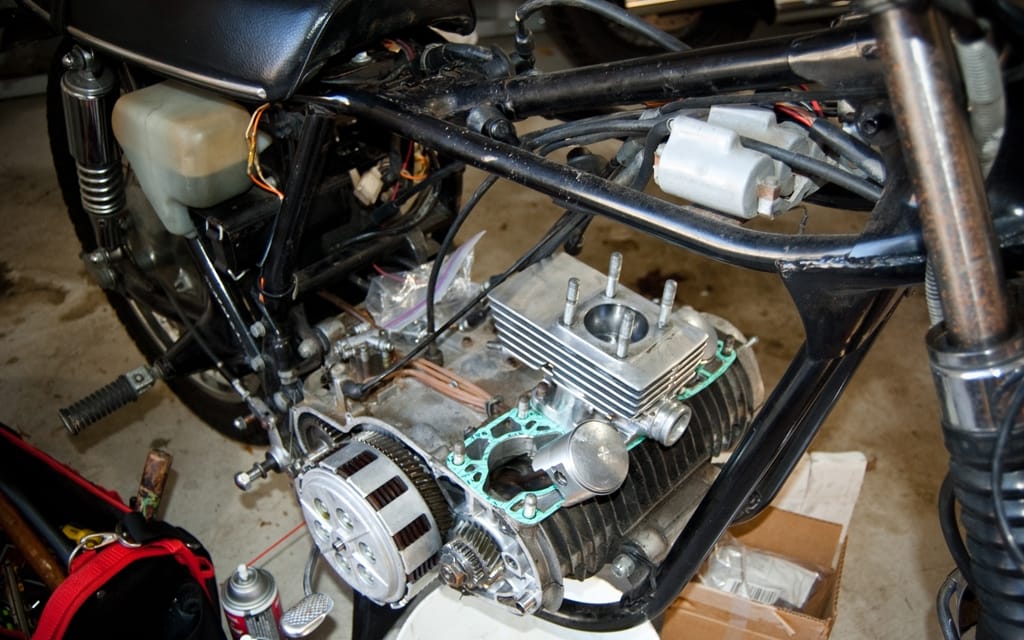 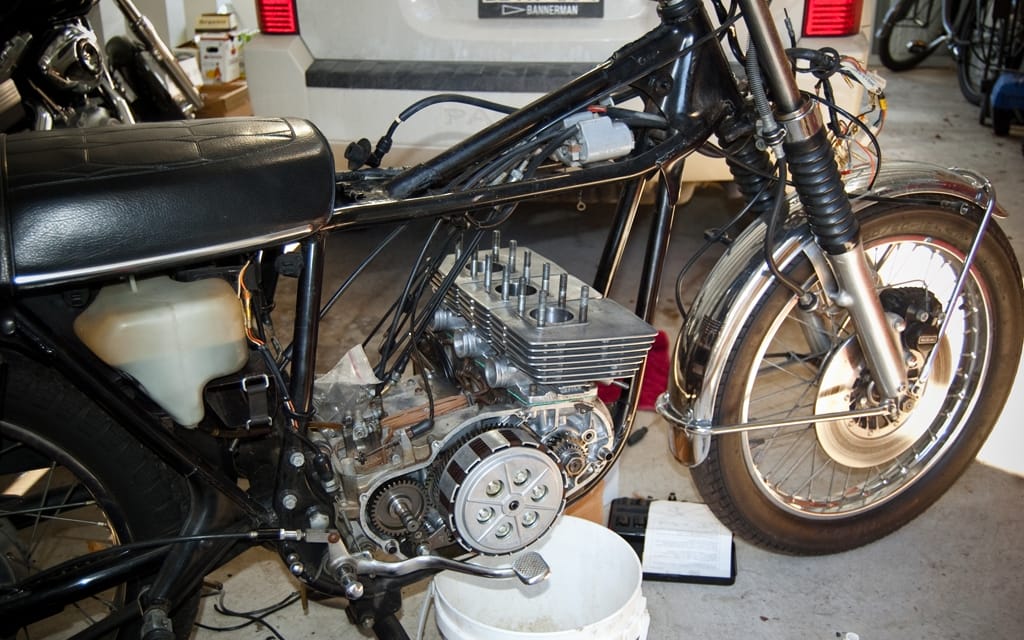 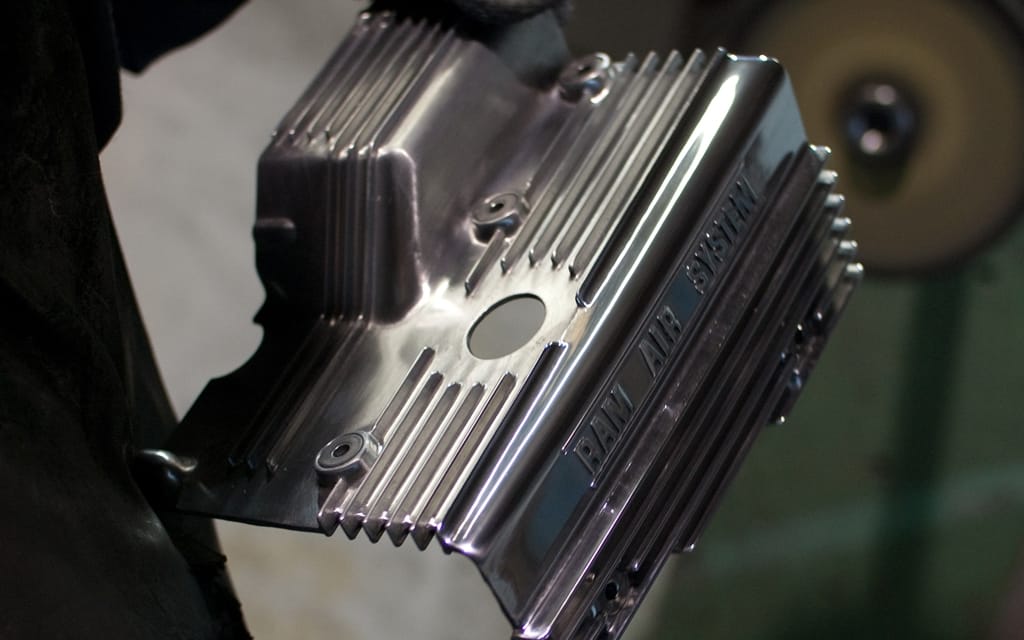 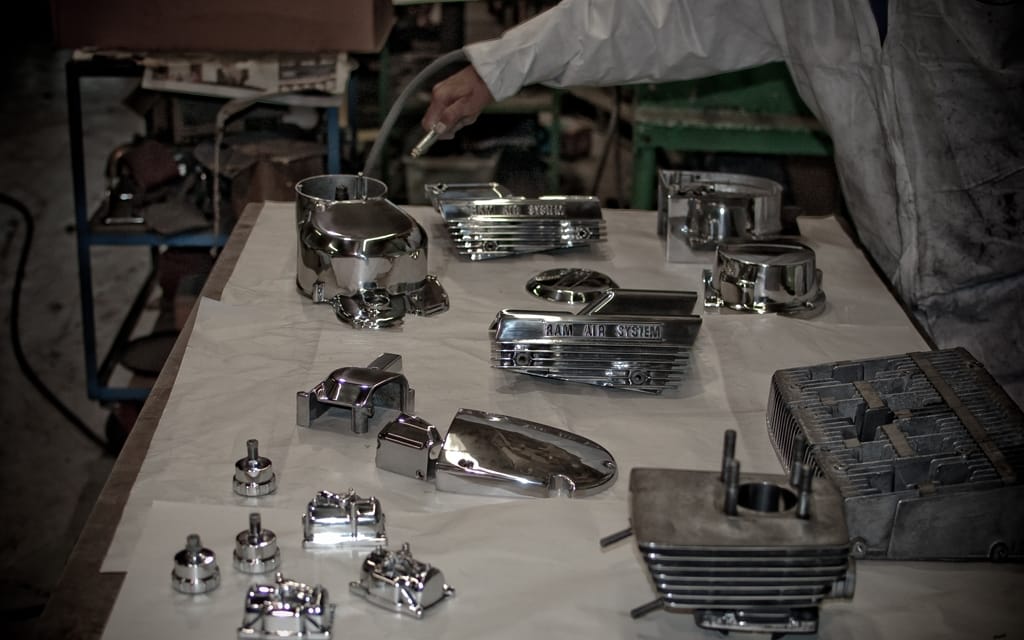 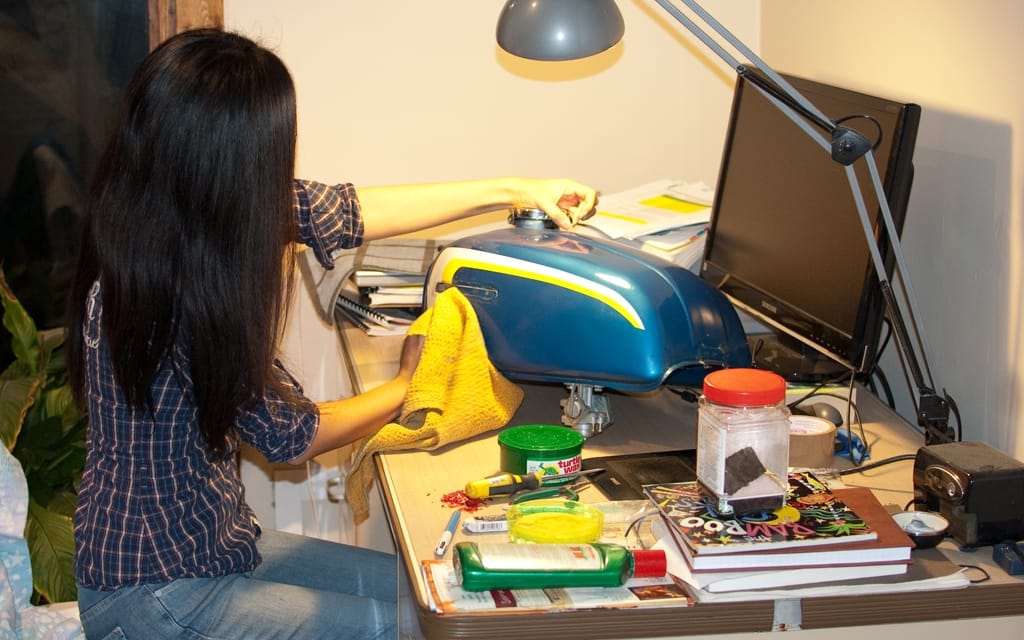 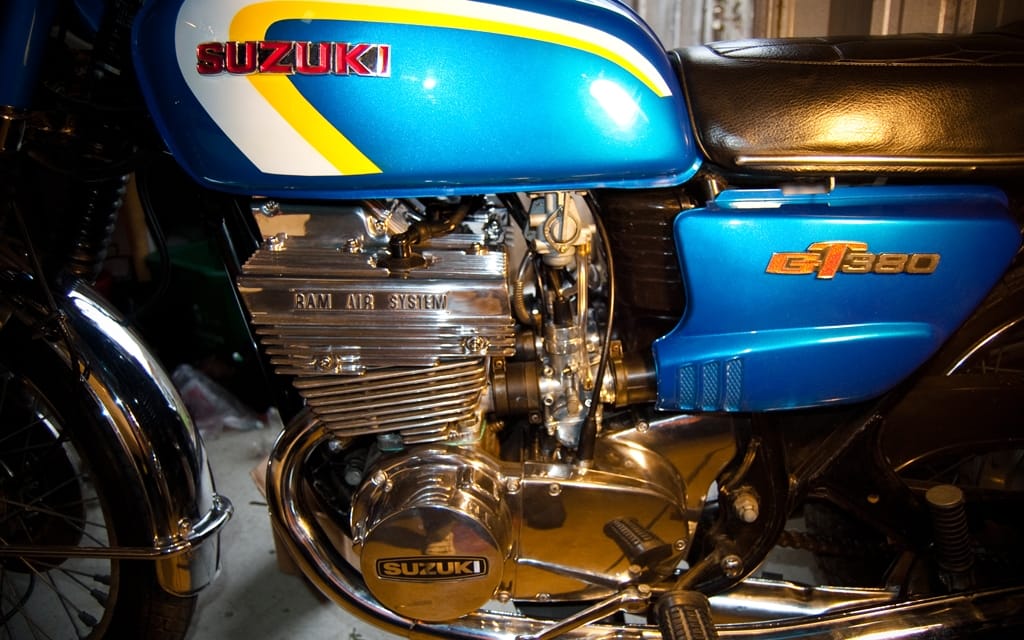 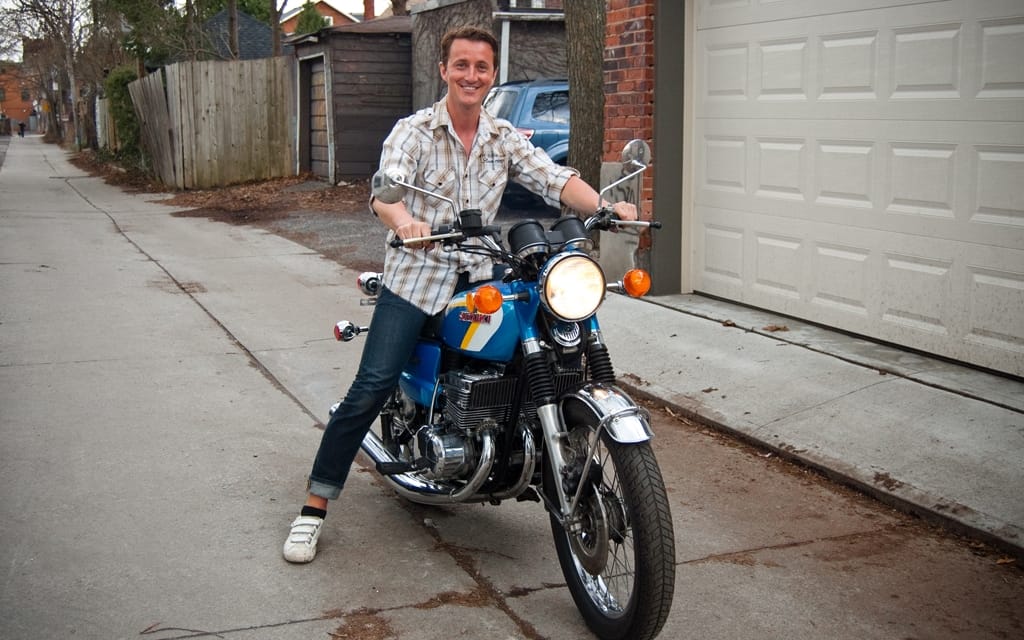 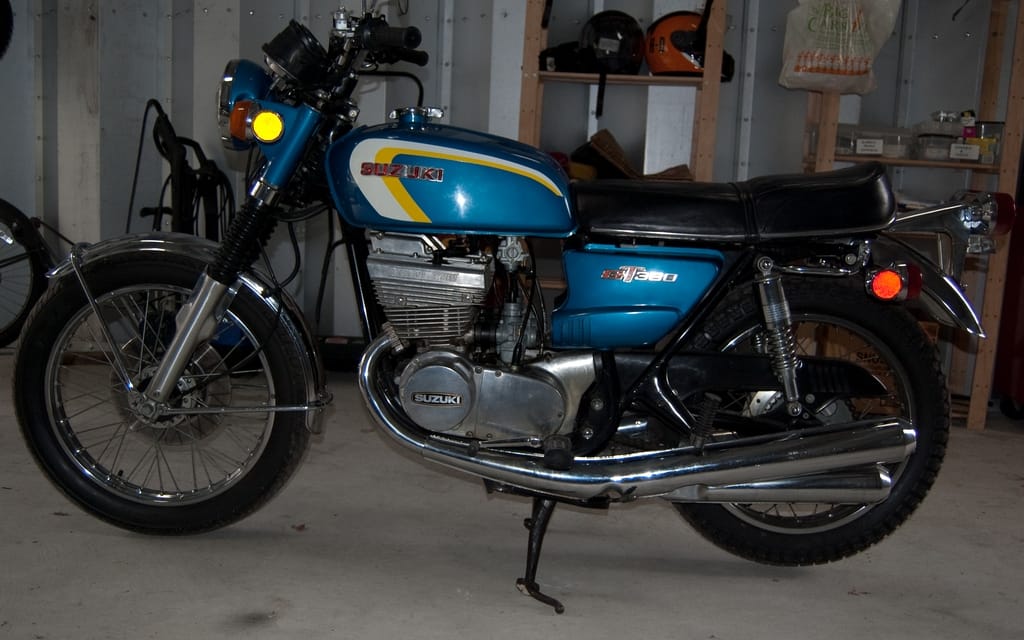 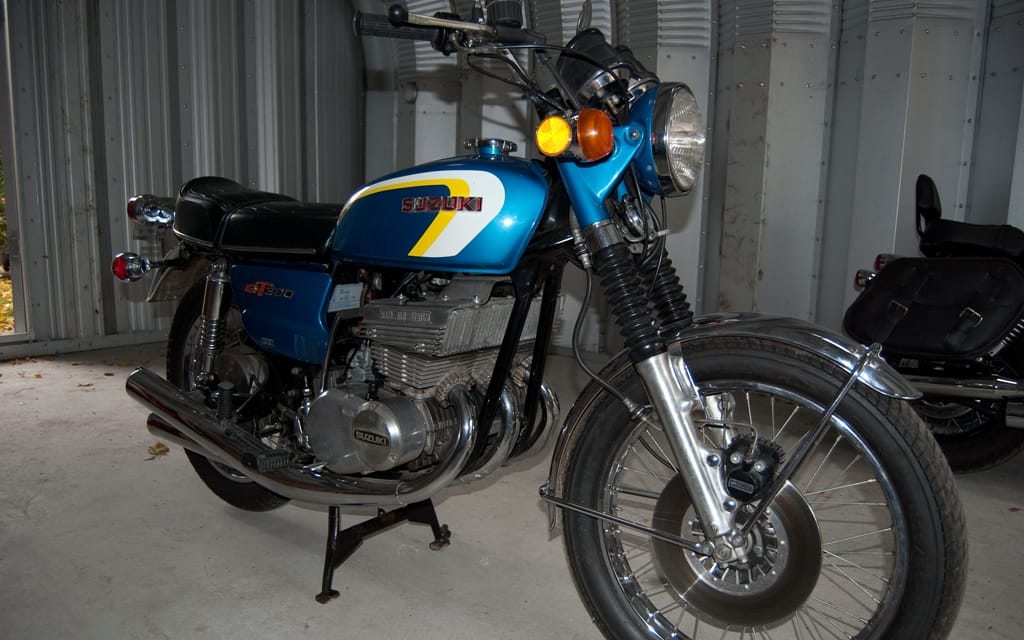 “Pretty much everything was a challenge,” Yan Fossat said right off the bat. Fossat, who emigrated from Nice almost 20 years ago, had restored a Suzuki GT380 as a winter project, but what might have seemed like a relatively simple undertaking had turned bolt-by-bolt into a consuming and costly endeavour before it was done. “So my plan is to get the bike in near new condition,” he said on his blog back in October 2010. “This will take some time and is likely to end up like one of these government projects, over budget and delayed several times.” He was right about that, but we were sucked in by his story, a blogged, dogged pursuit of nostalgic perfection. How did all this happen?

As many things do, by the intervention of a friend. This one, whose name is Matt, had picked up an old CB750 Honda, and Fossat enjoyed working on it with him. “So I wanted to restore a bike,” he told Cycle Canada one evening in Toronto.

BLOG: It had to be from the early ’70s before everything became ugly; it had to be multi cylinder and have some personality. A triple fit just right.

His quest turned up a 1973 GT380 that seemed to be in good shape, had 25,000 miles on the odometer, and was completely stock. He brought it home in late October and dug into the bike. The ram air scoop was oxidized, the head looked chalky, and there was an oil leak around the kickstarter oil seal, so the clutch cover had to be removed. That led to an unexpected problem.

BLOG: Those damn JIS [Japanese Industrial Standard] screws get chewed up by a Phillips driver in no time. I had to take a break, go to Atlas tools on Queen St. and get an impact screwdriver to save the day.

He continued removing pieces, piling up a collection of parts to be polished or painted. Scrubbing the exhaust pipes and mufflers revealed chrome plating in good shape, but the plastic lenses on the instrument gauges had turned yellow with age. Fossat had heard about a headlight lens restoration kit that he thought might improve things. Meanwhile, the air filter’s intake boot had been damaged. He found one from a ’74 model on eBay, and bought it.

BLOG: It was dirty but in good shape. I spent a good while cleaning it up and eventually found out it didn’t fit. Damn it, the ’73 and ’74 parts are a little bit different size on the large inlet that connects to the filter.

Buying parts on eBay became a lesson in caveat emptor. Some things that Fossat obtained through the Internet site were fine, but other things were no fresher than the parts he wanted them to replace. The Internet, of course, was a useful research tool, but Fossat found a surprisingly old-fashioned source for vintage Suzuki parts: Suzuki. Toronto dealership Snow City Cycle was able to get original parts from Japan, parts that Fossat said were “completely obscure” and “discontinued for 20 years.”

By the end of October, he was pulling off the Suzuki engine’s top end. He got the carbs off, and then found that the carburetor floats had been dinged up. Next, the head was removed, and then the cylinders. The head was in good shape, but the pistons were not.

BLOG: The centre one in particular had some nasty seizure marks. This was beyond cleaning but I found new pistons on eBay from Japan. Taking the pin off the piston was a bitch. I had to rig an extractor using a bearing puller to get it out.

Fossat got those new pistons from Japan, and a pile of other parts from the U.S. and U.K. It was November, and he had spent hours taking things apart, finding replacement parts, reading manuals and learning how the GT’s systems were meant to go together. He had delivered hard parts to the Polishing Depot in Toronto, and had boiled his carburetors.

BLOG: I took everything apart, put aside the rubber bits (O-rings and such) and boiled everything else for about a half hour in a mild acid solution. The carbs came out clean but dull looking. I picked up some polishing bits for my Dremel and will give it a try this weekend.

Parts continued to flow in. Engine cover emblems, hoses and clips, bolts and washers, and a couple of new JIS screwdrivers from Japan. By the middle of November, he had everything he needed to make a good-looking Suzuki GT380.

BLOG: So after dismantling things for a while, it’s time to reverse the trend and start rebuilding. I bought a 3M headlight polishing kit. It works quite well but it’s messy. The results are surprisingly good for a do-it-yourself kit.

Fossat’s fiance, Takami, who is an illustrator, took on the precision task of repainting the fuel tank emblems; the translucent lacquer of red nail polish nicely simulated factory paint. Fossat took large items to Connery’s Custom Paint, also in Toronto. Parts were coming back from the Polishing Depot, and when the painting was done, Fossat would begin to re-assemble the Suzuki in earnest.

BLOG: I decided that, finally, I would rebuild the carbs. I have a whole bunch of small tidbits to assemble but it should be a breeze.

To set the float height, he would need to bend a small metal tab on the assembly. But the tabs on the old floats were straight, so someone had installed the floats without adjusting them, which might have explained why the bike ran poorly.

In early February, he cleaned polishing residue out of the carbs and cylinders, rinsed the parts in the kitchen sink, sprayed everything with WD40, and put it all in a hot oven to dry. “I feel like the Martha Stewart of engines,” he wrote. It was still too cold out to do much work in the garage, but by March, the weather was warming. He put the new pistons and freshened cylinders on, and continued working on the Suzuki through April. Takami and his son Le?onard helped, and he got the wiring together, the points adjusted, and the carburetors synchronized.

BLOG: Last came the gas tank and fuel line. After a few mishaps, like installing the petcock backwards, I syphoned some gas from the Harley and she was ready to go. She started after three kicks!

By June, Fossat was riding his 380 on the street, but it had developed a nasty smoking habit. Fossat’s main ride was a Harley-Davidson, so he let it slide for a while, riding the 380 now and then but always bothered by that smoke cloud. One day he was pulled over and given a fine for “unreasonable smoke,” so he replaced the oil pump with an eBay unit and cleared the air. But while he had two oil pumps available for comparison, he disassembled them and found the reason for the smoke: someone had installed a cam backwards, making that pump work constantly at full capacity.

By the fall, the Suzuki was working perfectly, and though it was in practical terms a secondary motorcycle, an unexpected event thrust the 380 into Yan’s personal spotlight.

BLOG: Through accidental circumstances the GT380 has now become a touring bike. See, I also have a Harley and that’s my typical ride around town and for weekend trips. Well, as it turns out, my Dyna was destroyed by a truck that backed up on top of it. The bike was a writeoff, bent frame and all, and although I ordered a new one, it won’t be here until October. So for the time being my little hobby bike is my main ride. Not letting this stop me in any way, this weekend the girlfriend and I went for a nice three day, 700 mile ride through northern Ontario. Toronto to Manitoulin Island to Sudbury and back to Toronto. The GT performed flawlessly.

After that September note that his Harley had been destroyed, there are no further entries in the Suzuki blog. There are, however, other tales, for Yan Fossat may have taken his 380 to the point of blogged perfection, but for this transplanted Frenchman, the Suzuki restoration was just another beginning.