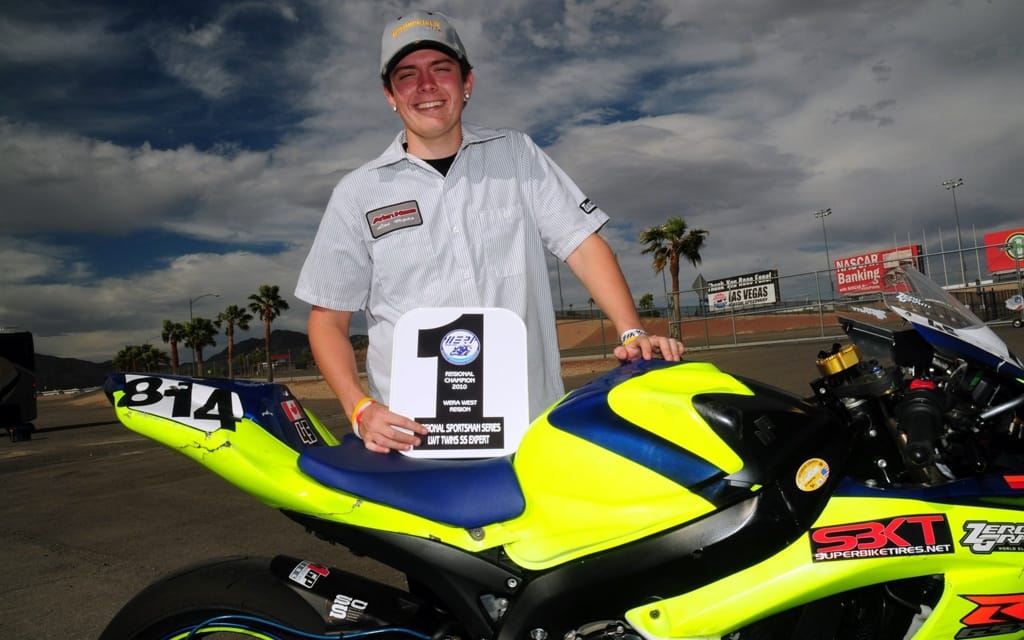 Sudbury, Ontario native Javelin Broderick will be making his debut in AMA Championship Road Racing this season. Broderick, who now resides in Ojai, California, began his racing career in 2008 aboard a Yamaha PW80. After a championship winning inaugural motocross season Broderick switched to road racing. Having since then amassed four titles in just three years of WERA series racing — culminating in the 2011 WERA West Expert B Superbike Championship — the sixteen-year-old is now moving up to the AMA series to pilot a Yamaha R6 in the Pro Supersport class with support from Yamaha Motor Corporation USA.

Be sure to watch for Broderick aboard his Team Zag Racing Dynojet Yamaha R6 in this year’s AMA Pro Supersport Championship which kicks off March 16th at Daytona International Speedway.