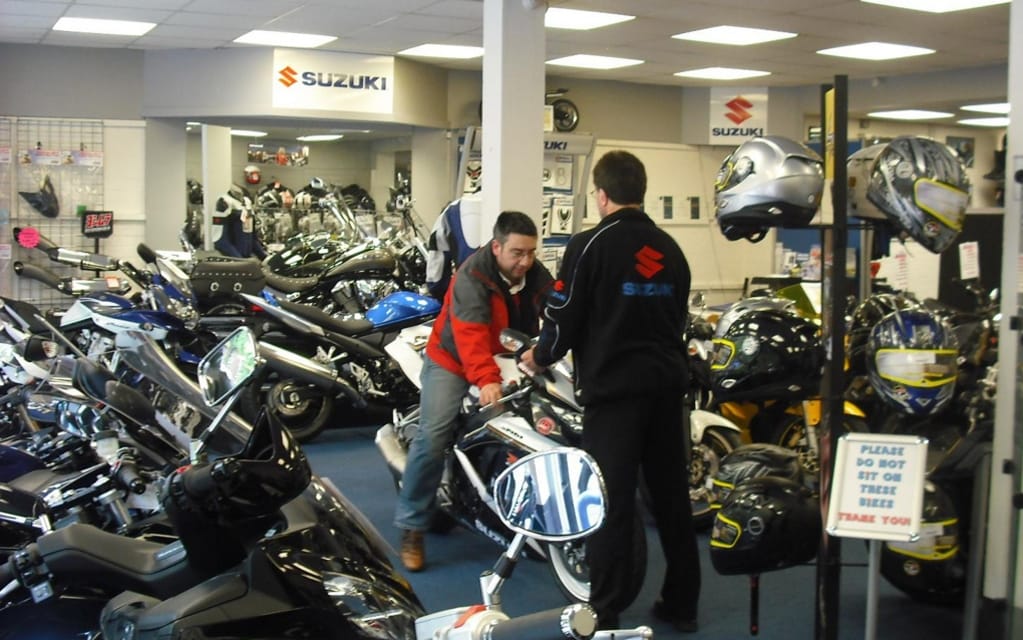 Motorcycle buyers had a better purchasing experience in 2011 versus 2010. So says a study by U.S. researcher J.D. Power & Associates. The firm’s 14th annual U.S. Motorcycle Competitive Information Study, based on responses from 8,123 owners who bought a new machine between September 2010 and May 2011, gauges overall ownership experience in terms of product, build quality, cost of ownership, sales, service, and warranty.

The most significant improvement came from the sales satisfaction category, says the study, increasing to 856 (out of 1,0000) from 838 in 2010. Product satisfaction and cost of ownership were also improved, according to the report.

“As satisfaction increases, so does owner loyalty and advocacy,” said J.D. Power’s Brent Gruber. According to Gruber, the market is showing a recovery, as customers spent more for their motorcycle in 2011 than they did last year. The average owner-reported price paid in 2011 is $16,125 (all figures USD) — nearly $2,000 higher than in 2010. On average, owners this year are also spending $1,340 more on aftermarket parts and accessories and $439 more on riding gear. “Manufacturers that focus on delivering high quality and superior service now will experience a long-term positive financial impact from their efforts,” said Gruber.

It’s not all good news though. While approximately 50% of respondents said they have had no problems with their new bike, the rest of the respondents had at least two complaints — meaning that build quality is down versus last year, according to the study. The highest proportion of complaints concerned the engine — 27% of problems — with excessive and unusual engine noises, and excessive engine vibration topping that list. Second-most complained about overall were fit and finish, followed by issues with braking and ride.

Perhaps stating the obvious, the study also finds that as customer satisfaction increases, the likelihood that an owner will repurchase their motorcycle brand and recommend their brand to others also increases.