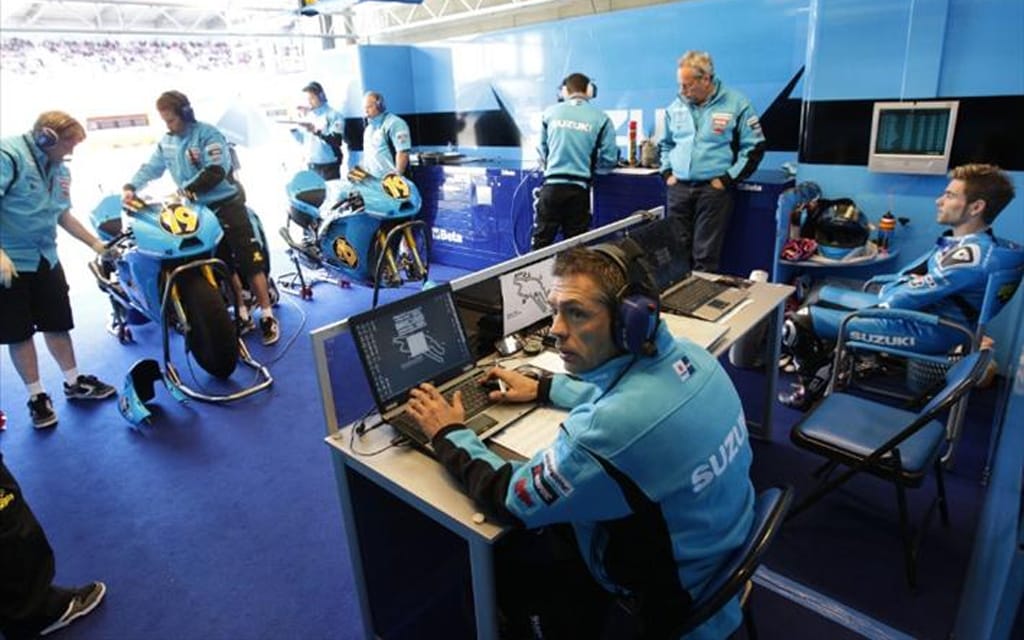 What has been rumoured for the past week is now official. Suzuki has withdrawn from MotoGP competition. In a statement released this morning titled Temporary Suspension Of MotoGP Racing, Suzuki Motor Corporation says it has decided to temporarily suspend its participation in the MotoGP championship. Blaming the prolonged recession, high Yen, and recent natural disasters as the cause for its MotoGP exit, Suzuki says its focus will now be to develop a competitive machine for the new 1000 cc class with an eye to returning to MotoGP in 2014.

The Rizla Suzuki MotoGP team had already cut back to just one rider, Alvaro Bautista, in 2011. Bautista, who took three top-six finishes after recovering from a broken leg early in the season, has signed to ride for Gresini Honda next year. Though MotoGP is switching to 1000cc engines for 2012, Suzuki could have continued with their 800 cc bike (with a 3kg weight advantage), something French rider Randy de Puniet made clear he wanted to do, after recording impressive lap times aboard Suzuki’s current machine during the post-season Valencia test.

Suzuki’s MotoGP exit leaves Honda, Ducati and Yamaha as the only remaining manufacturers fielding factory teams in the premiere class. Kawasaki withdrew in 2009 as did Aprilia in 2004.